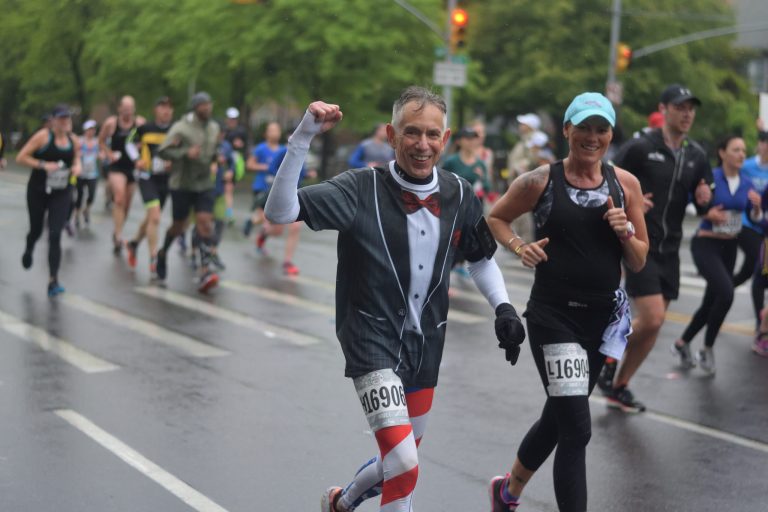 Posted by: Ben Mayersohn in Cheer Report, Half Marathon 2 years ago

The Brooklyn Half is one of the largest half marathons in the US, and also one of the hardest to get into. Last year, the race sold out in under 30 minutes. This time around, technical glitches resulted in slower sales, and registration remained open for about three hours – still not a very long time! I actually had a bib for this race, but decided that cheering would be way more fun (AND I’m very much undertrained).

The race begins with a nice downhill stretch on Washington Ave, then runs up and down Flatbush Ave, then along the perimeter of Prospect Park until just after the 5K mark. The runners then complete a counterclockwise loop of Prospect Park, make their way onto Ocean Parkway, and head straight down (with a few turns thrown in at the end) to Coney Island! 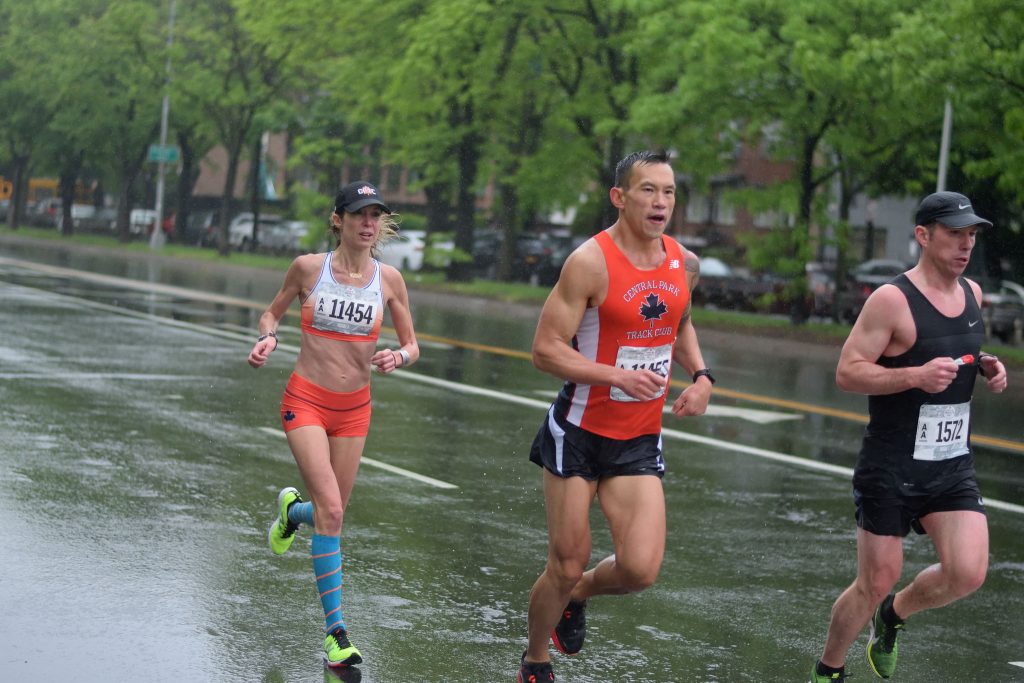 There’s a great post on Reddit about how to PR the Brooklyn Half. By the time you’ve gotten to Ocean Parkway, you’ve finished the hardest part of the course (Prospect Park). But the author refers to this long stretch as “Just Ocean Parkway and Your Thoughts”. There are a lot of dead zones on the parkway, and the goal of Cheer Everywhere is to reduce the number of such dead zones! That leads us to our cheer spot section!

I decided to cheer on 18th Ave and Ocean Parkway, runners’ right. 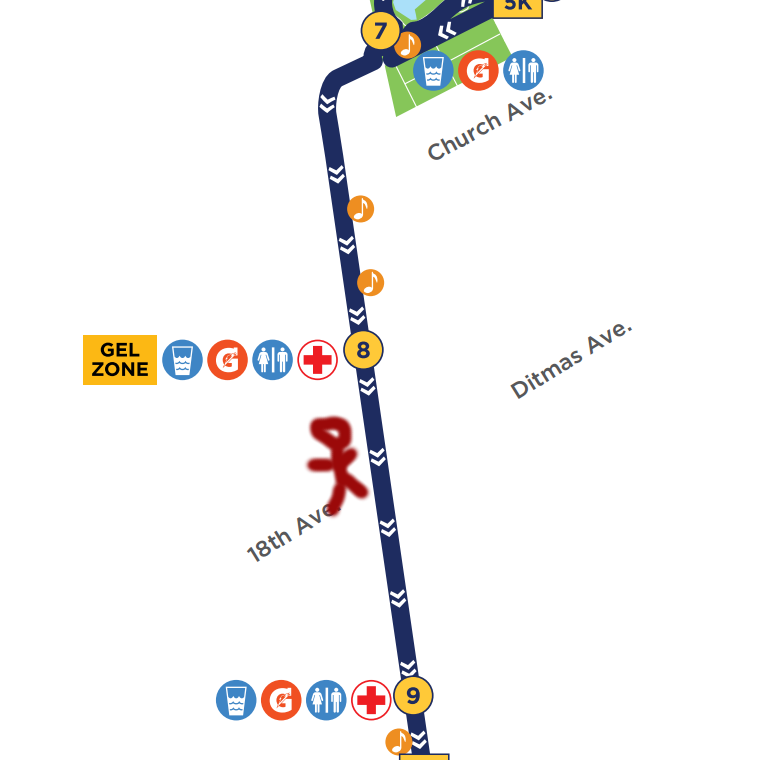 It was a rainy morning on an already spotty stretch of course, but the spectators still showed up! 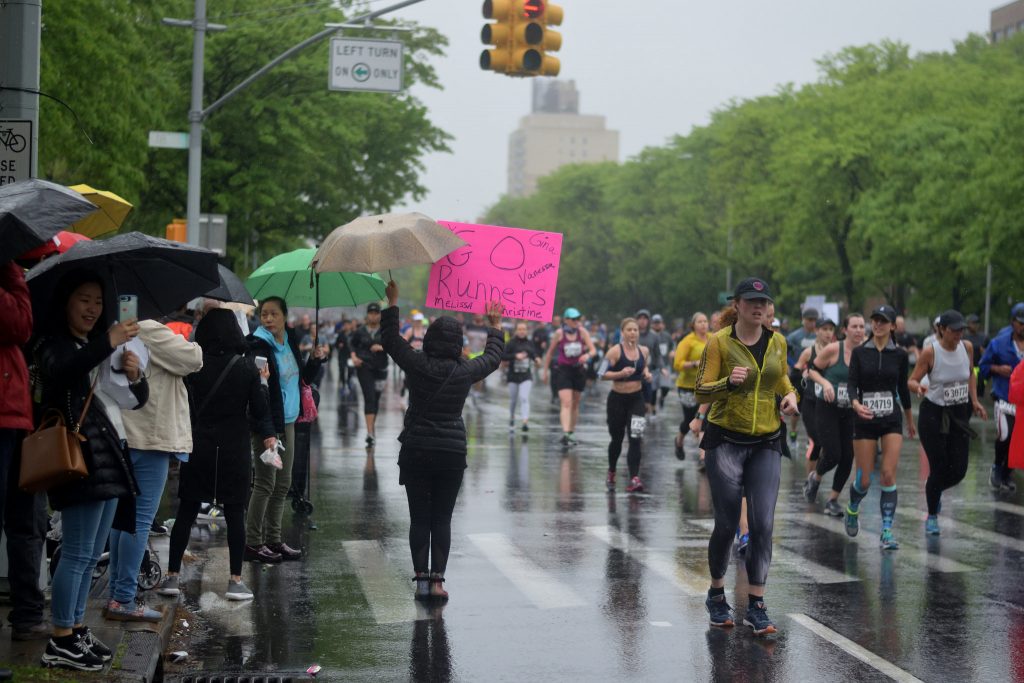 I provided the music, while some other awesome spectators brought the signage. This person standing behind me was an especially great cheerer. Anyone know who she is?? She totally embodies the spirit of Cheer Everywhere! 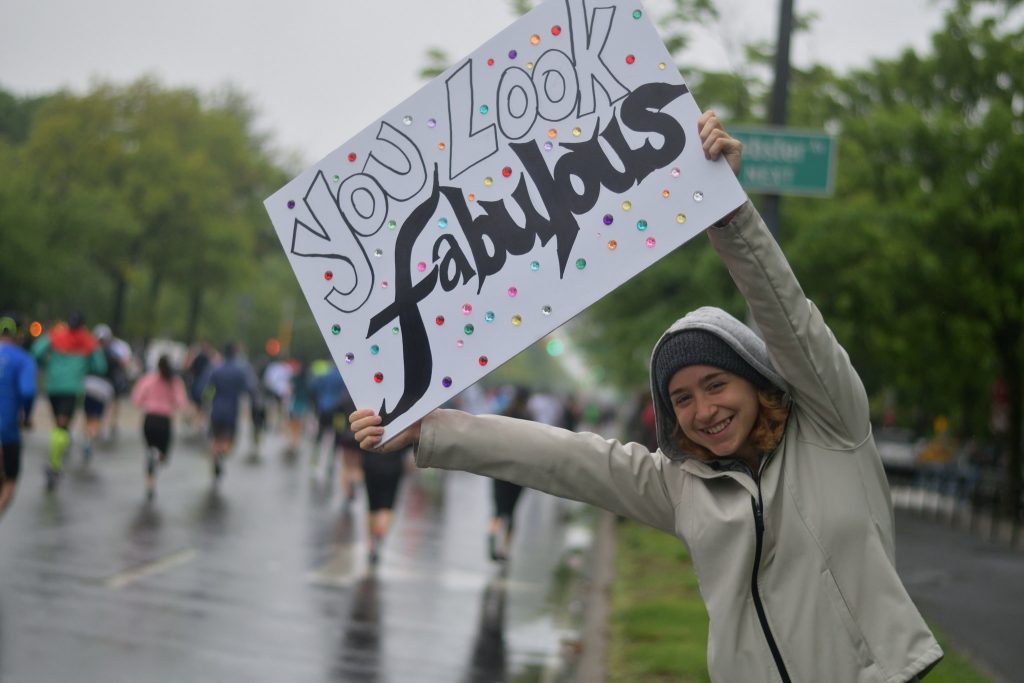 This time around I cycled through a couple of playlists. I mainly stuck with the same one I used at the Broad Street Run, called “Nu-Disco Funk Mix May 2018”.

I decided to bring both of my speakers this time around. In my cheer report on the NJ Marathon I had commented that the bluetooth connection in the two-speaker setup degraded as I upped the volume. Perhaps the speakers just weren’t charged enough, because this time around I was able to increase the volume significantly without this issue. I had brought just one speaker to the Broad Street Run and found the sound wasn’t sufficiently loud. So from now on I’ll be slinging around two of these bad boys! 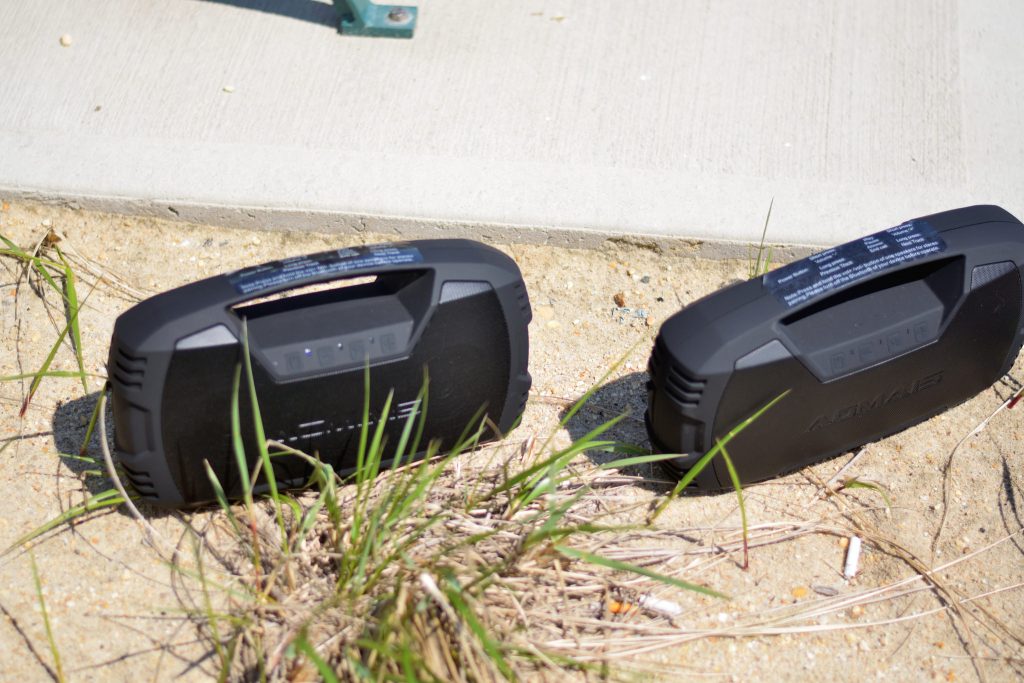 I doubt this runner recognizes me, but I’ve seen him wearing tuxedo running shirts at a few races. 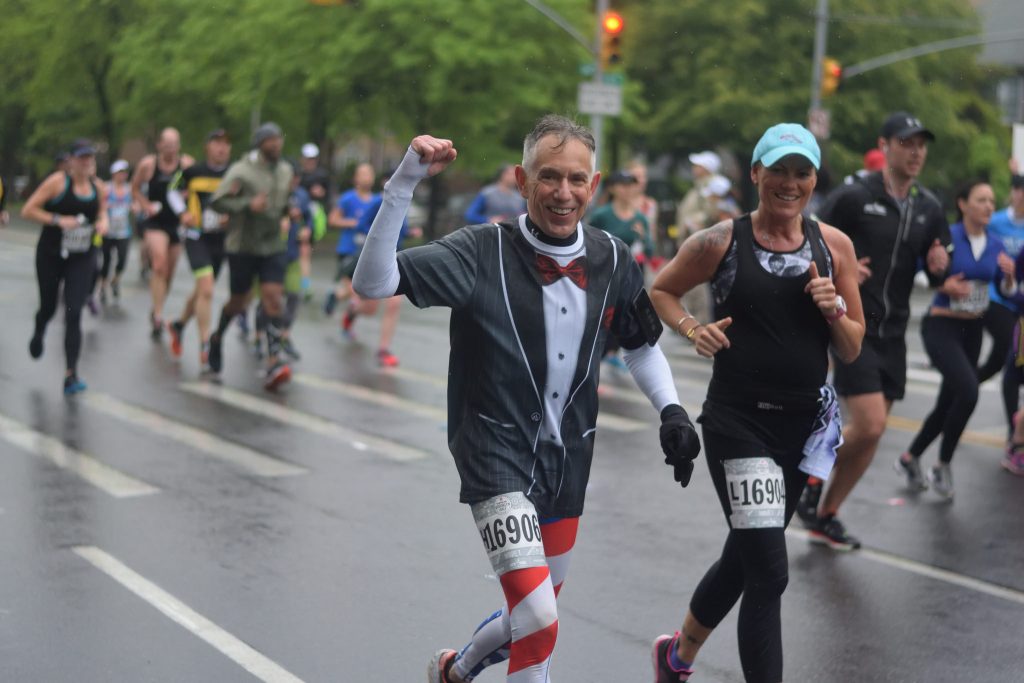 This photo’s from the New Jersey Marathon. 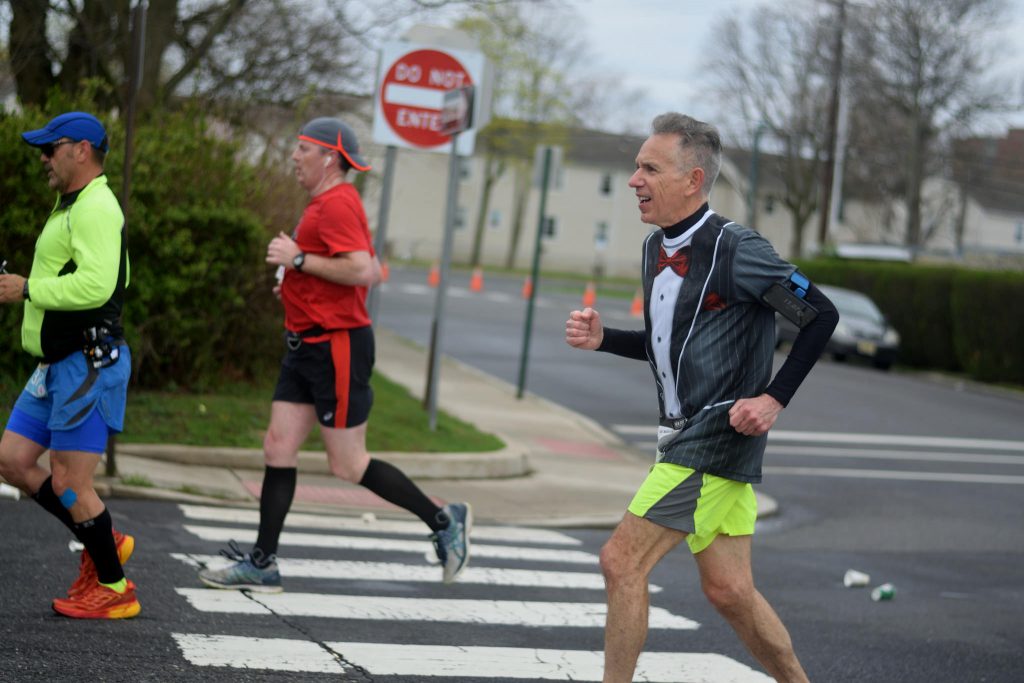 And this one’s from the Washington Heights 5K. 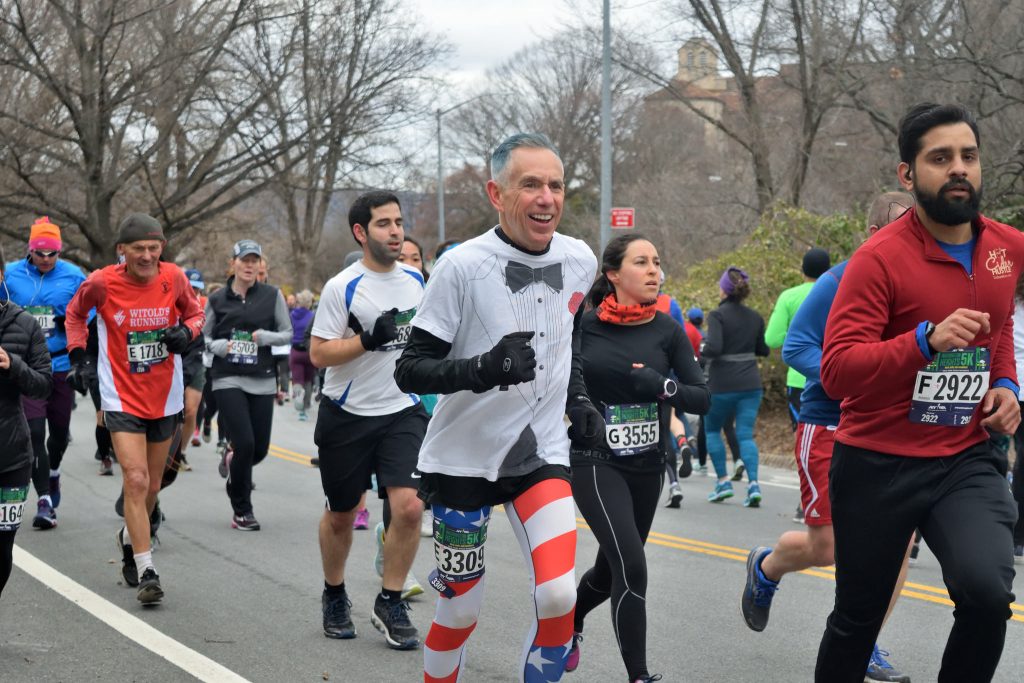 Truth be told – I’m a sucker for interesting outfits. So if you want to make one of my photo albums, go all out! 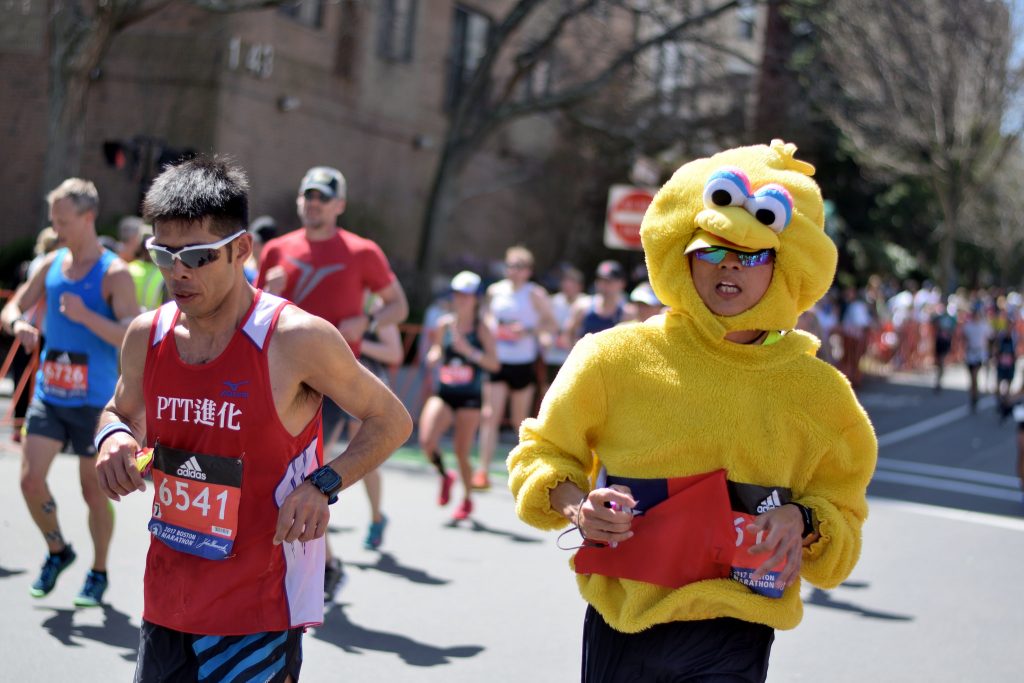