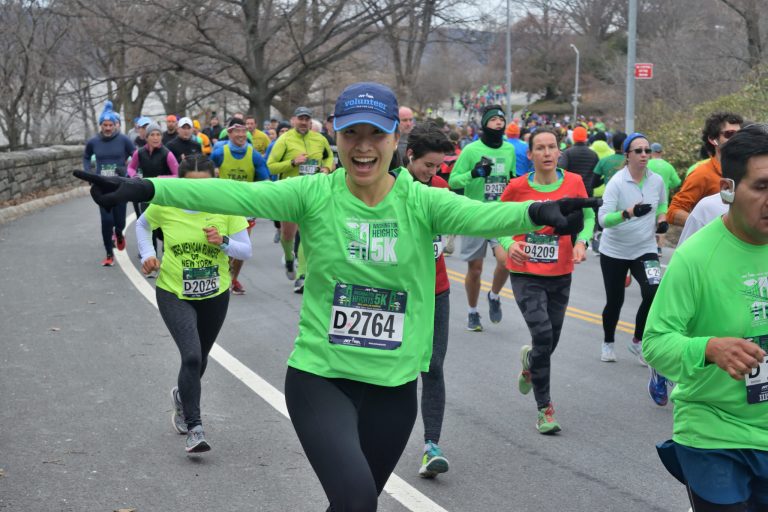 Posted by: Ben Mayersohn in 5K, Cheer Report 5 years ago

You Can Find Me In the Club

Before Sunday, I had three NYRR races in the cheering books this year: the Fred Lebow Manhattan Half, the Gridiron 4M, and the Al Gordon 4M. And I wondered to myself – how many running clubs are in NYC? Some of the bigger teams would always have some representation in these races. But I suppose I expected more runners from each team? Or maybe I expected to see more teams represented? To be honest – I’m not sure exactly what I expected, but now I know the answer to my question (though I’m not exactly sure what my question even was!)

The aforementioned three races did not count towards club points – NYRR’s way of fostering healthy competition between the registered clubs. I’m not going to get into the details, but it’s a system that rewards top performances in designated races, with additional points for every member who participates on behalf of their team. At the end of the year, the points are tallied and the winners are acknowledged at NYRR’s club night in February. 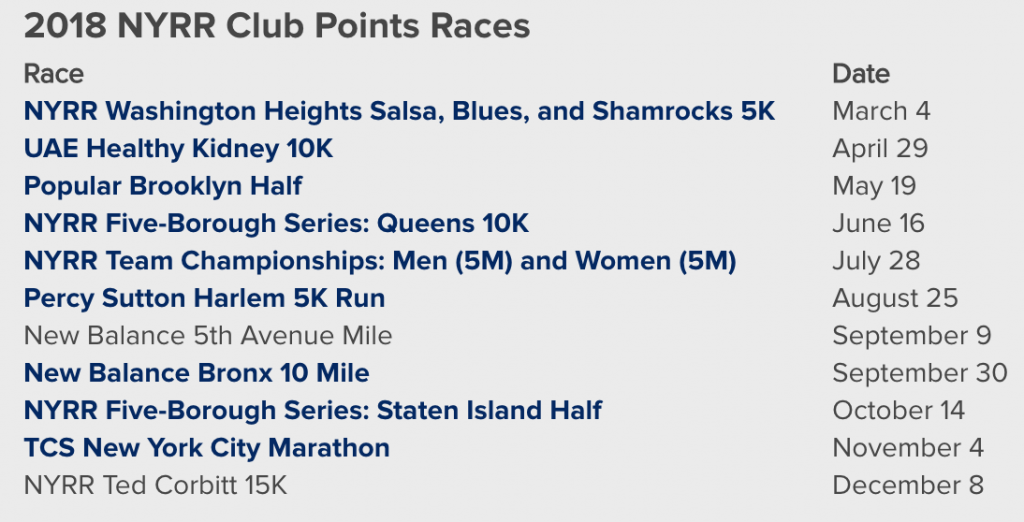 This Sunday’s Washington Heights 5K was the first race of the year that was designated as a club points race. That means more teams and more runners per team!

Washington Heights is a long way up from Ditmas Park. I left at around 7 AM and arrived at the 190th Street A train station at 8:30. On the way up I ran into my friend Leo, who is a big fan of the pre-race/mid-race/post-race selfie. We ended up taking one at the cheer spot. 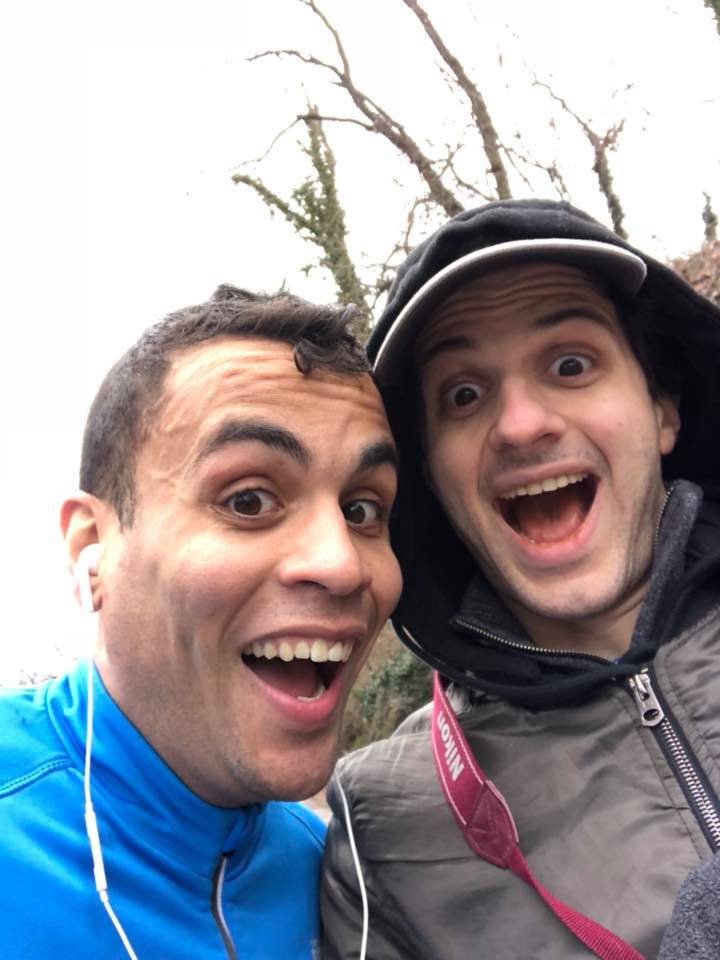 But I’m getting ahead of myself – I haven’t even mentioned where the cheer spot is!

Washington Heights is a hilly neighborhood. The views are fantastic from Fort Tryon Park, but the hills and associated struggles are real. The southern end of the park has a large hill that sits roughly at miles 1.3 (downhill) and 1.8 (uphill) of the 5K. I decided to make this my cheer spot. 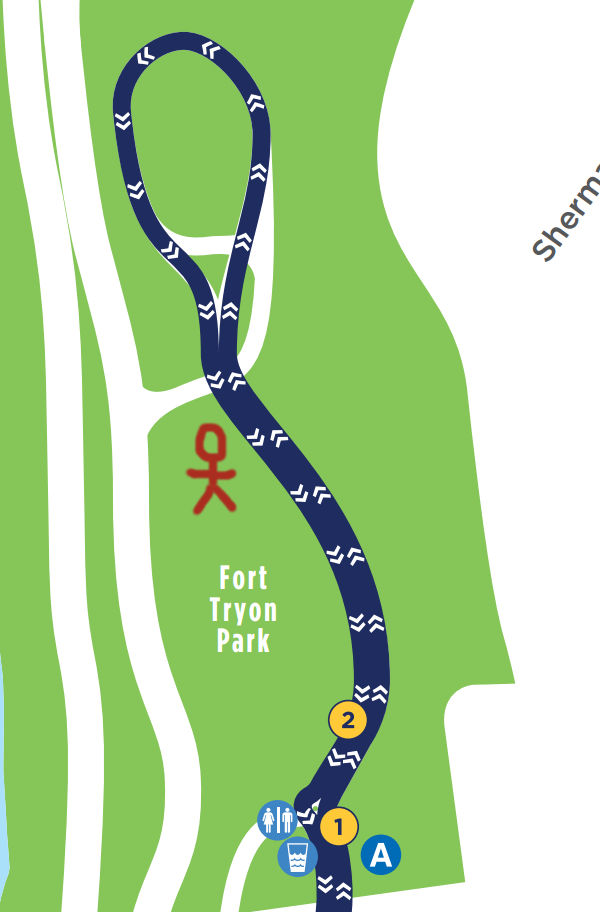 Here’s the thing about 5K’s – there’s very little time for the runners to separate out by pace. That means you’re getting a continuous (and packed) stream of runners until the walkers start to come through (more on them later). I got trigger happy and snapped about 700 photos in 40 minutes! Why?

My photo count post-curation is 269. Check ’em all out here! 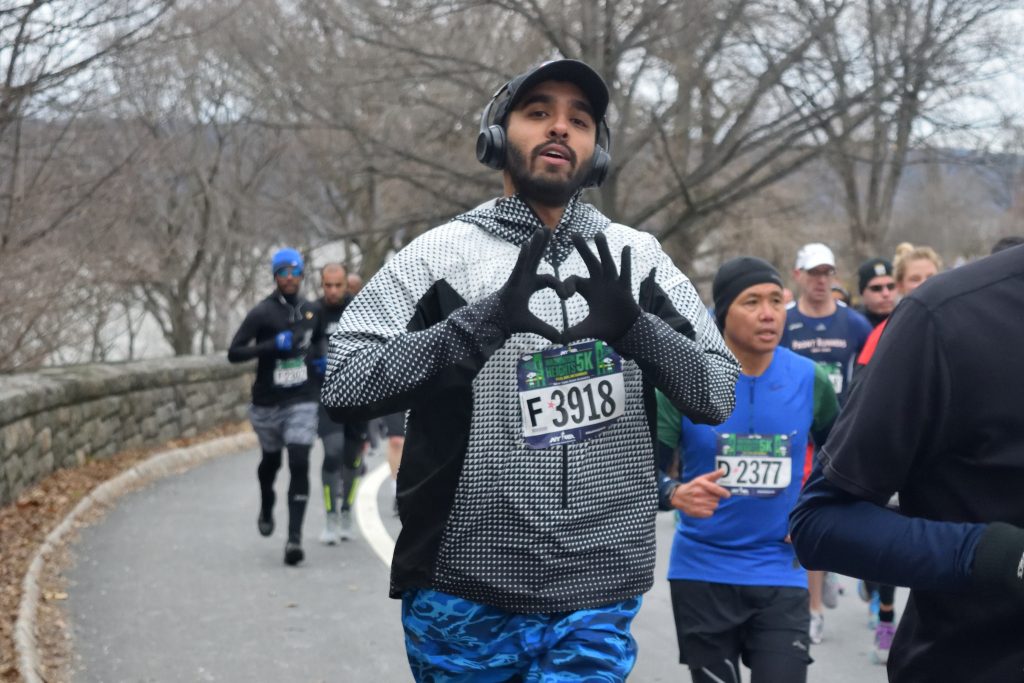 As a side note – I really like TrackSmith singlets, which have a simple design (a diagonal stripe on a solid background) but look slick as heck. Some NYAC and PPTC runners were wearing them. 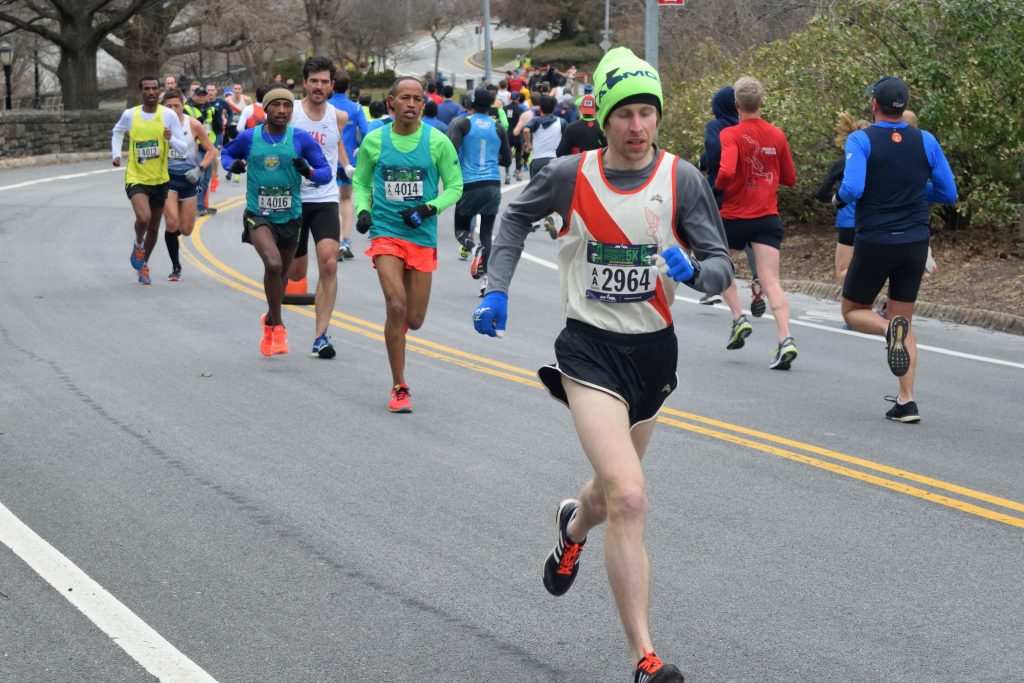 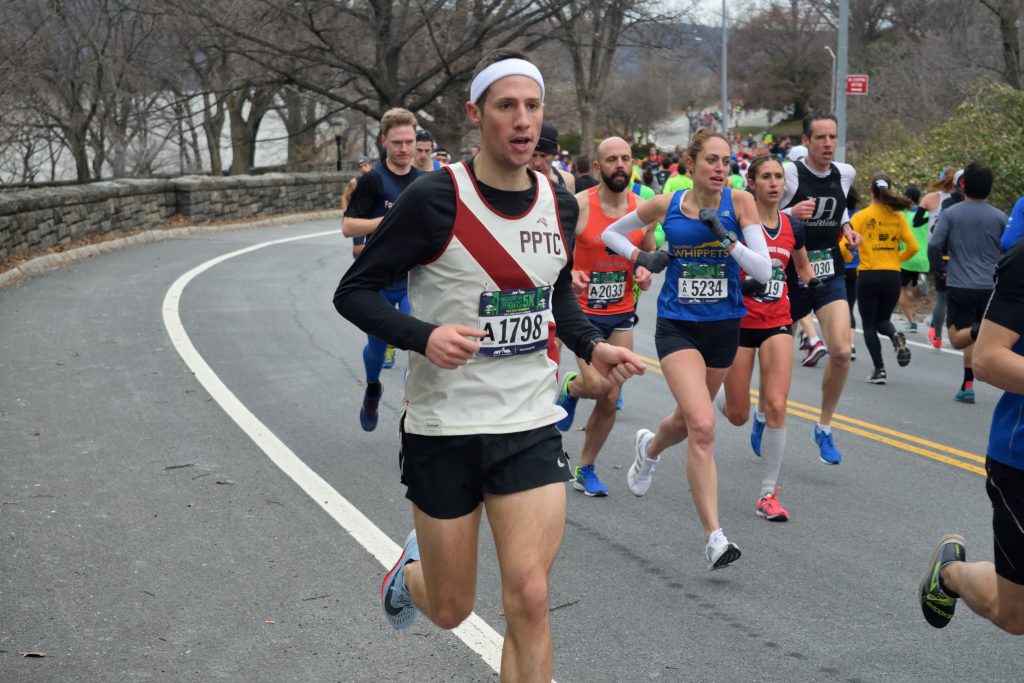 I did a quick search on YouTube for “running music” and found this. It’s pretty good!

I was considering a themed playlist, but I wasn’t sure how Irish folk music would go over during a 5K. Though I bet these runners probably would have loved it: 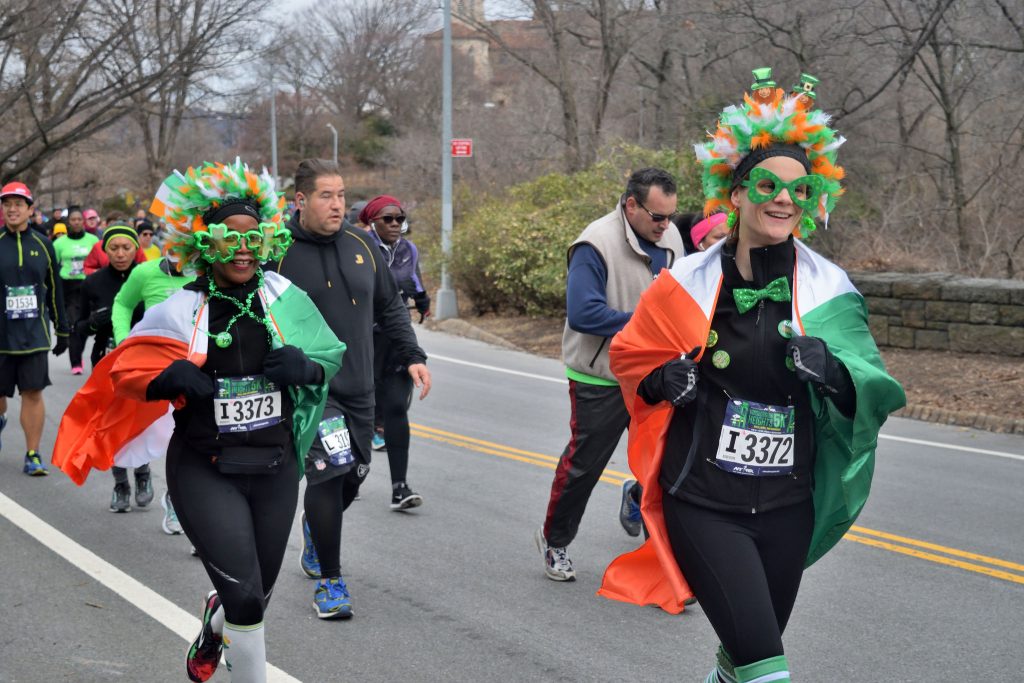 I hadn’t heard of the NYRR Striders until I saw them doing their thing on Sunday. They offer weekly walking sessions, primarily for seniors, and participate in select events throughout the year (from the NYRR website):

The NYRR Striders program is geared toward adults 50+ (younger adults are welcome to participate as well) and aims to improve attitudes toward exercise, to make running and walking more accessible, and to increase the presence of fitness walkers and older adults in NYRR five-borough events year-round.

The 5K was the first Striders event of the year – and it was inspiring to see them tackle the distance! 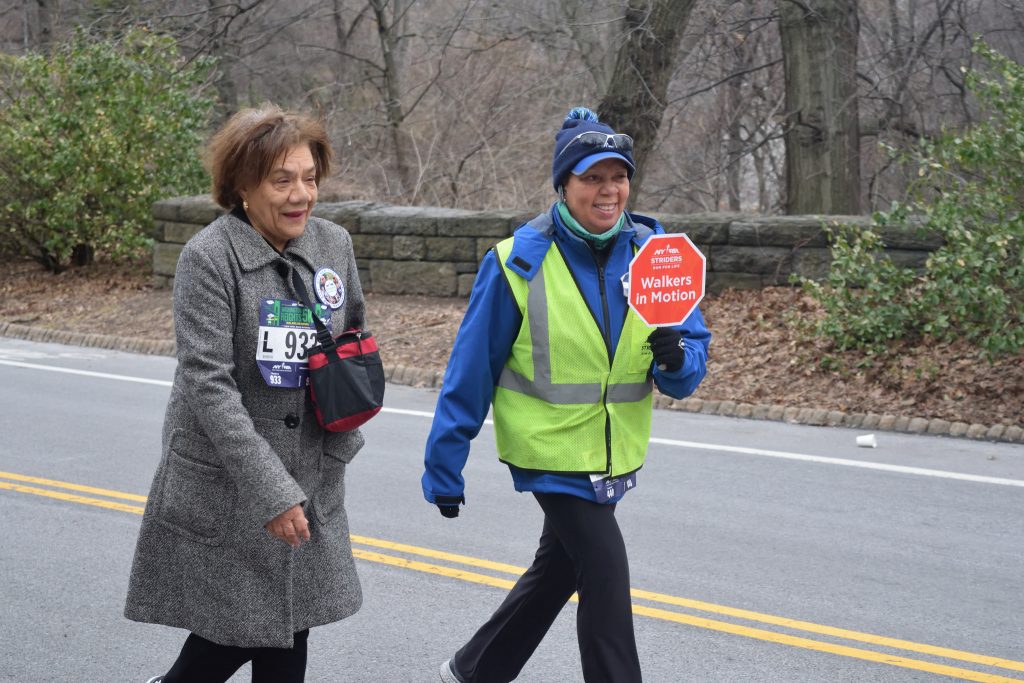 Next race: United Airlines NYC Half