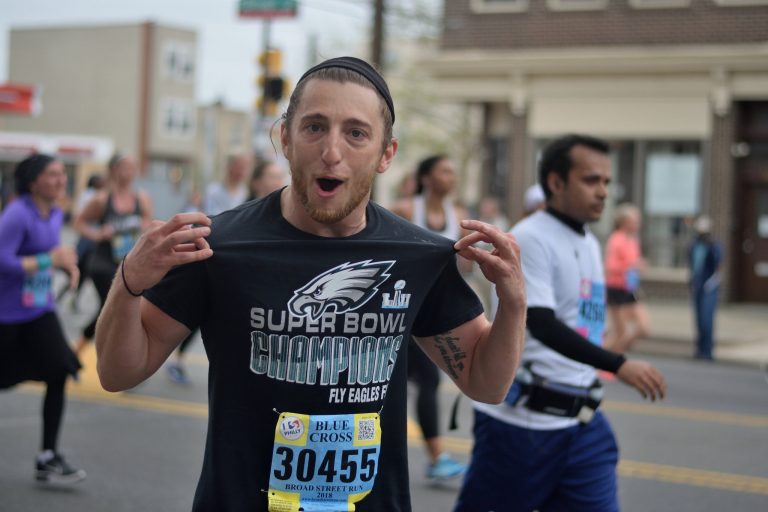 The Blue Cross Broad Street Run marks the last in a series of out-of-town cheering sessions. The weekend before I had taken on the New Jersey Marathon, and after a week of recovering from a mini-flu I was ready to hop on a bus to Philly!

Philly is special to Cheer Everywhere

This is a bit of a tangent, but the last time I was in Philadelphia was back in November for marathon weekend. It was this series of races – the 8K, half, and full marathon – that inspired me to create Cheer Everywhere in the first place! 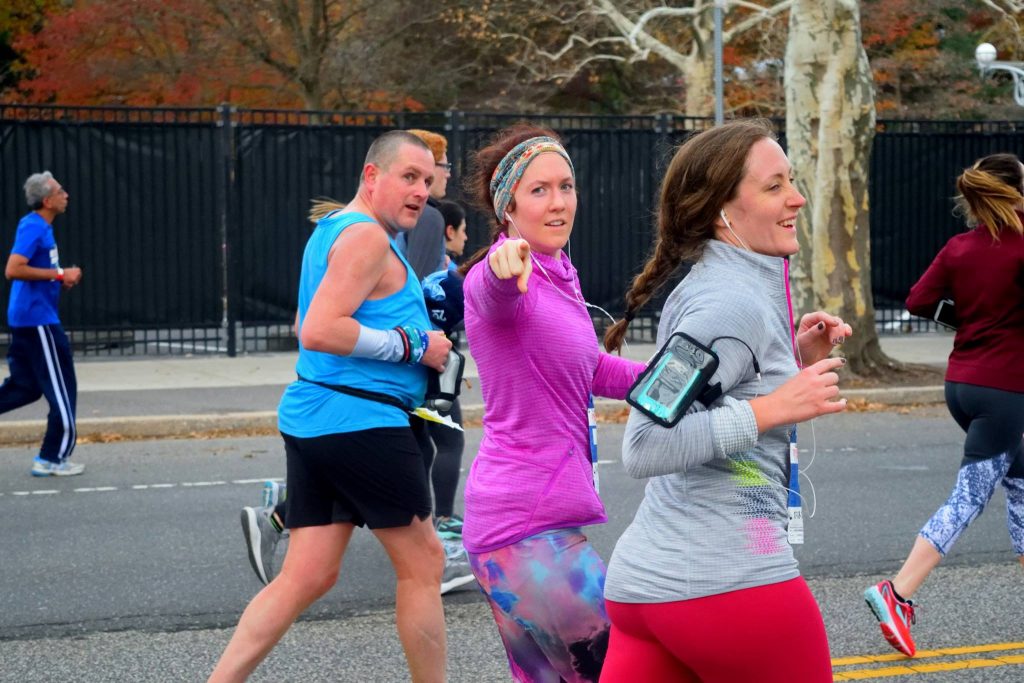 From the Philly Half – probably my favorite photo of that weekend!

When I was cheering on North 34th Street during the half marathon, I was surprised at how dead it was. Such a beautiful stretch of road and just a handful of spectators! 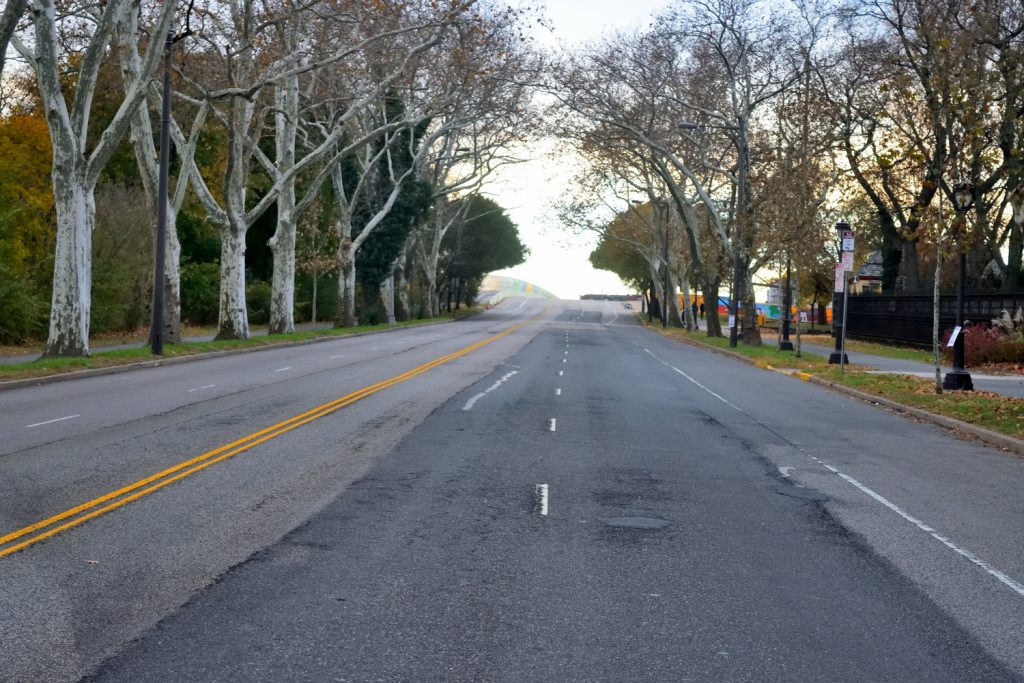 This made me think – what if this road were lined with people cheering? What if dead zones like this didn’t exist? As cheer bringers, our goal is not to restrict ourselves to spectator-friendly zones, but to cheer everywhere (aha!). Nowadays the “everywhere” in Cheer Everywhere also refers to the fact that I cheer at a lot of races, but it was from a single event in Philly that this concept emerged!

Back to Broad Street…

The Broad Street Run is the largest 10 mile road race in the country. It’s mostly downhill (though there are some inclines in the early miles of the race). Here’s the elevation chart courtesy of Strava.

Unlike the Philadelphia Marathon, which ventures into Fairmount Park and other parts of the city that are far from civilization, the Broad Street run takes place on a major street and contains few to no dead zones. I looked at the course map and tried to pick a spot that was (1) relatively late in the race and (2) was not a cheer zone. This put me a little after Mile 7. 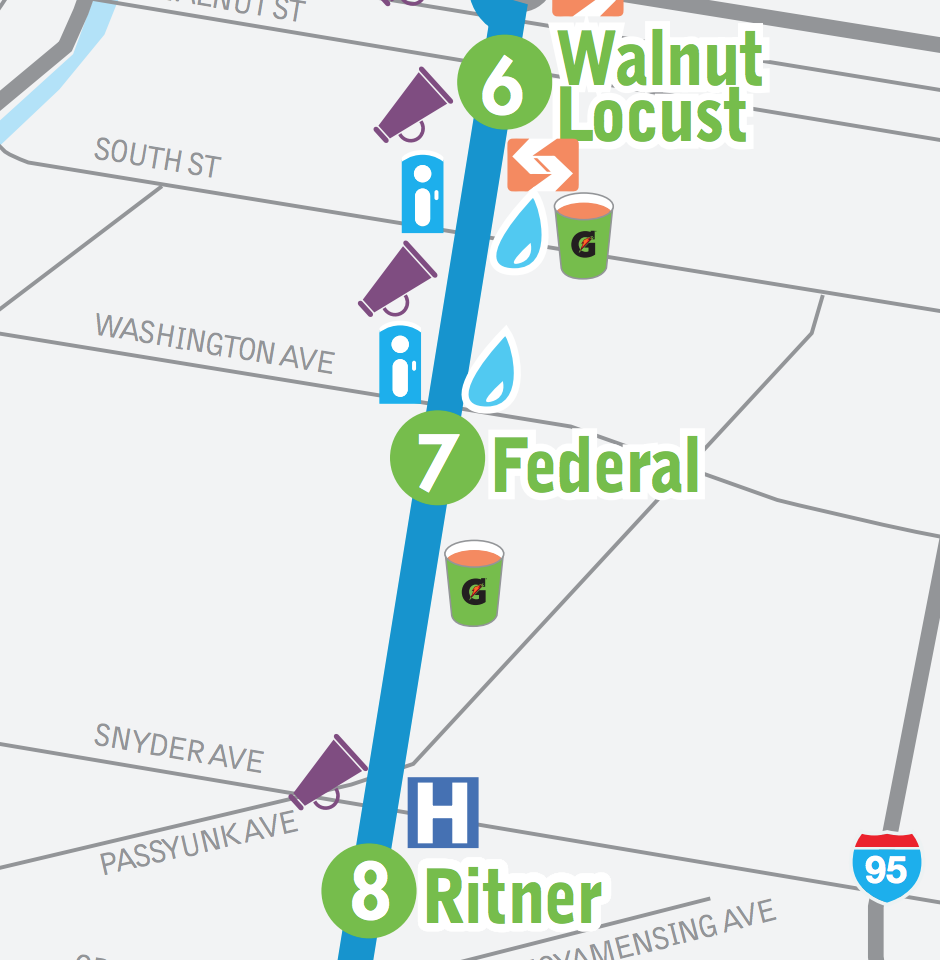 I decided to book an Airbnb right nearby. Normally in these cheer reports I have a section on the journey to get to the race, but I’ll spare you the details this time around.

I did a pretty good job picking out the cheer spot, as I was the sole provider of music! The playlist I used is called “Nu-Disco Funk Mix 2018”. It’s got a nice mashup of “Superstition” by Stevie Wonder with the beat of “I Got to Find a Way” by The Family’s Jam. The latter group is my new fave. Here’s another (very danceable) song by them:

About 30 minutes into cheering, a November Project mini crew parked in front of me to encourage their members. A TON of them were running – mostly from Philly but I also spotted some other tribes. They handed out cans of Bud Light to those who wanted it. There’s no smile quite like the “I got free beer and totally earned it” smile. 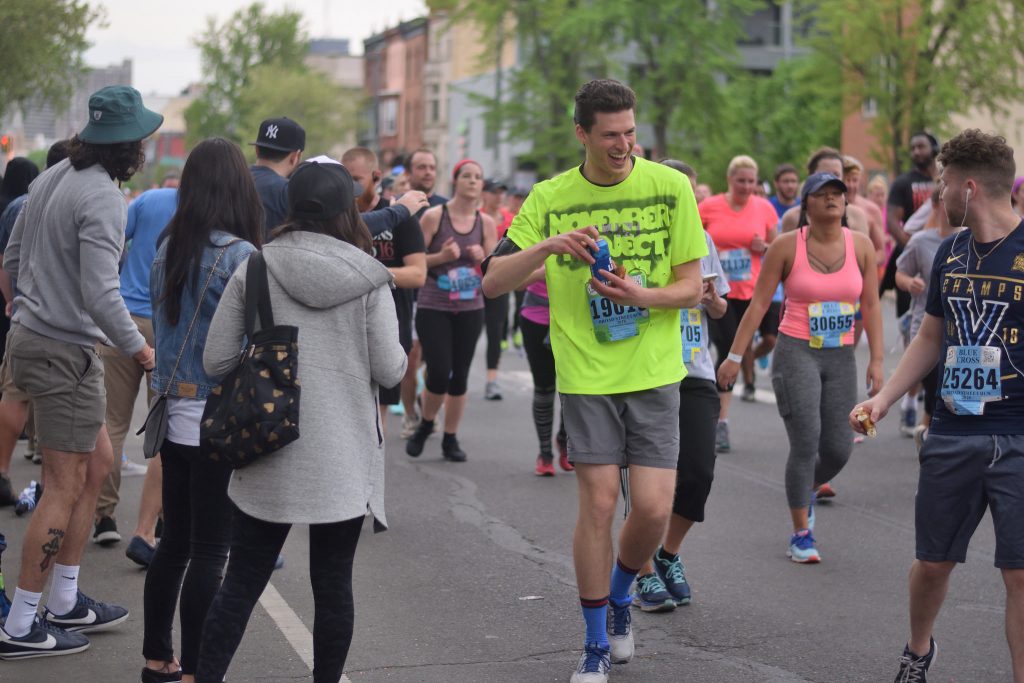 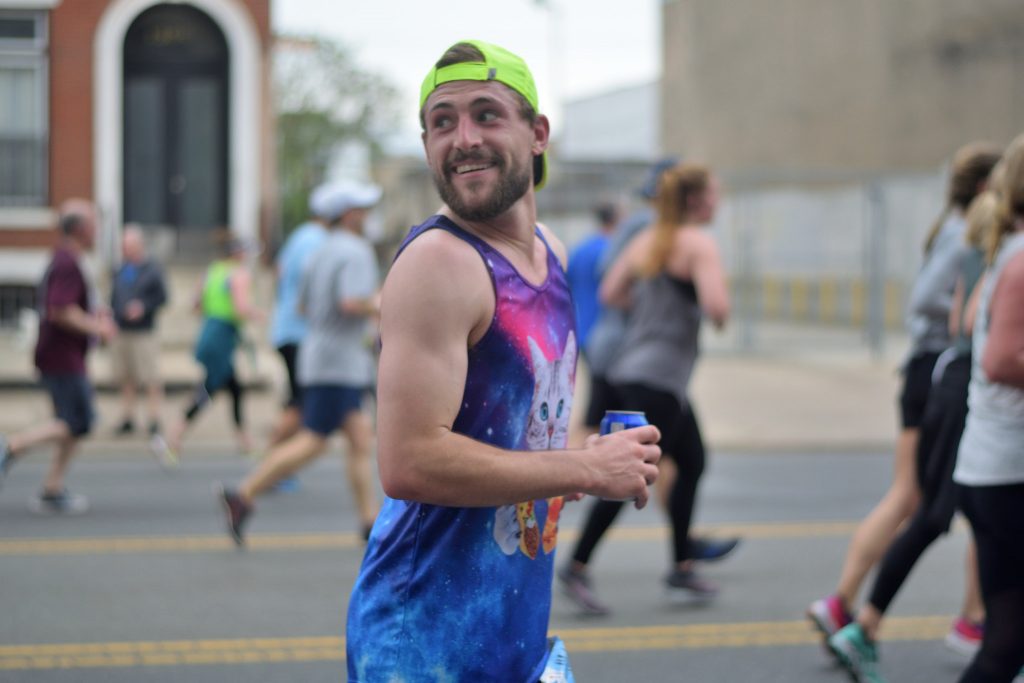 “I can’t believe they just gave me beer!”

My favorite part of the day was the walk back up Broad Street towards the Greyhound Station as the race was winding down. I kept my music on and played it as I walked past some of the runners. It created a soundtrack for the whole experience. Meanwhile, volunteers were sweeping up the streets. Some people were walking with their medals. Other folks were doing a mix of running and dancing. 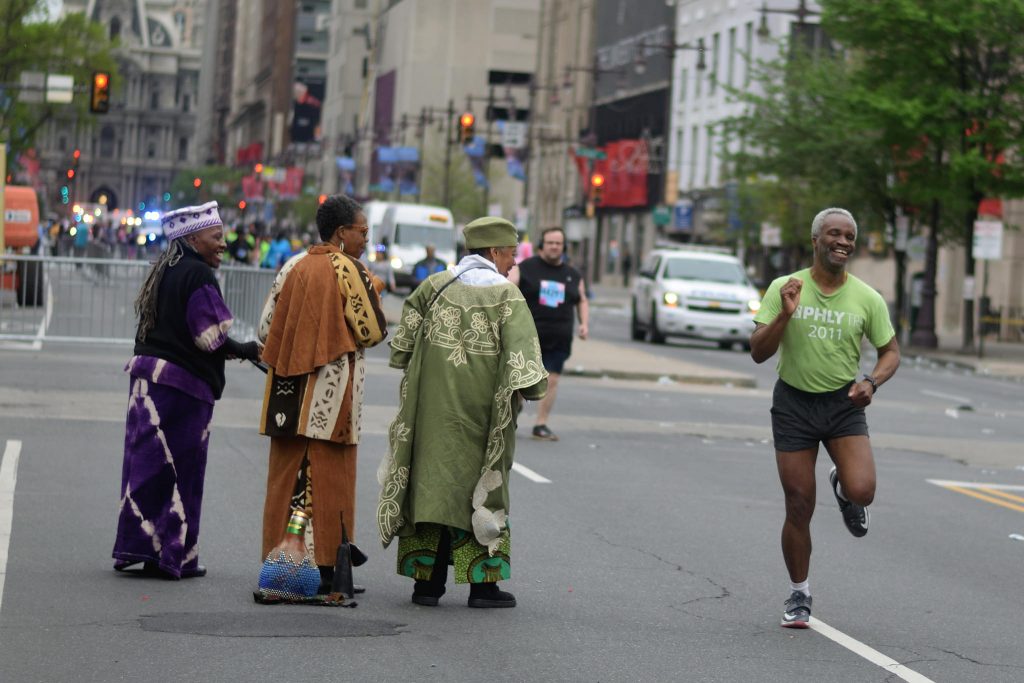 Lots of kids representing Students Run Philly Style were laughing their way to the finish (and helping others get there as well). 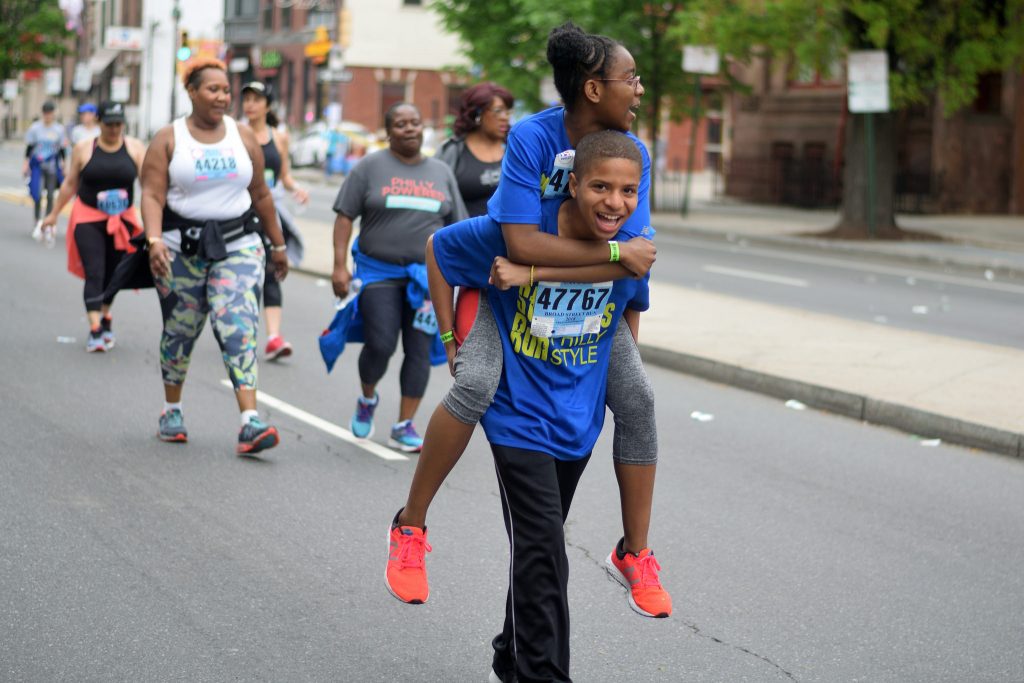 I will definitely be back next year! Tons of runners, tons of crowd support, and tons of community building. This is the kind of race you don’t want to miss!

Next race: NYRR Popular Brooklyn Half