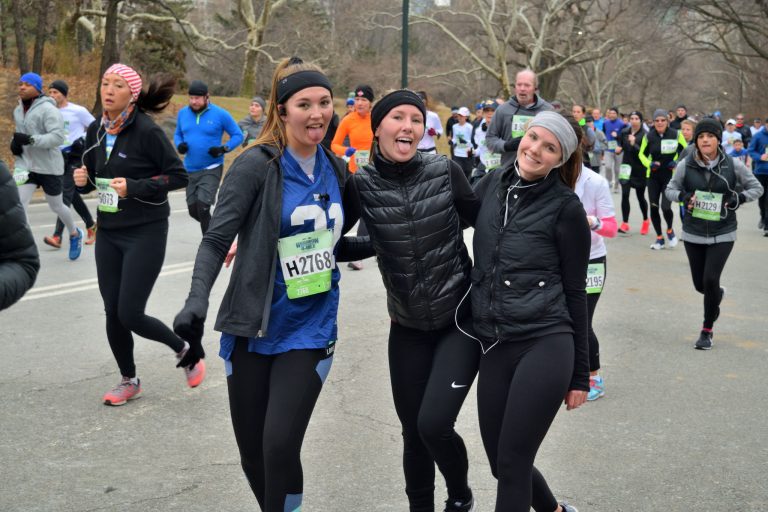 Posted by: Ben Mayersohn in 4 Miler, Cheer Report 5 years ago

This past Sunday was the Super Bowl – when the Philadelphia Eagles won their first NFL championship over the New England Patriots in Minneapolis. But even more exciting than this was the “big event” at 9 AM in New York City – the NYRR Gridiron 4 Miler! 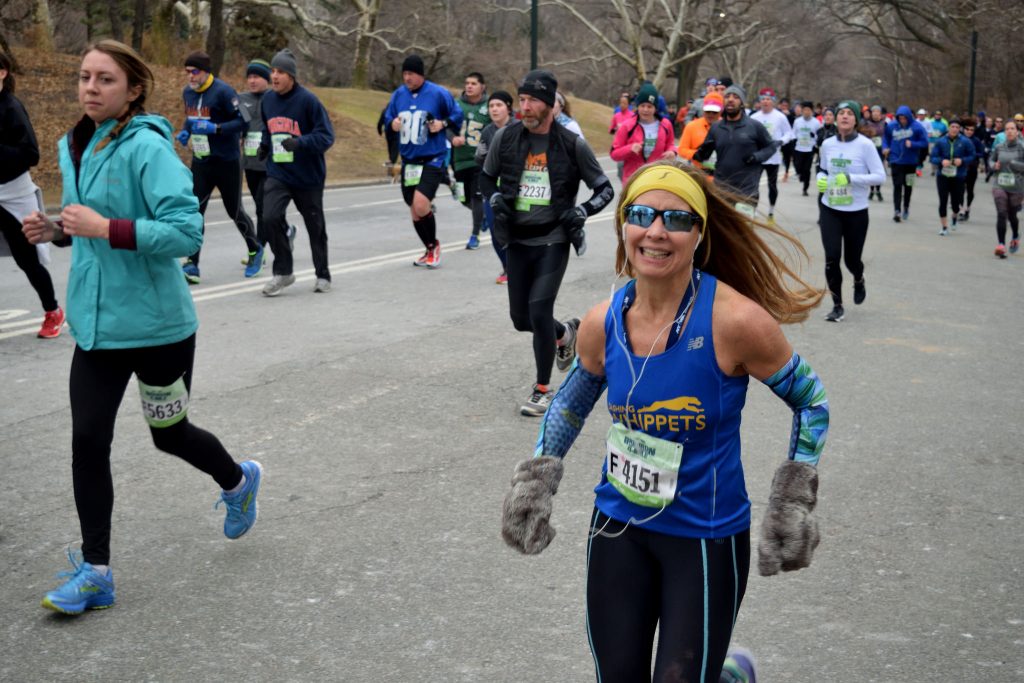 I took the Q train from Cortelyou Road in Brooklyn to Lexington Avenue – 63rd Street. Then I walked to 59th Street to transfer to the uptown 6 to 77th Street. In retrospect, I probably should have just taken the Q to 72nd Street and walked. I probably spent 15-20 extra minutes walking to the other station and waiting for my train.

This was the first time I elected to take pictures on the subway, before the race actually began. When there’s a train full of runners early in the morning, there’s a lot of tension in the air due to pre-race nerves (and poor subway service, possibly). So I don’t feel it’s a great time to snap photos. But this time around it was pretty quiet! 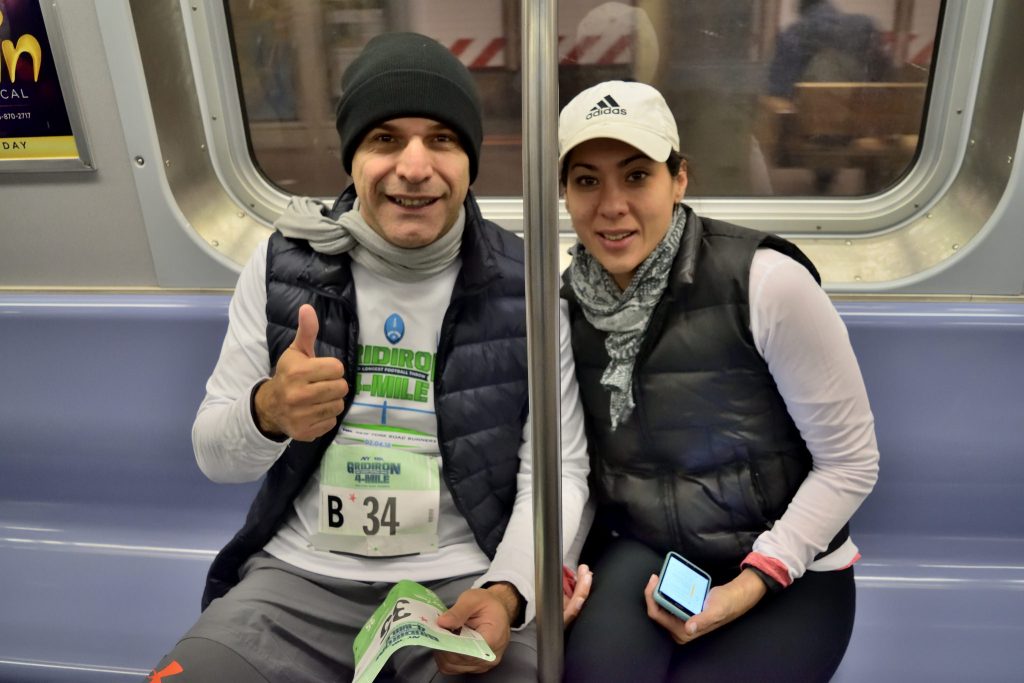 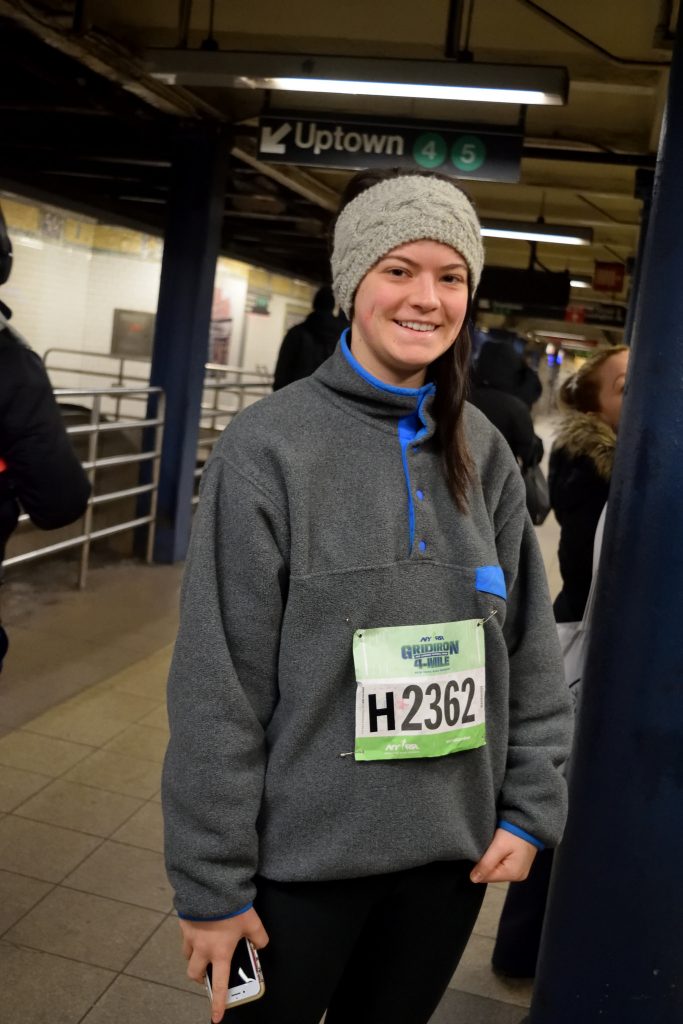 I claimed a patch of dirt on the west side of Cat Hill (runners’ left) as my cheer spot. I figured it could be a breaking point for runners who went out too fast – so I wanted to provide an extra boost! It came a little before Mile 3 on the course. The last mile of this course is my favorite stretch of Central Park – a nice long straightaway followed by mostly downhill action (or at least it feels like it when I run!). 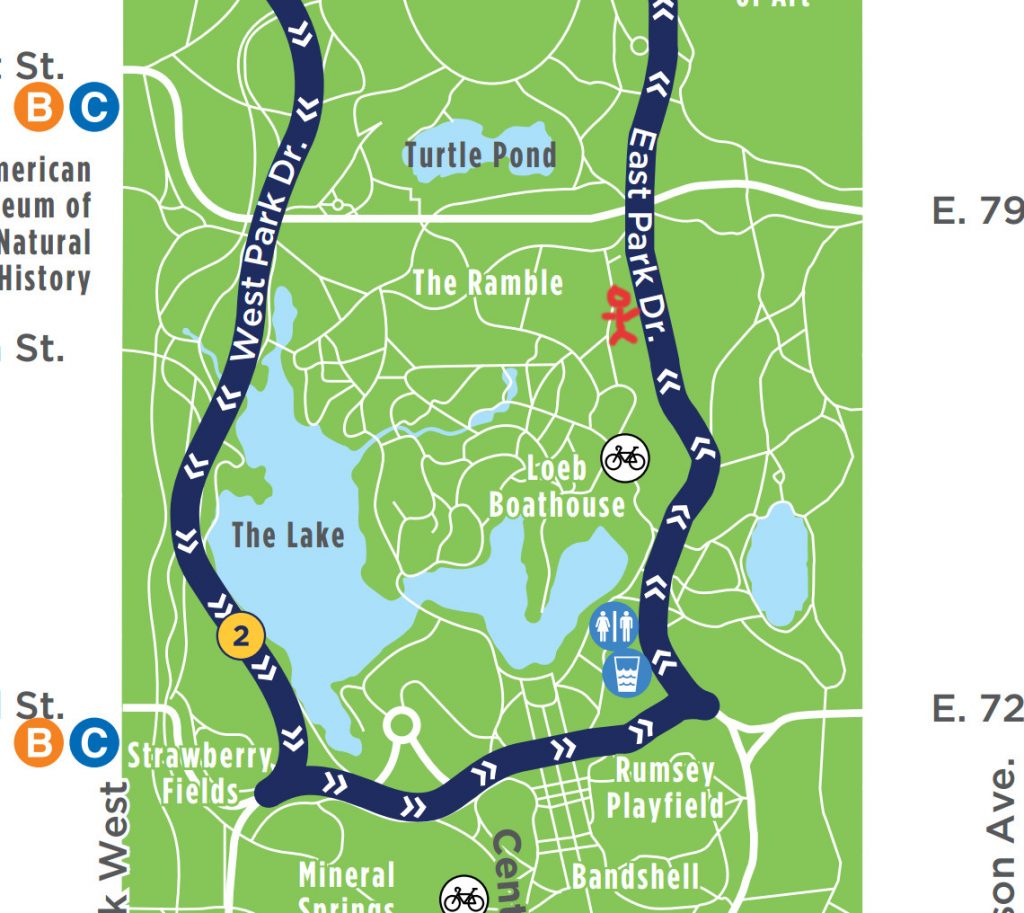 I had plenty of time to kill before the runners came through. So I took photos of NYRR course marshal volunteers! 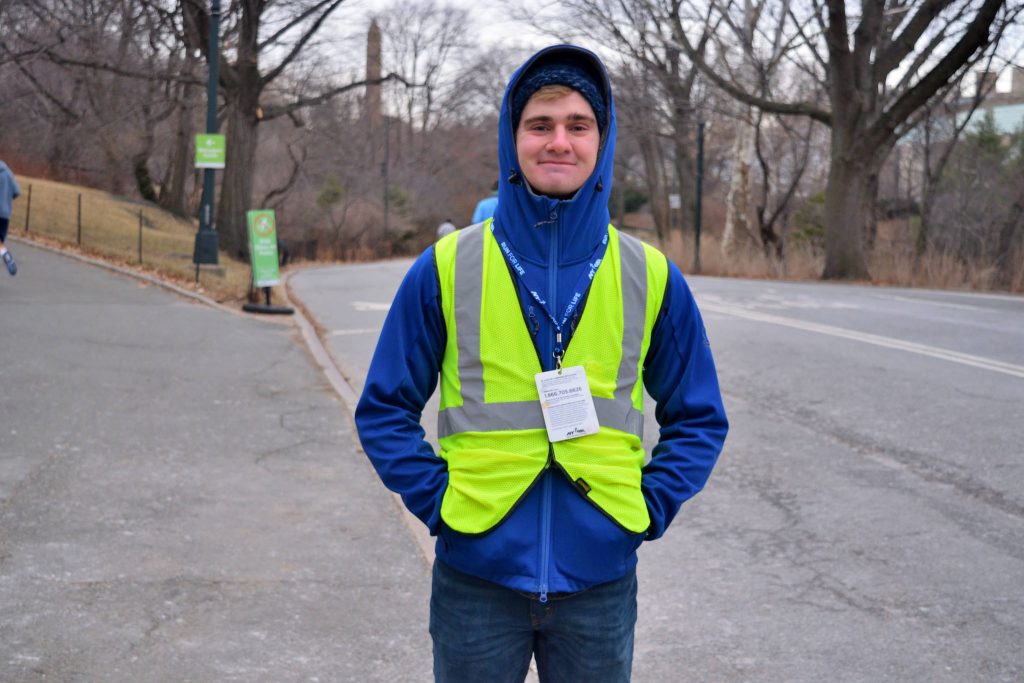 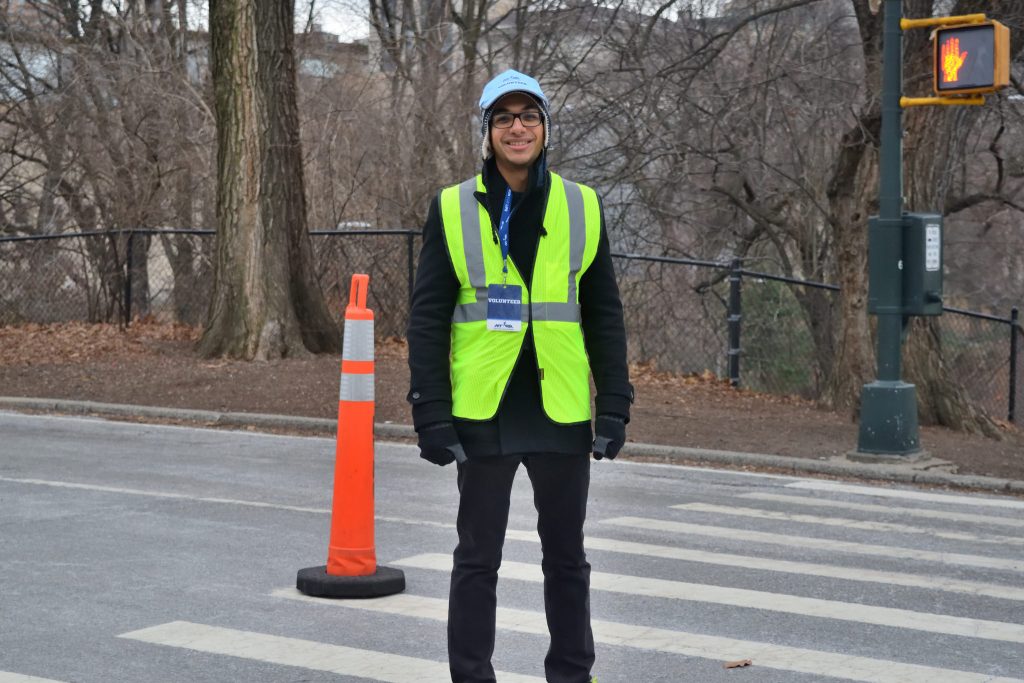 As I started to play my music and set up, some guy walking by told me that portable speakers aren’t allowed in Central Park! He said you could play the guitar, but not use a bluetooth speaker. I said, “oh, okay” and lowered the volume on my speakers. As he walked away, I decided to look up Central Park’s rules and regulations. And guess what? Unless you’re in a quiet zone, speakers are allowed!

So I turned the volume way up 😃

Too fast for the camera!

It was a great morning of cheering, but it could have been better for photo taking! Unfortunately I had the shutter speed a bit low on my camera. That means any shots with motion (i.e. every running shot) are blurrier than normal. They’re not awful, but there are so many shots that could have been cleaner! 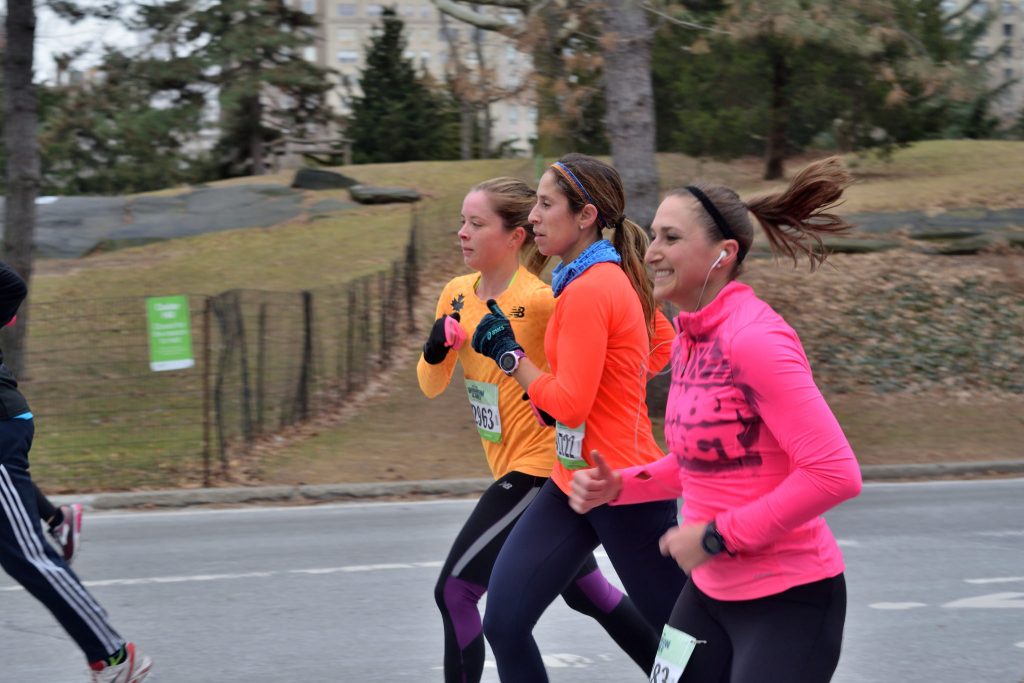 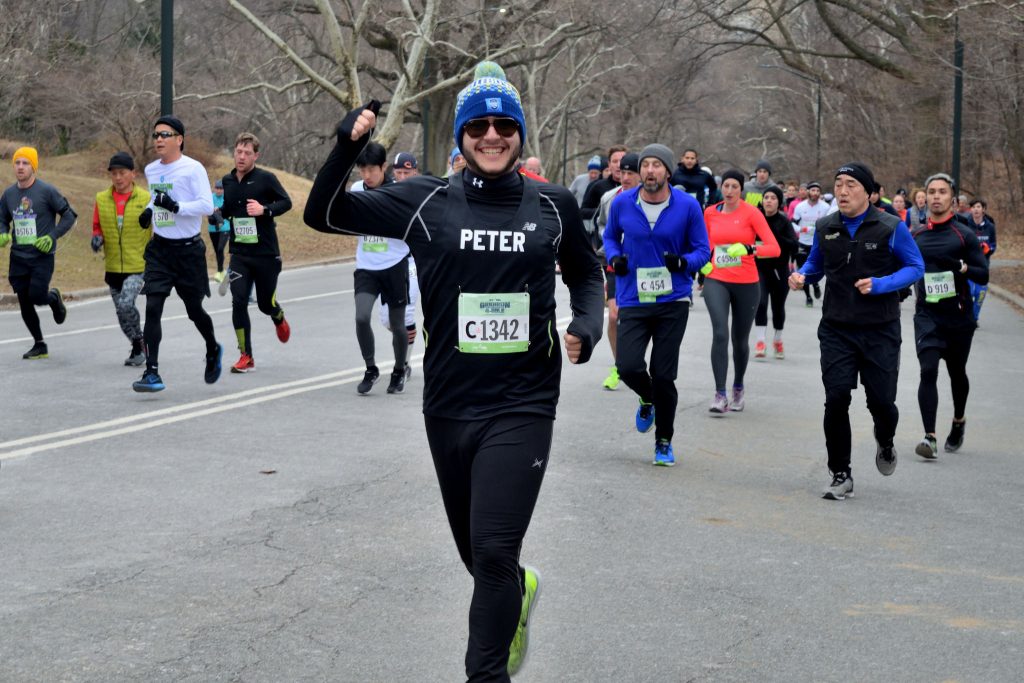 I know Peter – he’s good at 4 milers AND Burpees!

This was my first experience cheering a 4 miler. It took just a little over an hour for the sweeper vehicles to come through, so I was on with the rest of my day by 10:15 AM. In contrast, I spent about two and a half hours at the Icebreaker Half + Marathon a week prior – and I don’t think I even caught all the half marathoners on their last lap! The longer races are definitely fun and extra inspiring, but the spirit is still there to some degree in these shorter races! 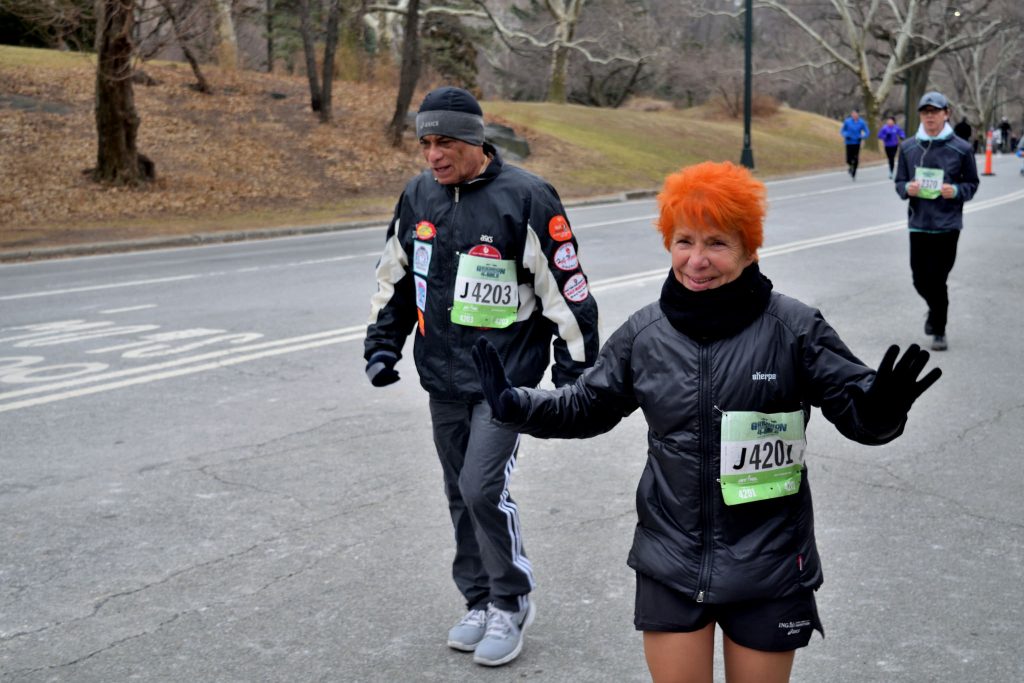