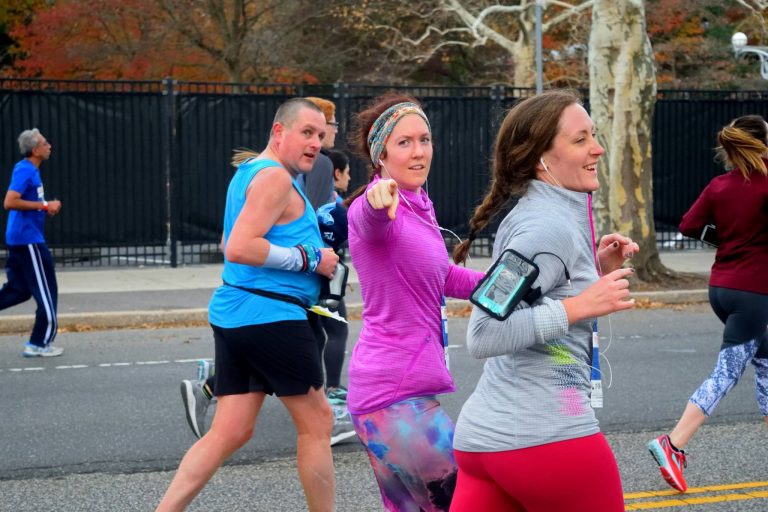 Posted by: Ben Mayersohn in Cheer Report 5 years ago

I’ve finally had time to go through some of the photos I took during the Philadelphia Marathon weekend! The events consisted of an 8K and half marathon on Saturday, and the main event on Sunday. This all happened on the weekend of November 19th. A gallery of photos can be found at the bottom of this post, but I’ve also included some in the sections that follow.

I decided to take a 3 AM Greyhound from Port Authority on Saturday the 18th. Why?

I knew it was a Greyhound bus because the last stop on the route was Kansas City. Ouch. I’m normally a Megabus fan, but there is no 3 AM Megabus: it’s either 1 AM or too late to the party. So Greyhound it was. At least they finally have a mobile ticket option!

I arrived in Philly at around 5. When I left the bus, I made my way over to a 7-11 to buy two hot dogs – the breakfast of champions. About five minutes later, I realized I had left one of my bags on the bus! The thought of my bag going all the way to Kansas City via Greyhound was a depressing one. Luckily I remembered that the bus would be sitting at the Greyhound terminal for 25 minutes, and I had only ventured about two blocks from the station. So I ran back and sure enough my bag was still there. Phew.

My girlfriend (who took a later bus because she is of sound mind) and I had a reservation at the Sheraton by Logan Square, so I dropped off my almost-forgotten bag there and walked towards my first cheer zone!

The half marathon started at 7:30 AM, and I started walking from the Logan Square area at around 7:00. Runners were lining up to get into the general start area, which was pretty darn packed. 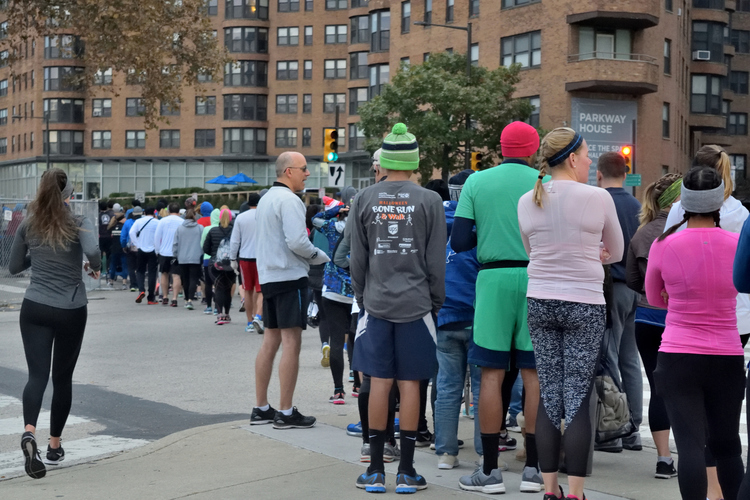 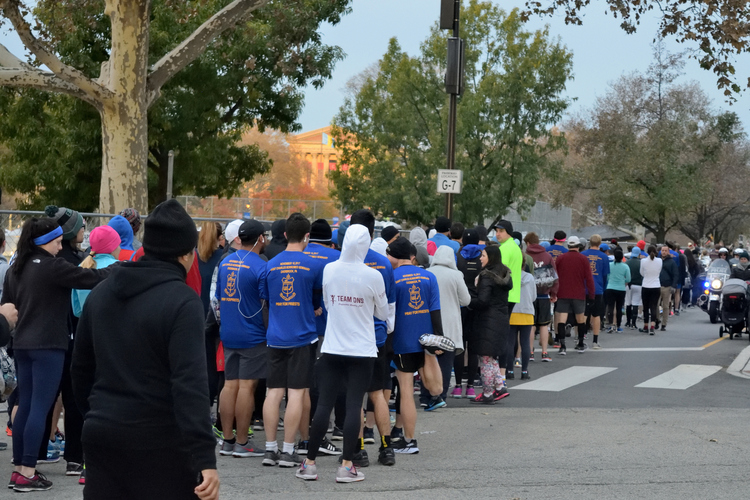 I made my way to N. 34th St. This spot is great for two main reasons:

Now when I say dead, I mean dead. For a surprisingly long stretch. 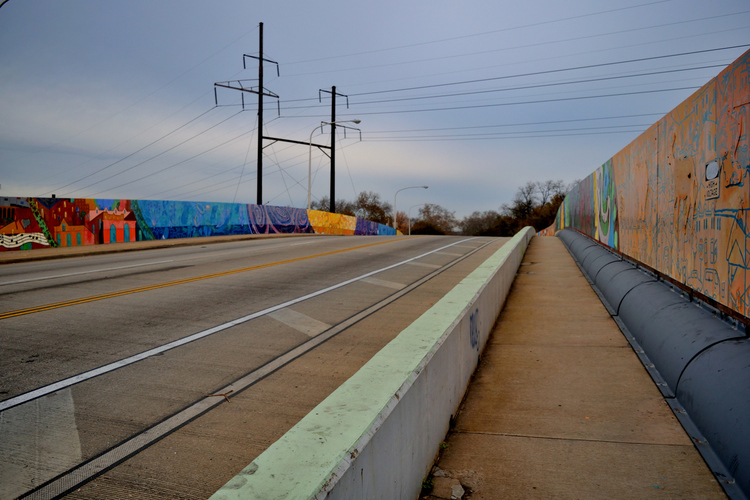 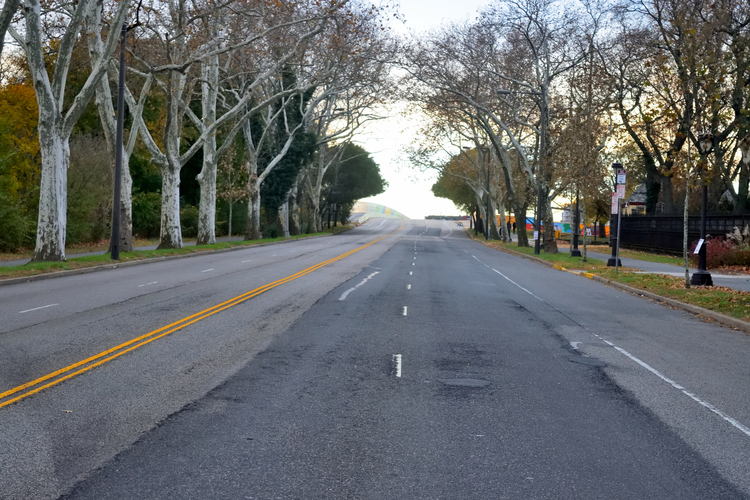 Granted, this was before the runners started coming through, but not much changed once they did. No complaints from me, cheering was fun! And I got to see my buddy Wayne, who made a sharp turnaround to take this photo! 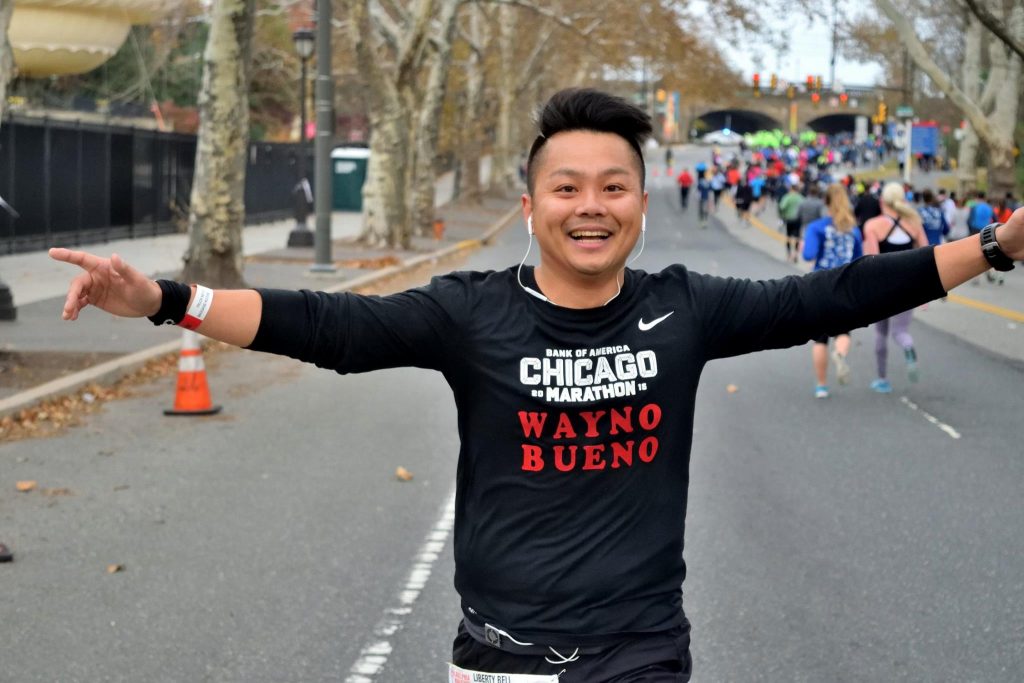 The year before I had cheered further north in Fairmount Park, around Mile 11. That was a great spot to cheer and at a time when the runners really needed the boost, but it’s further from the 8K…and from civilization in general. I had to use a ride share service to get around. This year I was totally fine on foot! 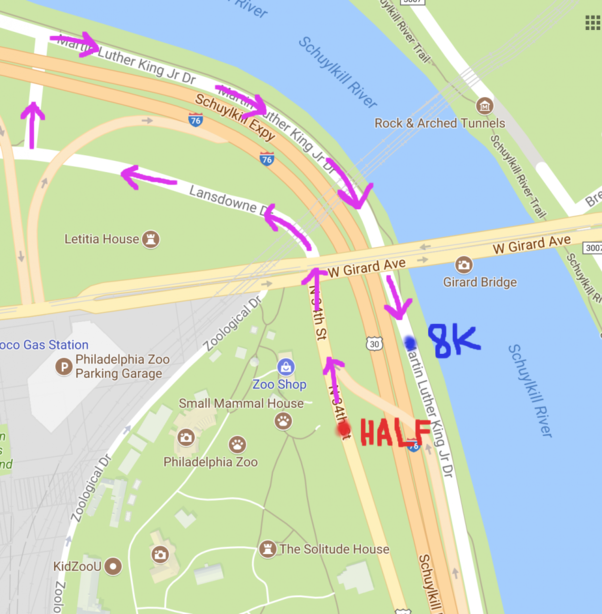 The 8K was probably my favorite race to cheer that weekend, for a few reasons:

MLK Jr. Drive is dead because it is basically a parkway with a pedestrian path on one side. Once you’re on the path, it isn’t easy to hop off and go about your business. You need to do a lot of walking. So I seized this opportunity to cheer where no cheers were being cheered! 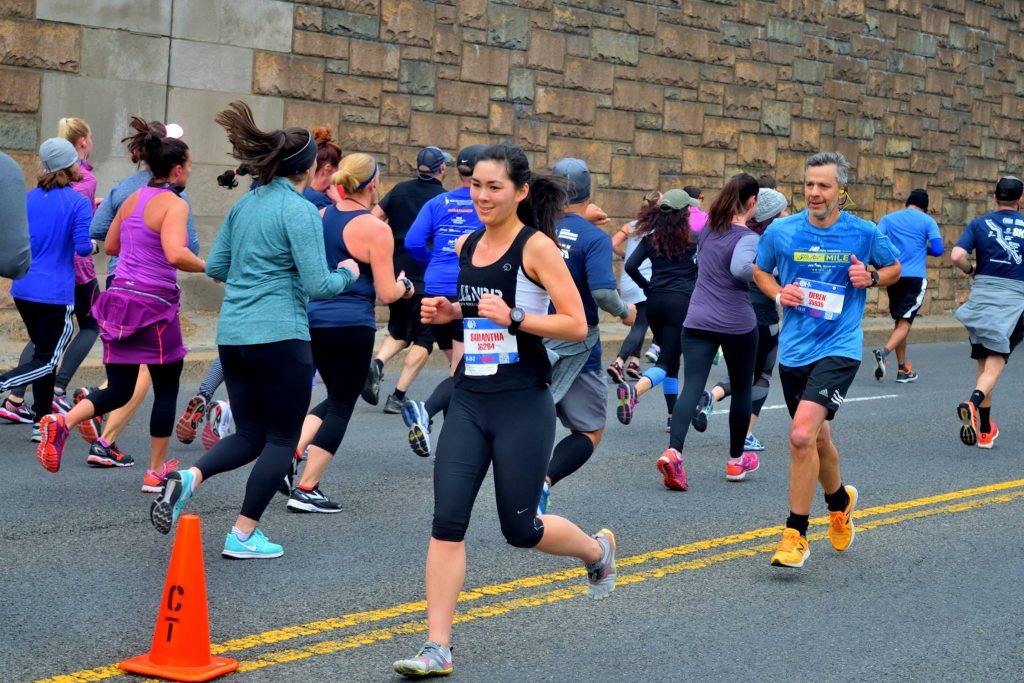 After about an hour of spectating, I was ready to take a nap back at the hotel! But first my girlfriend and I went to a bar on Callowhill Street near the Sheraton called Kite and Key, where a lot of runners were enjoying post-race food and drink. I realized as I was writing this that “Kite and Key” is a Ben Franklin reference. We get it Philly, you love Ben Franklin!

The marathon started at 7 AM, so I left the hotel at around 7:30 and got to Mile 14 on MLK Jr. Drive about 20 minutes before the first runners came through. This time the runners were going southbound only, and I knew they were headed to Kelly Drive – a stretch with slightly more, if scattered, cheering and crowd support than MLK. Below is my friend Stephen, crushing it. 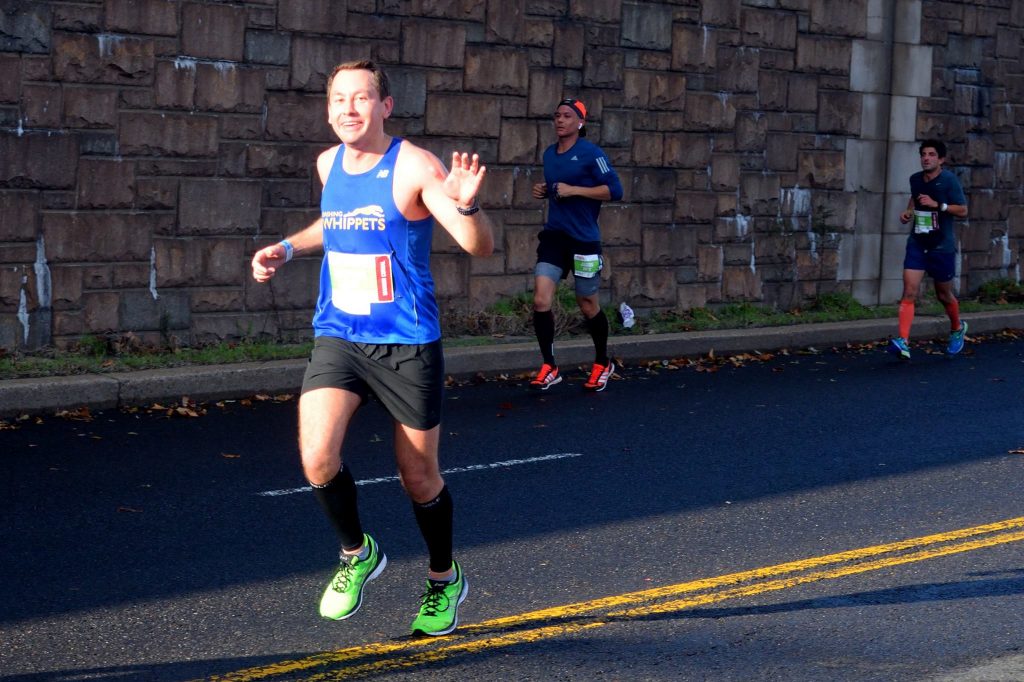 I had a bit of a setback when cheering this time around – my speaker died! I didn’t have the charger, and still haven’t found it to this day, in fact. So I just had to use my voice. Don’t let this happen to you, folks! I think this experience of being less-than-prepared is part of what motivated me to start this blog in the first place – I now I have a checklist of what to bring and do (and so do you!)

Mile 9 of the marathon is on N. 34th Street – our best friend from the half marathon. It is near W. Girard Ave, which passes over the Schuylkill and gives pedestrians easy access to miles 15 and 25 on Kelly Drive. This is where I cheered last year, and I will probably return to this spot next year. It’s nice to catch the runners heading out and back. It’s also a good way to ensure you have multiple chances to catch a friend of yours! 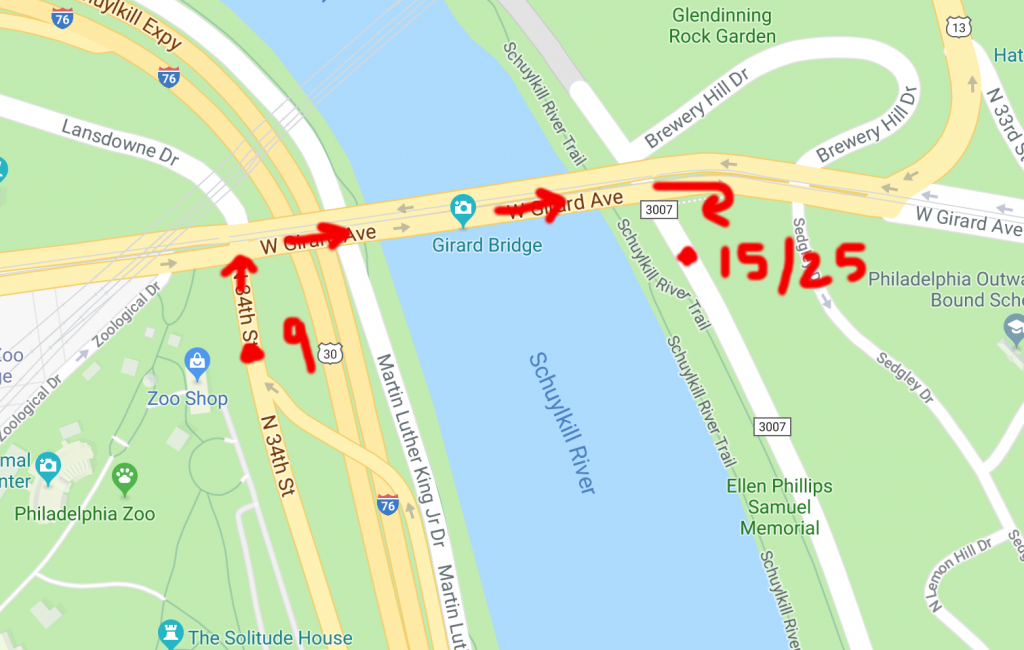 And that’s about all I have to say! Check out some more photos from that weekend below. Stay tuned for the next update – the best way to do that is to subscribe!