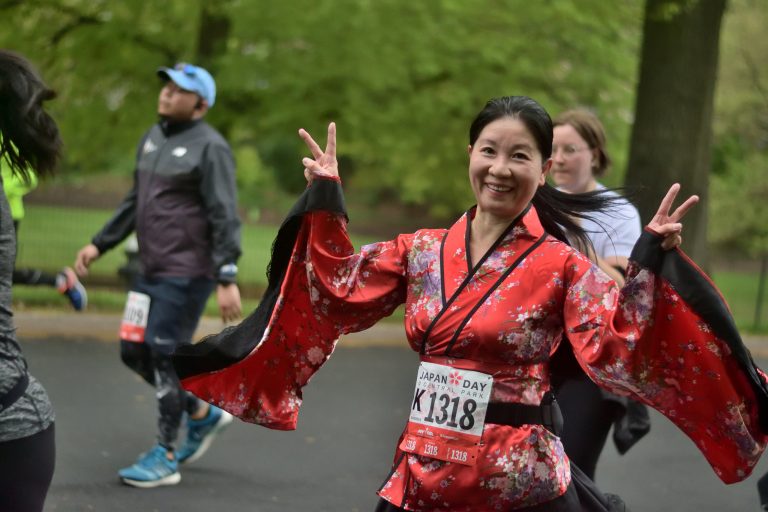 Posted by: Ben Mayersohn in 4 Miler, Cheer Report 2 years ago

I’ve decided to keep my cheer report on the NYRR Japan Run short and sweet! Why?

Cheer Spot: Mile 3, on the last of the West Side Hills (running counterclockwise)

Runners celebrated both Mother’s Day and Japan Day by running a 4 mile loop around Central Park! There were plenty of mothers running with their kids. 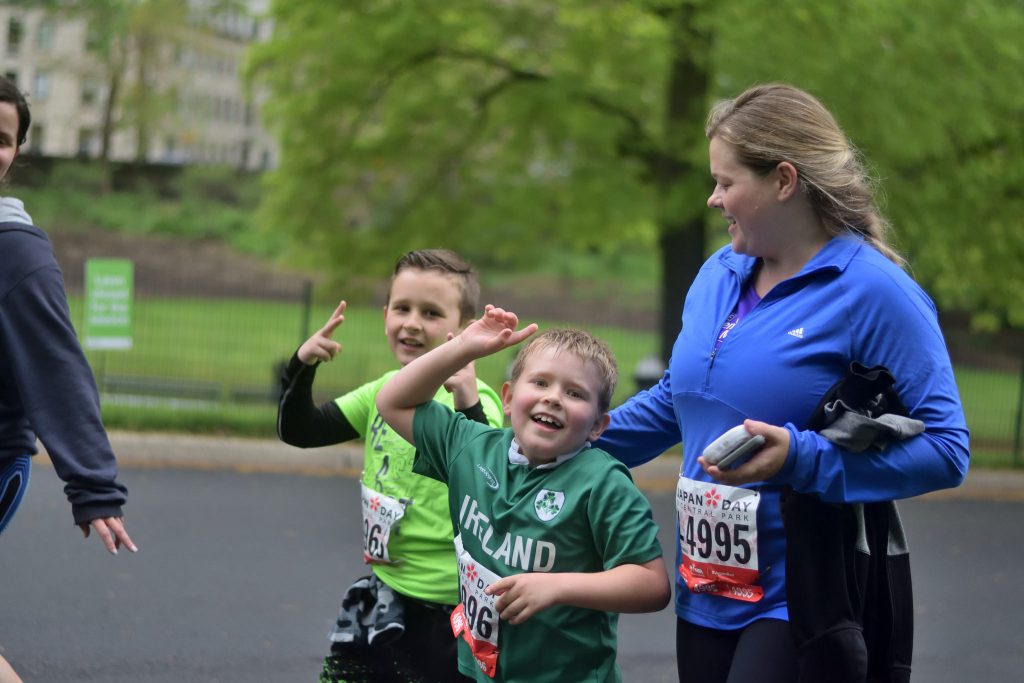 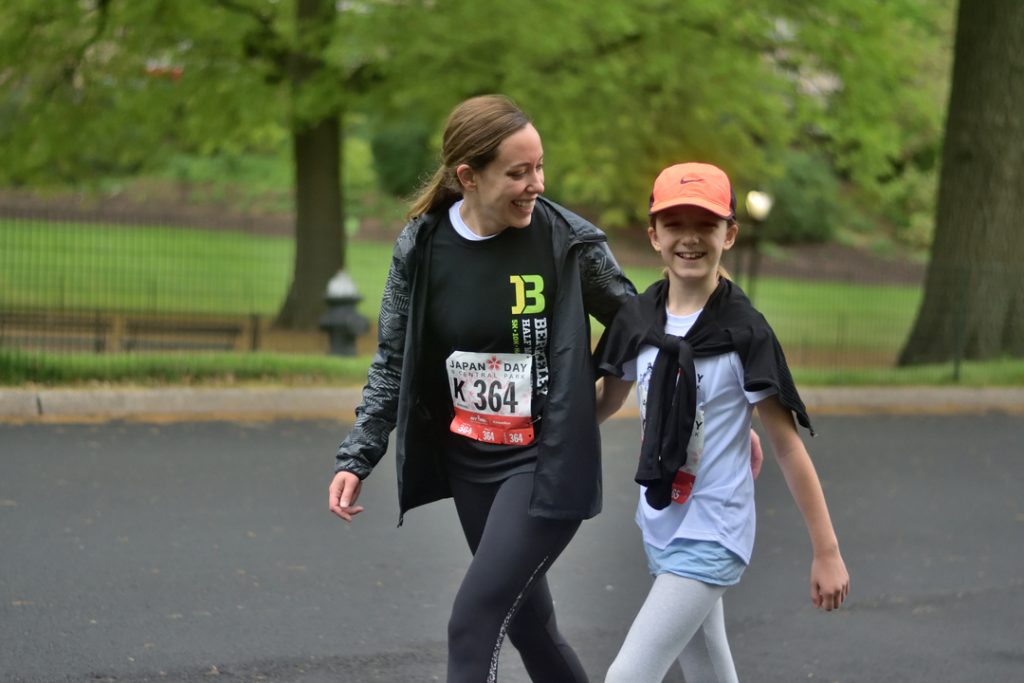 And we even got some kimonos for Japan Day! 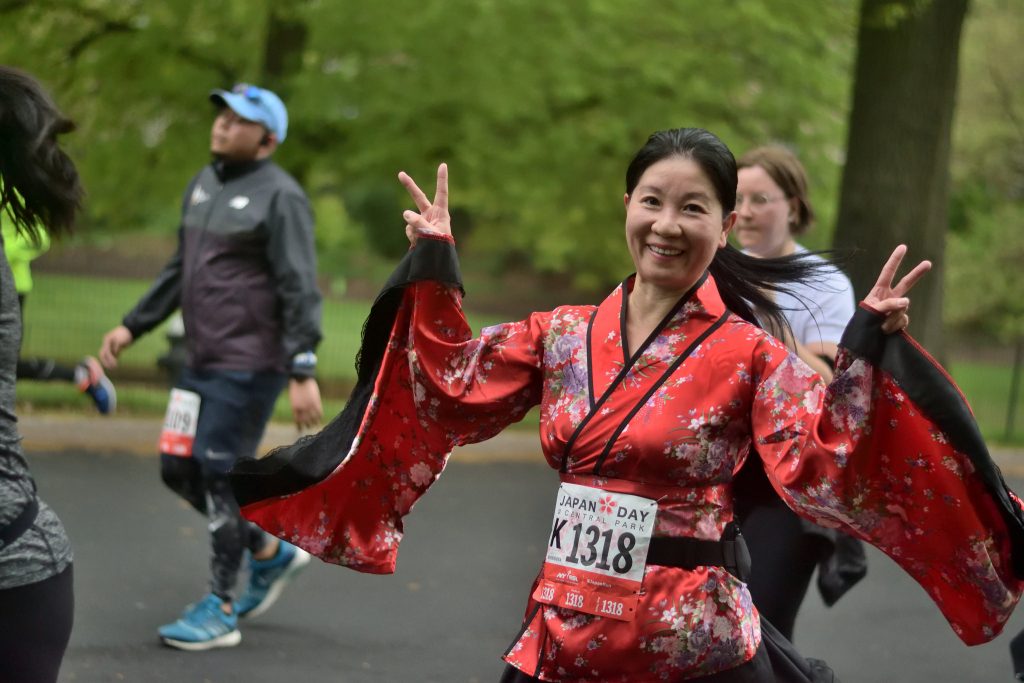 When I was in college I participated in a program called Peer Health Exchange. It’s a nonprofit that sends college students to public high schools to provide health education on topics ranging from pregnancy prevention to nutrition and physical activity. My mentor (who was also in my graduating class) was running this race and she recognized me! 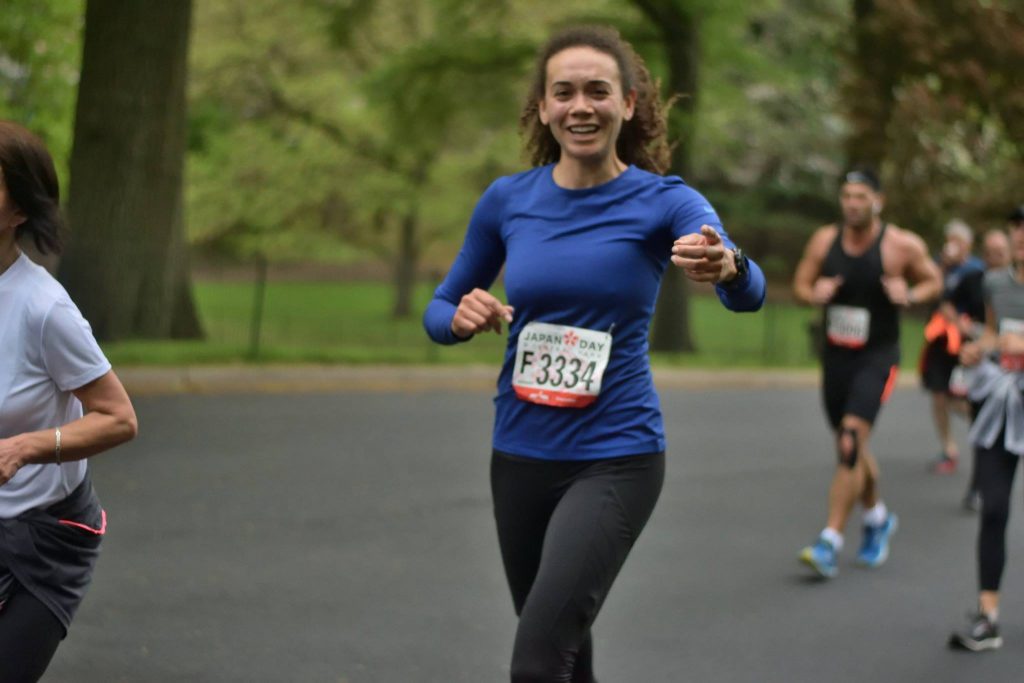 I wish the picture were less blurry but I’m glad I captured that “hey I know you!” expression. This may not be the work of an official photographer, but at least I looked the part! 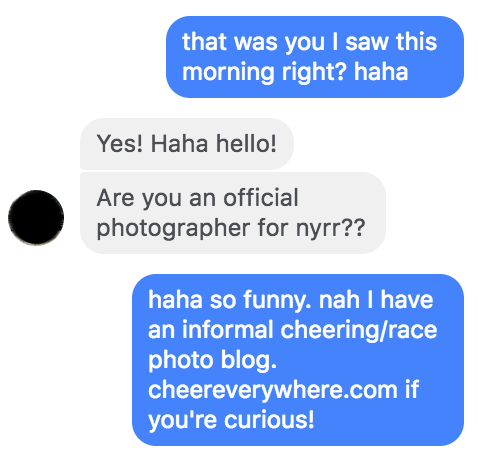 Speaking of college… (and Japan Day)

I took Japanese for three years when I was an undergrad – from sophomore through senior year. I don’t remember very much of it, other than how to say “I studied Japanese in college”, and “I don’t remember very much Japanese”, and “I had so much homework this weekend” (a phrase we often used). Anyway…I graduated five years ago (!!), and while I’m a different person now in many respects, cheering for a Japan Day race is probably something I would have done back then as well.

And that’s it for this week’s edition of “Cheer Guy – then and now!”