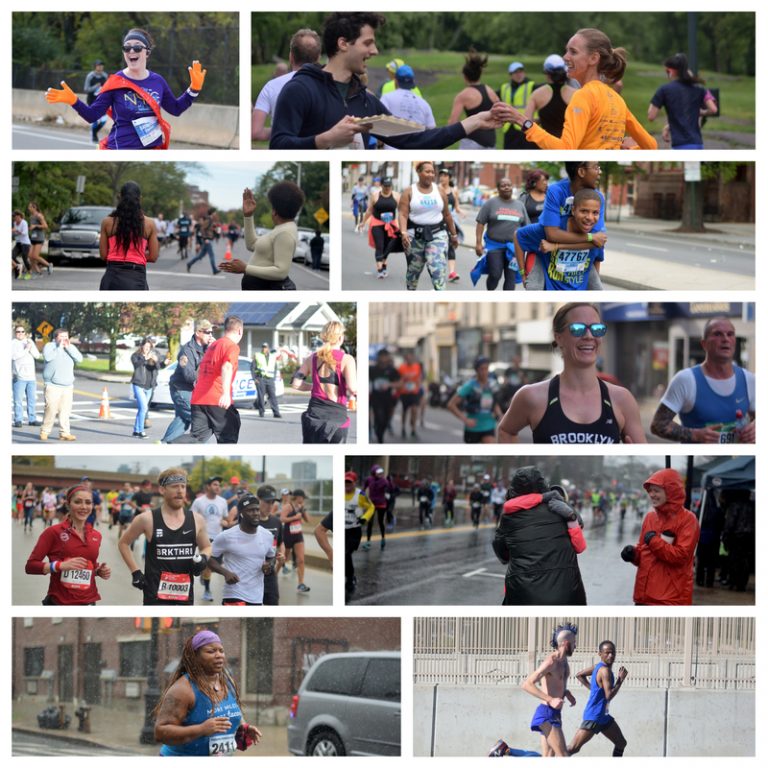 Posted by: Ben Mayersohn in Countdown, Holiday 4 years ago

As mentioned in my last blog post, this year I cheered at 57 races in multiple cities throughout the country and even abroad! That adds up to tens of thousands of photos of runners, cheerers, and bike marshals doing what they do best. Every photo is unique, but only a handful of photos capture moments that have had a major impact on Cheer Everywhere. It is only appropriate that we close out 2018 with a countdown of those photos that have shaped us and our relationship to the running community!

Below we will present Cheer Everywhere’s top 10 moments of 2018. One photo = one moment, along with an explanation of why it is so important to us.

#10: A birthday tradition – Philly Half Marathon

This photo of the birthday girl from the Philly Half Marathon takes the number ten spot! 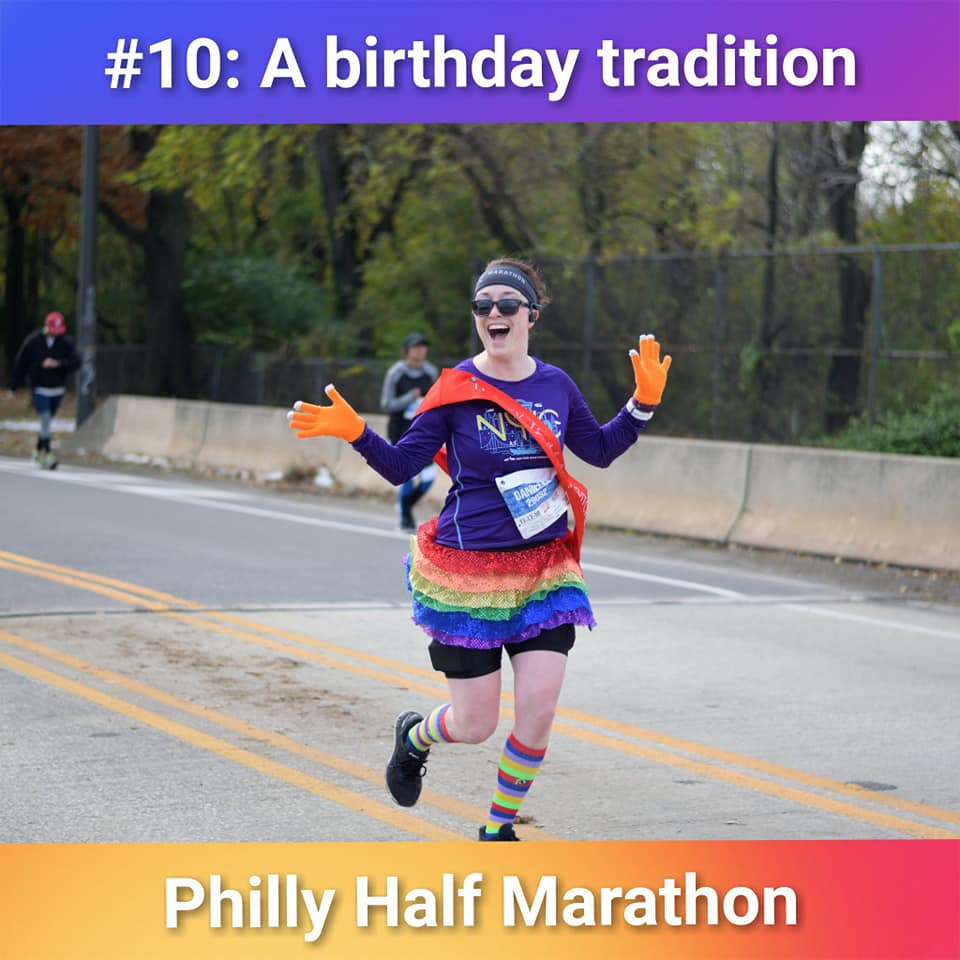 The first time I saw Danielle was at the same race last year, where the idea for Cheer Everywhere first came about. Imagine my surprise when I spotted her again this time around – wearing the same outfit!! Cheer Everywhere had come full circle one year later. That cements this moment in the number ten spot! 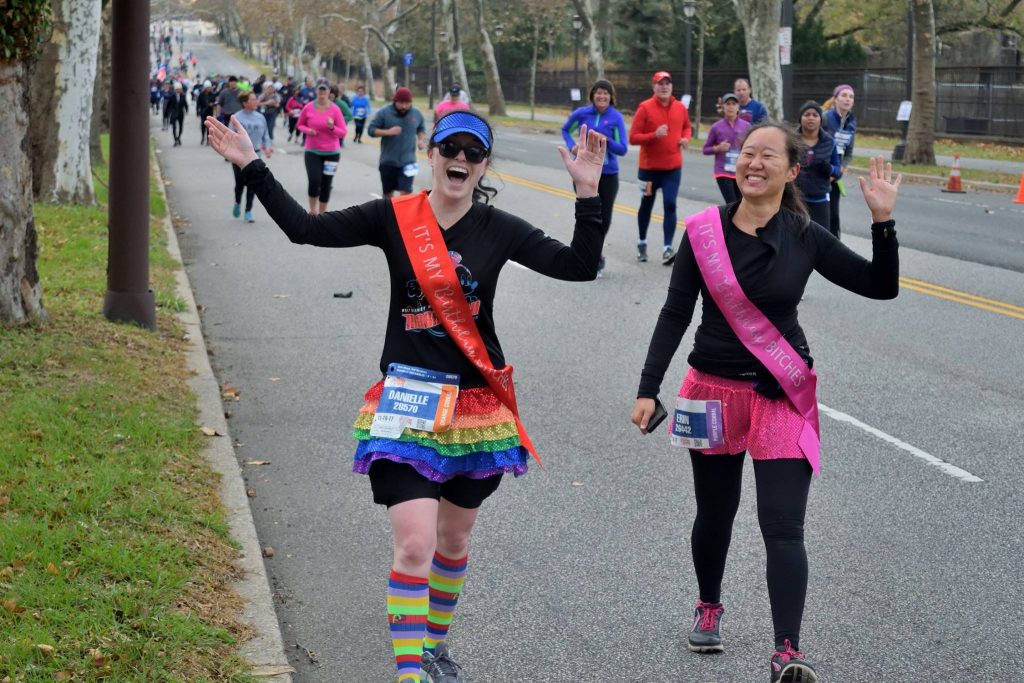 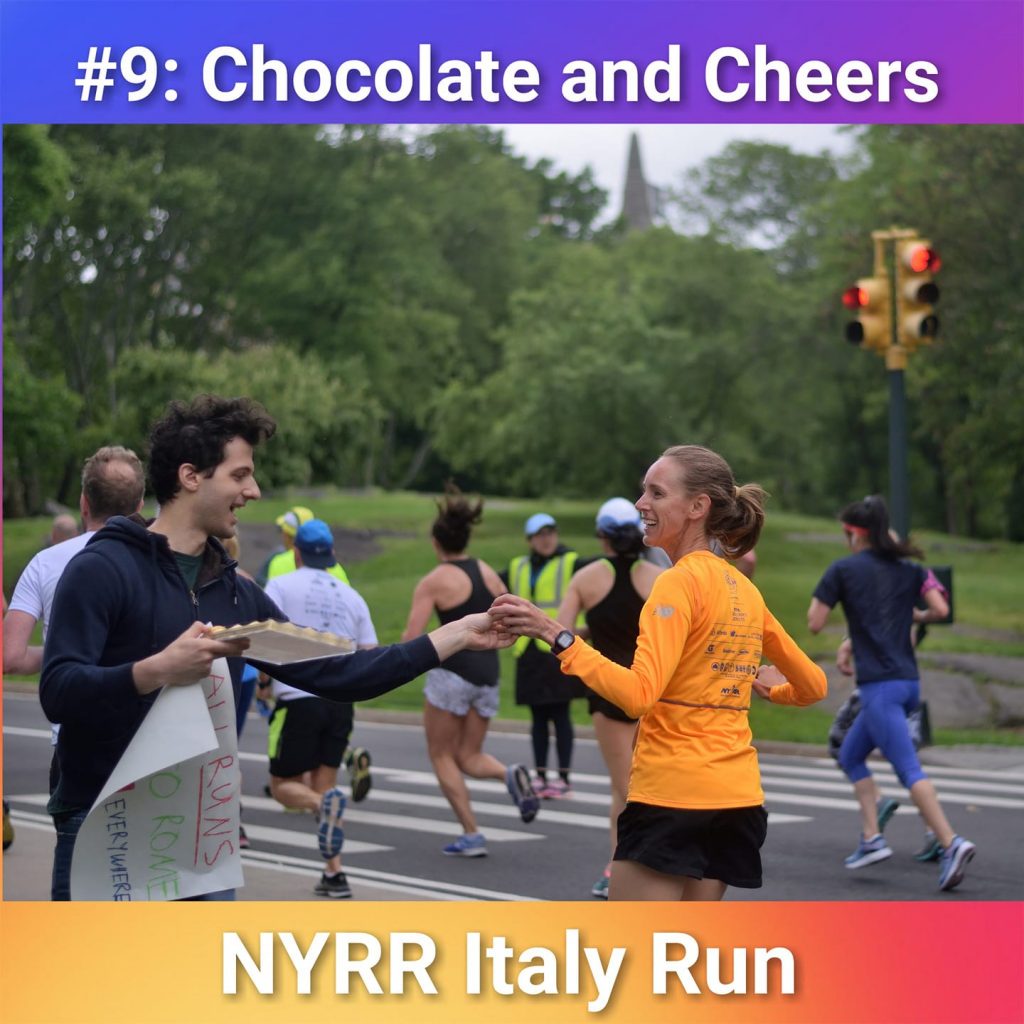 Life is like a box of chocolates – you never know who is going to show up with one at a race. The inaugural NYRR Italy Run was sponsored by Ferrero, so we got some Ferrero Rocher and handed them out to a few lucky passersby (there were about 20 pieces for 5000 people and I imagine getting one was just as exciting as winning the lottery). This photo captures the special relationship between the runner and the spectator. A 5 mile race in Central Park could be cheerless or lined with chocolate-bearing weirdos – it’s all about who shows up!

This photo is also special because of the awesome, cheery volunteer in the background! She was so encouraging and energetic and we were feeding off each other’s enthusiasm. All these factors cement this chocolatey moment into the number 9 spot! 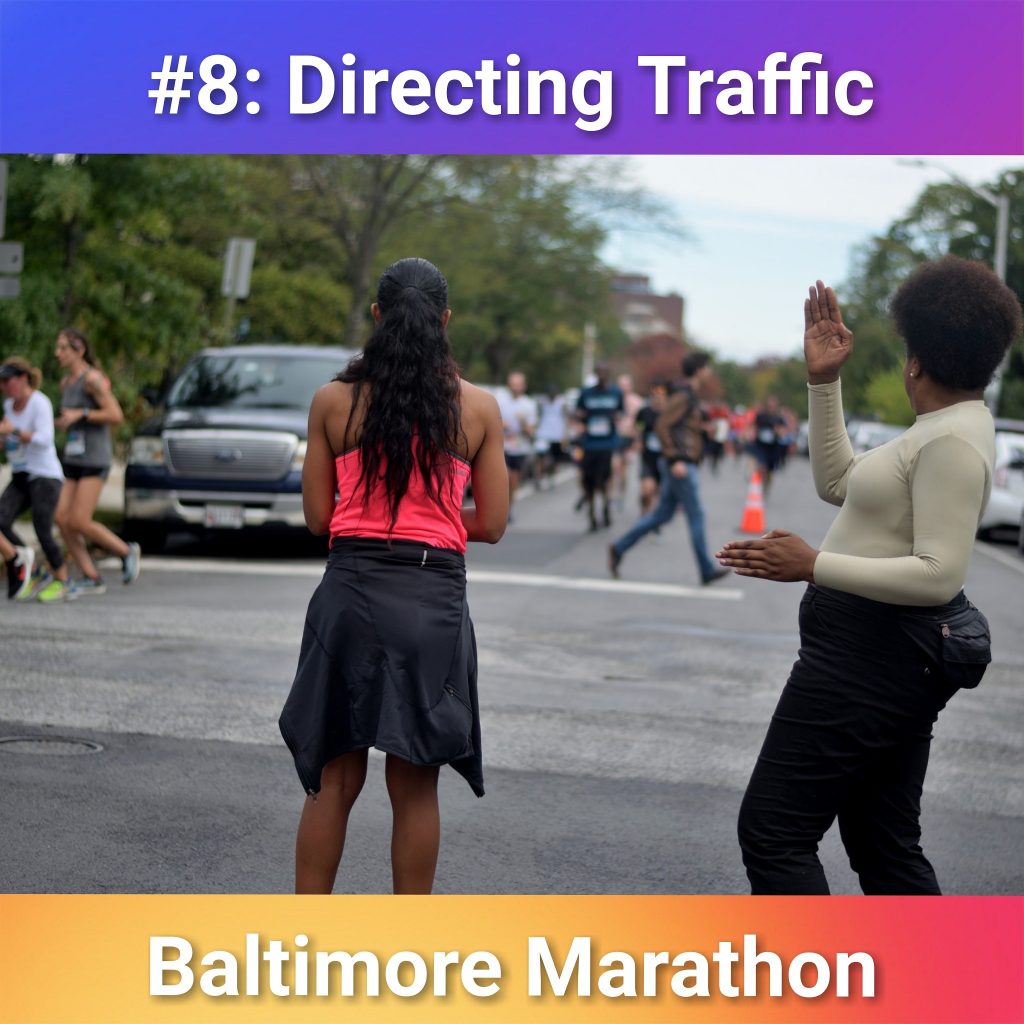 During the Baltimore Half + Marathon I cheered in two spots: Mile 6 of the marathon; and Mile 10 of the half, which was also Mile 23 of the full. At the second spot there was supposed to be a sharp right turn, but no course marshals were stationed there and no barriers were put in place to prevent runners from straying off course. So at the beginning some handcyclists had the misfortune of heading down a steep hill in the wrong direction. Once we realized how disastrous this could be, some cheerers decided to take matters into their own hands and enthusiastically tell the runners to turn right!!

This whole scenario was kind of amusing, but also mind-boggling. If nobody were there to direct traffic, a whole heap of runners could have ended up straying off course. The lesson here? Always bring your volunteering cap to a race – even if you didn’t sign up for it!