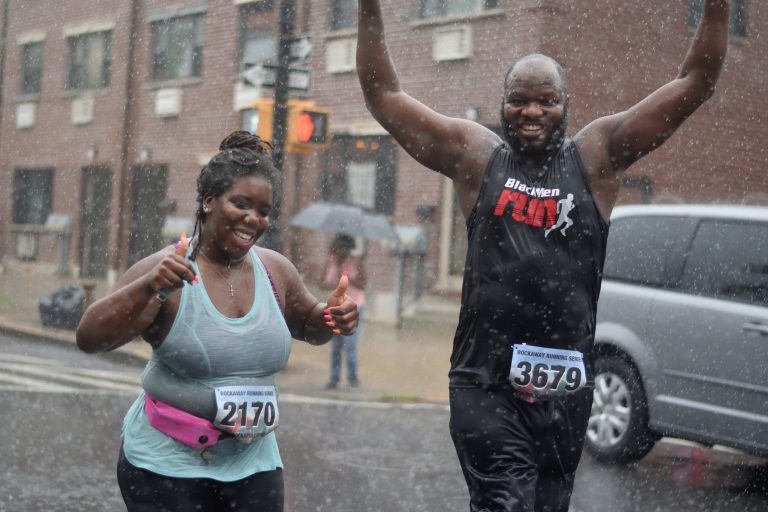 You can get all the photo albums on Flickr, though I’ve included a sample at the end of this blog post.

The R-U-N 5K is a weekday night “fun run” (no overall/age groups awards given) that gives folks an opportunity to race without waking up super early. Having cheered the Brooklyn R-U-N 5K a few weeks earlier, I knew I had to attend this one as well! 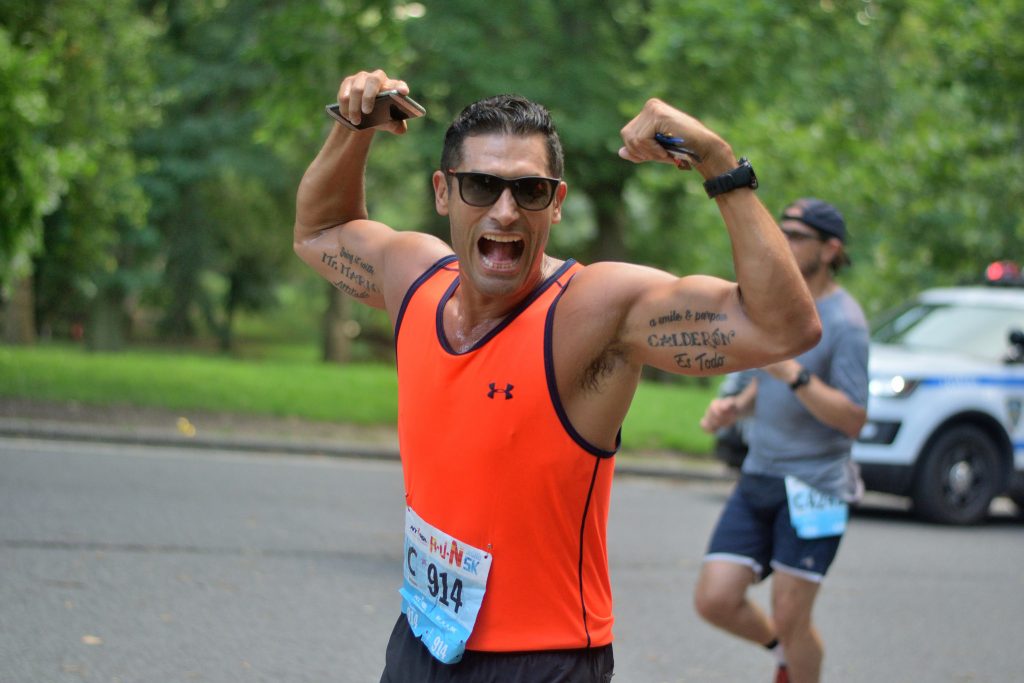 Like most NYRR races, this one took place in Central Park. The steepest hill (Cat Hill) fell somewhere between miles 1 and 2, so I figured I’d cheer there! I even found a cheering buddy on the hill: Maggie Huang – co-leader of November Project BK! She cheered everyone on like a boss, but showed a little extra love to her fellow NP members. 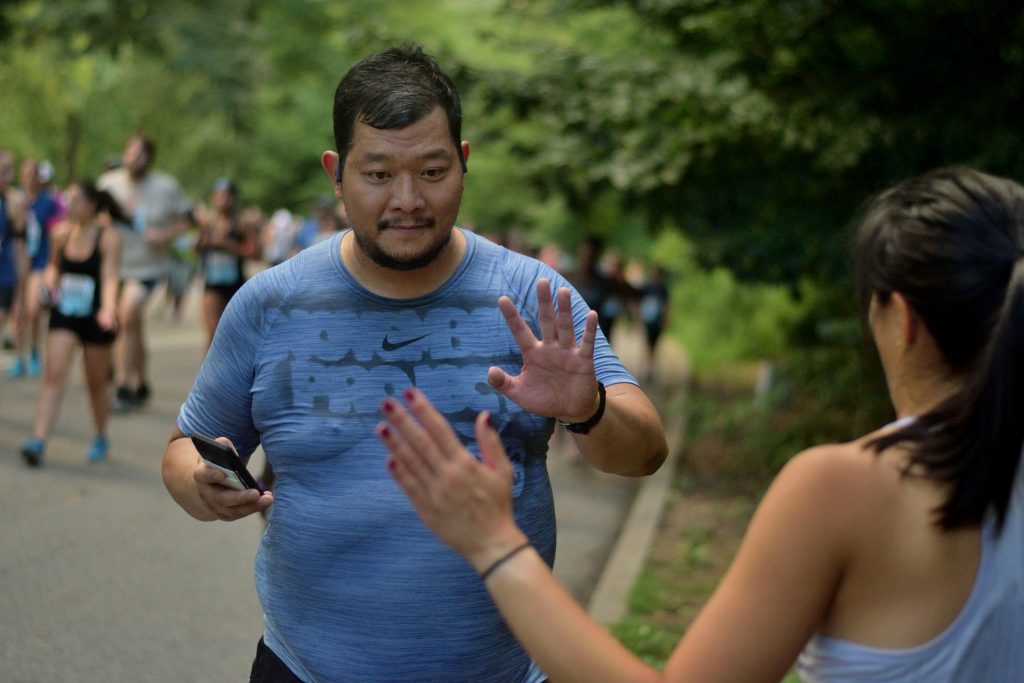 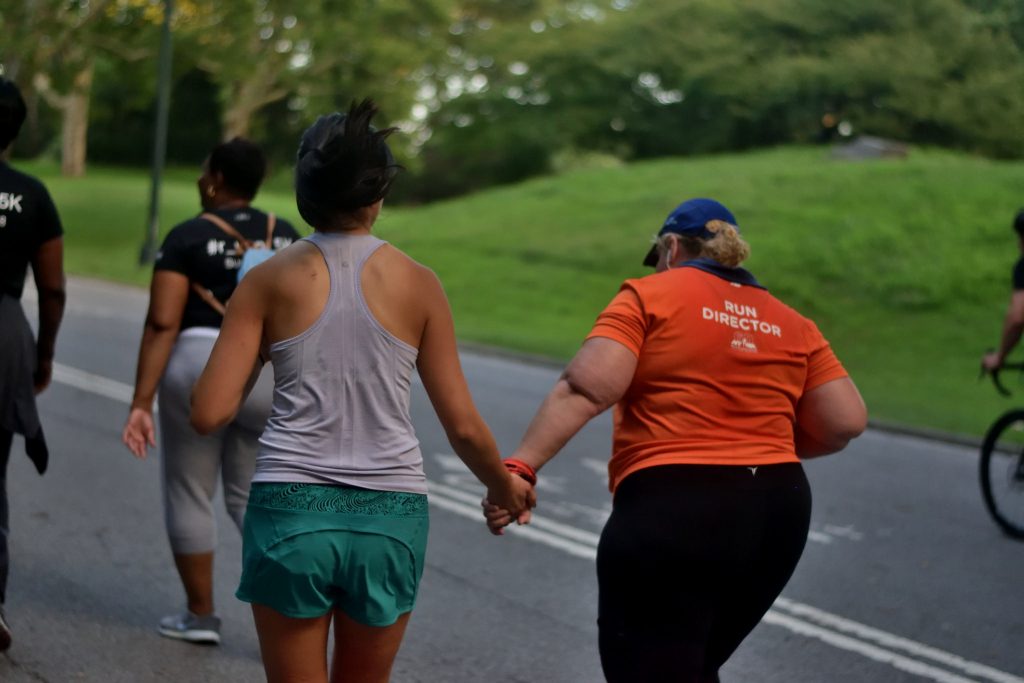 Cheering is always better with multiple people. Be one of those people: join our Meetup!

I also had a sign that said “This Hill Ain’t Shit”. I censored my swear with stars – but I think this may have made the sign harder to read… 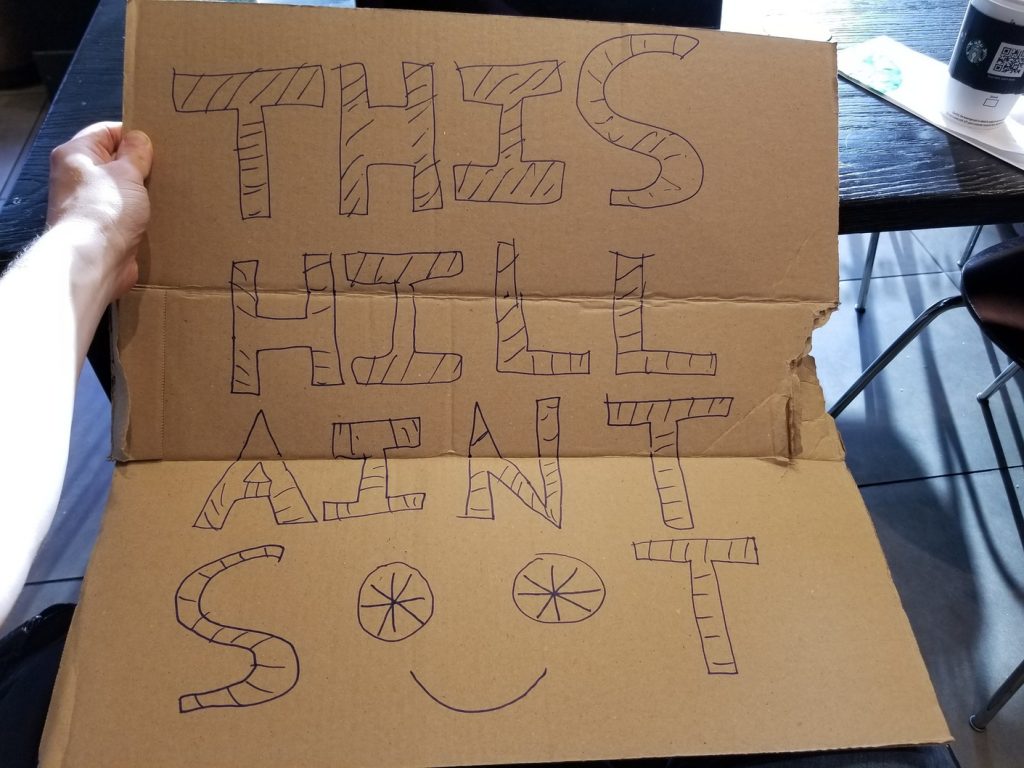 The NYRR Team Champs fell two days after the R-U-N 5K, and I found myself at the same hilly cheer spot! Cat Hill fell between miles 3 and 4 – and was the perfect place to provide cheers. The race was split into two events: the women’s race at 7 AM and the men’s at around 8:15 (don’t quote me on that). Luckily Paragon Sports Run Club member Peter Pedulla came by to help me encourage the runners! 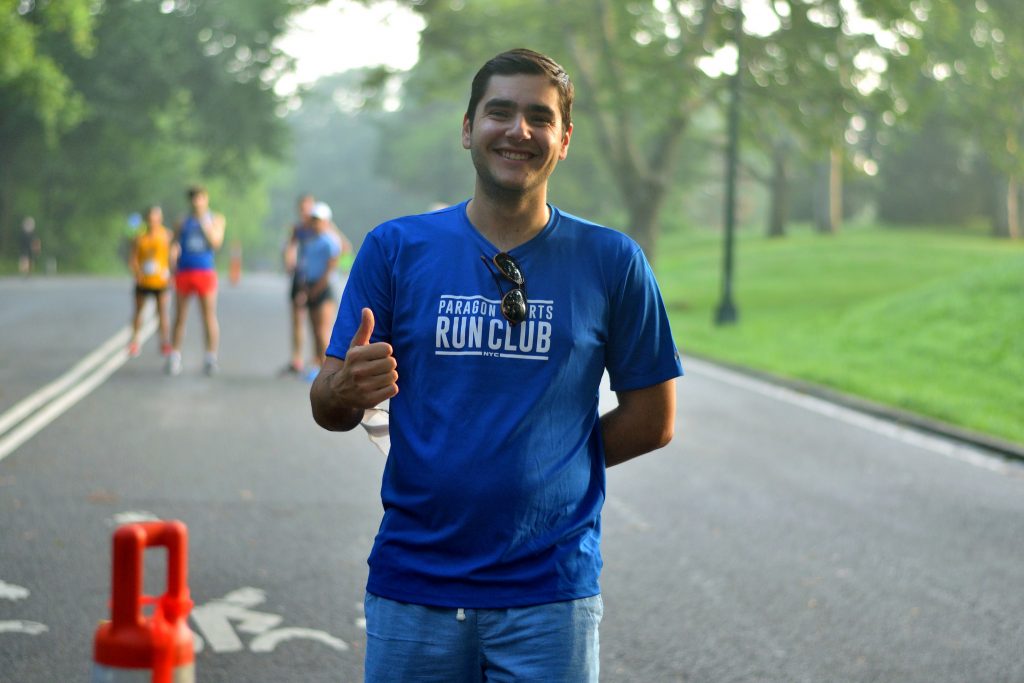 We decided to stand in the middle of the road, where the cones were placed. I will normally stand on a patch of grass off to the side. The middle of the road is a better place to get head-on pictures of the runners, but I always fear I’ll be in the way. Just something I need to get over! 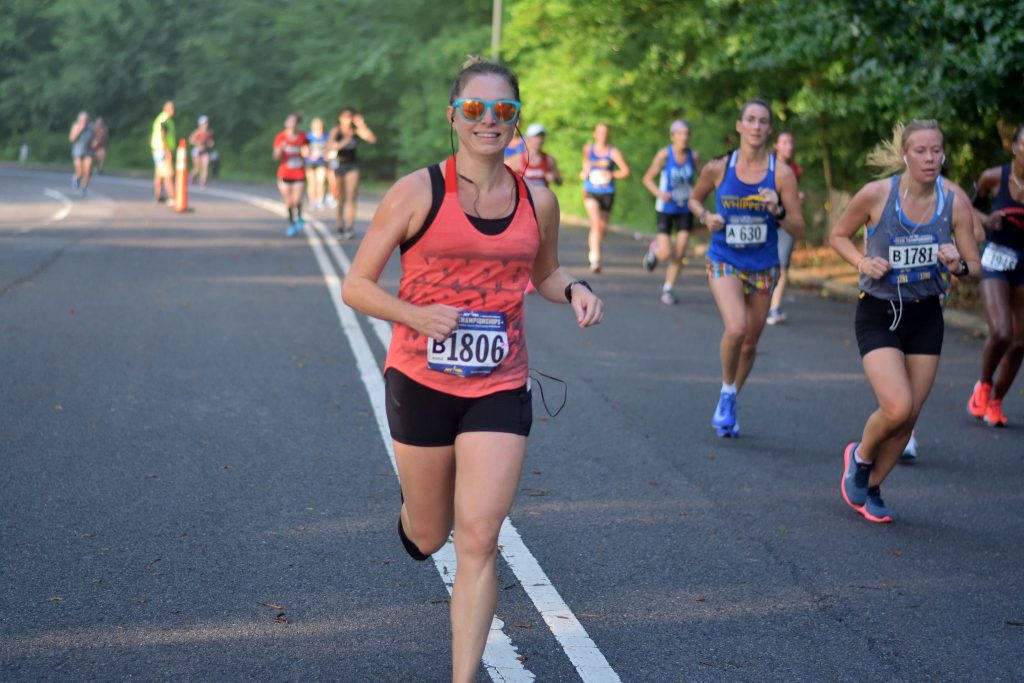 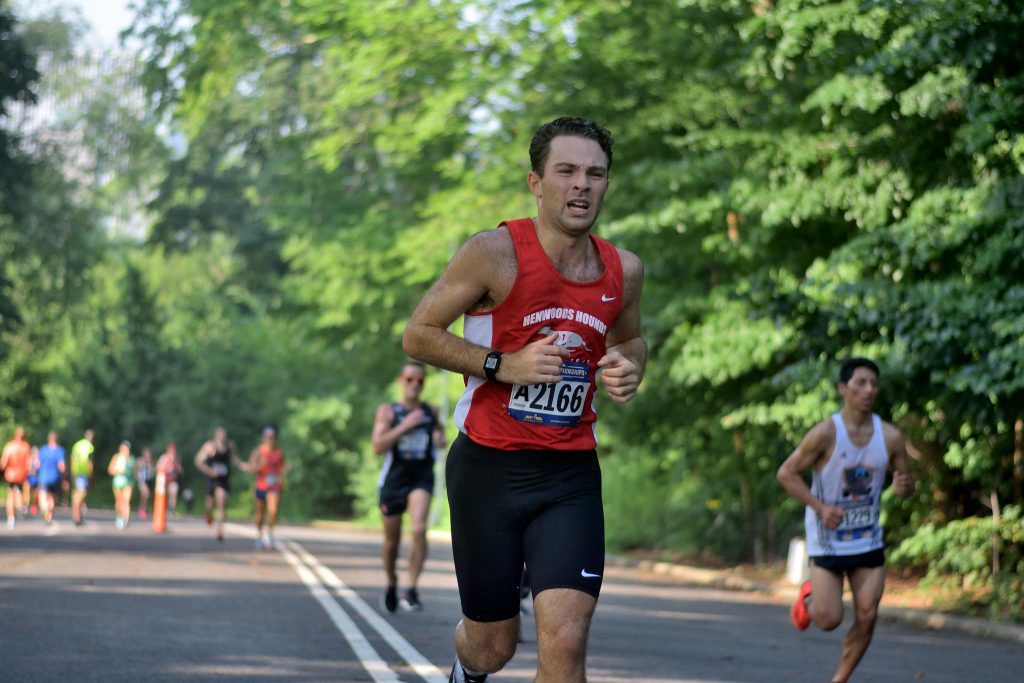 So many different running clubs were represented in this race! Not surprising of course – this was a club points race and was worth double points, so every team had an incentive to represent! 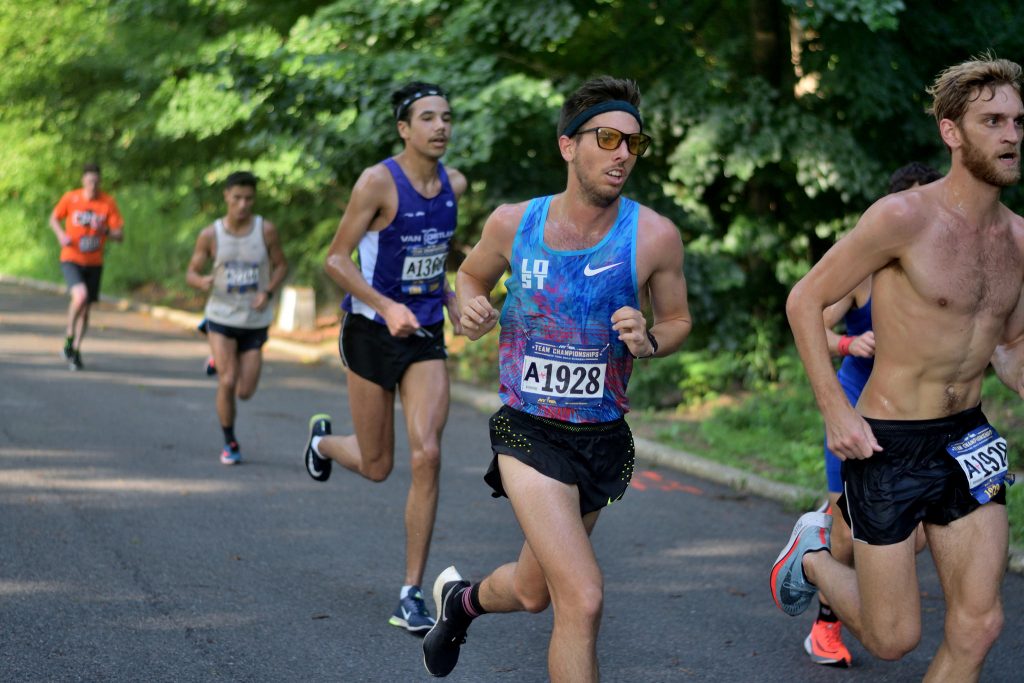 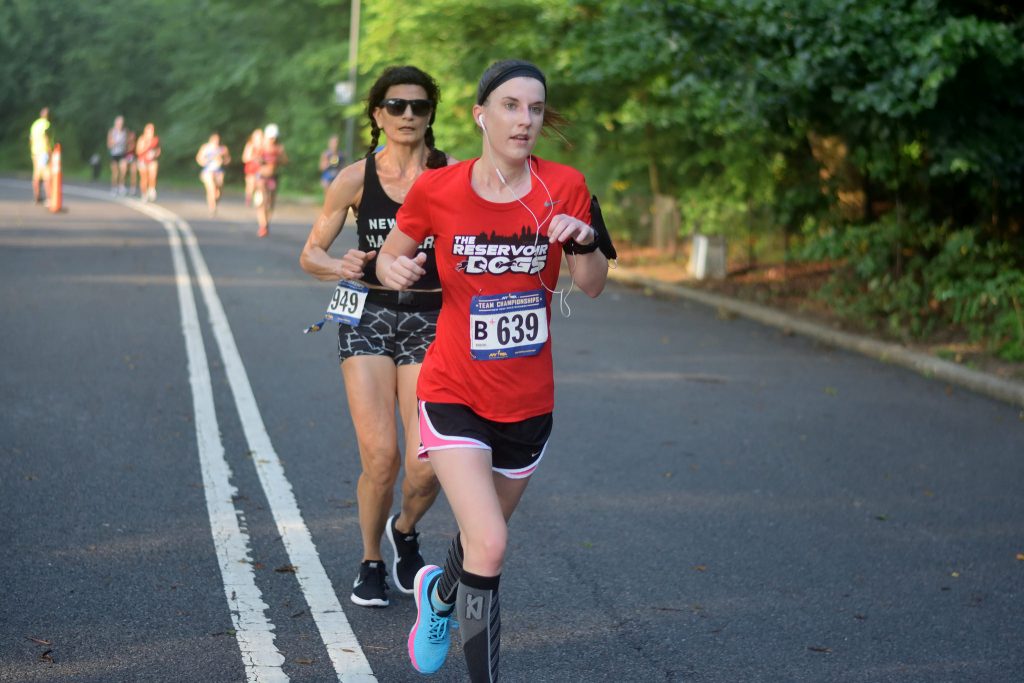 I chose to cheer at the intersection of Stuyvesant Ave and Hart St – not too far from the Myrtle Ave. M train stop. I pulled off a combination of running and bus hopping to get to the M train station on Metropolitan Ave from Bayside, Queens. I ended up at my designated cheer spot about ten minutes before the first runners came through! 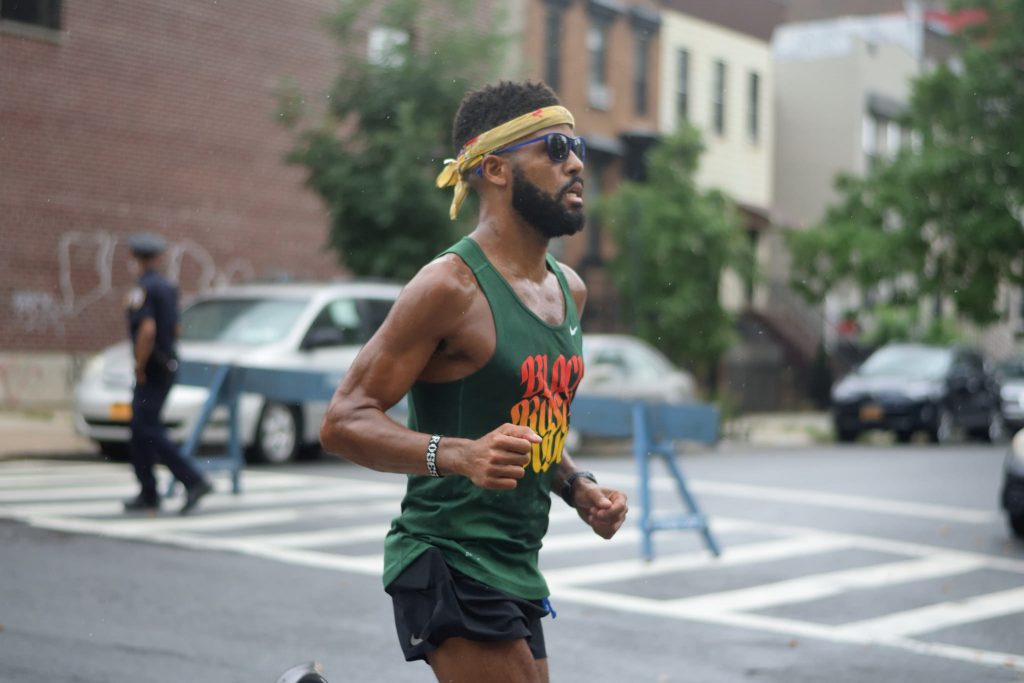 The race started off with some light drizzle… 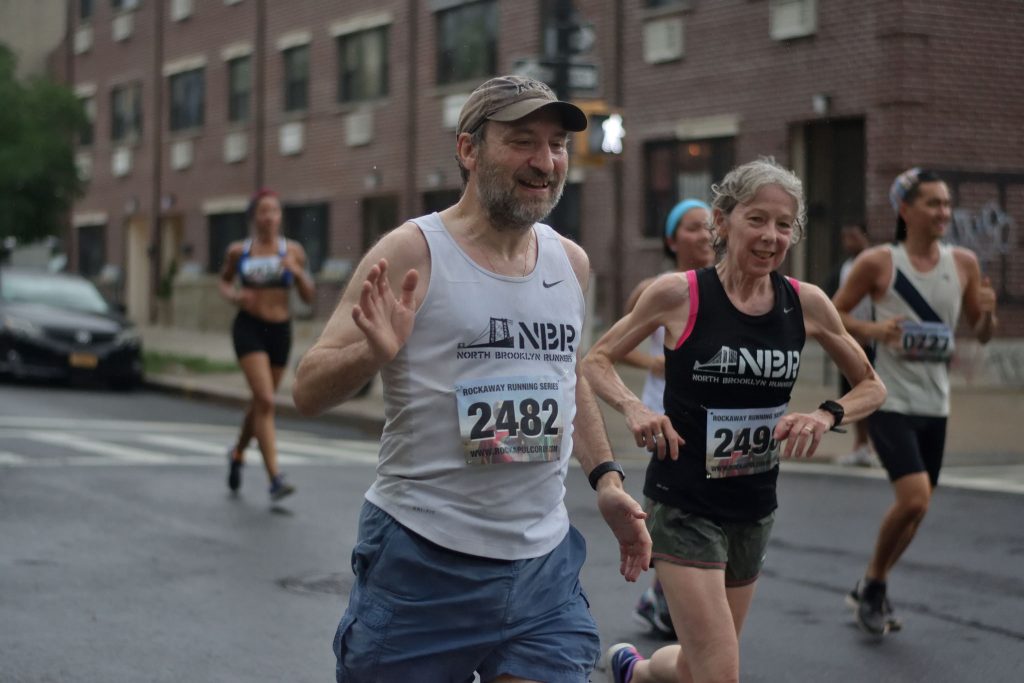 But by the end, it was a straight-up downpour! 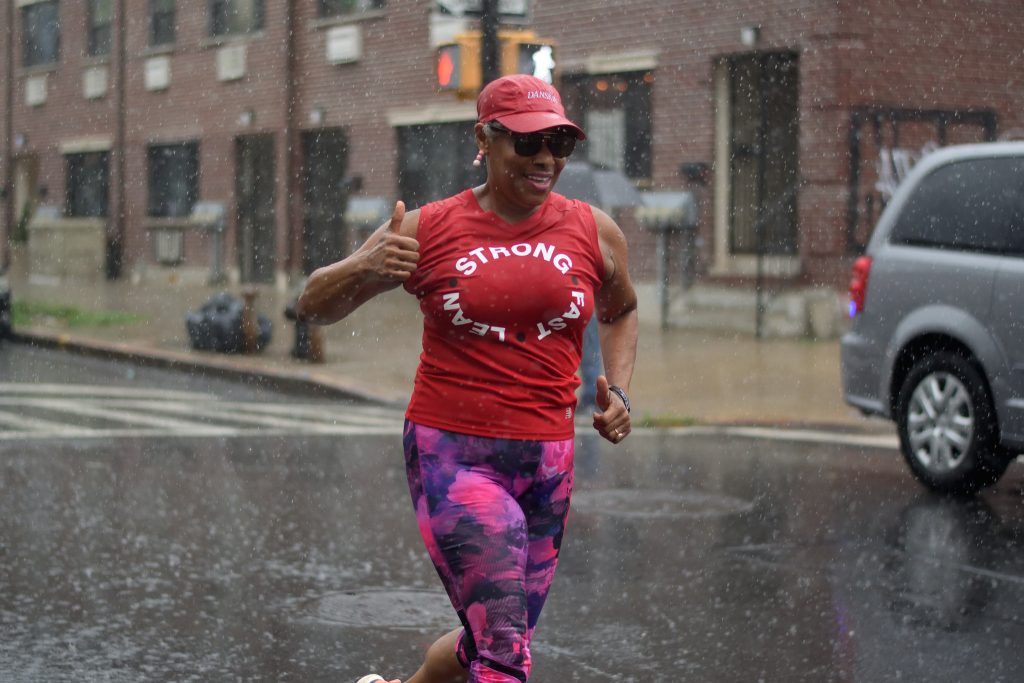 This summer has been rainy, muggy, and downright nasty. But that hasn’t stopped NYC’s running community from getting out there and doing what needs to be done! 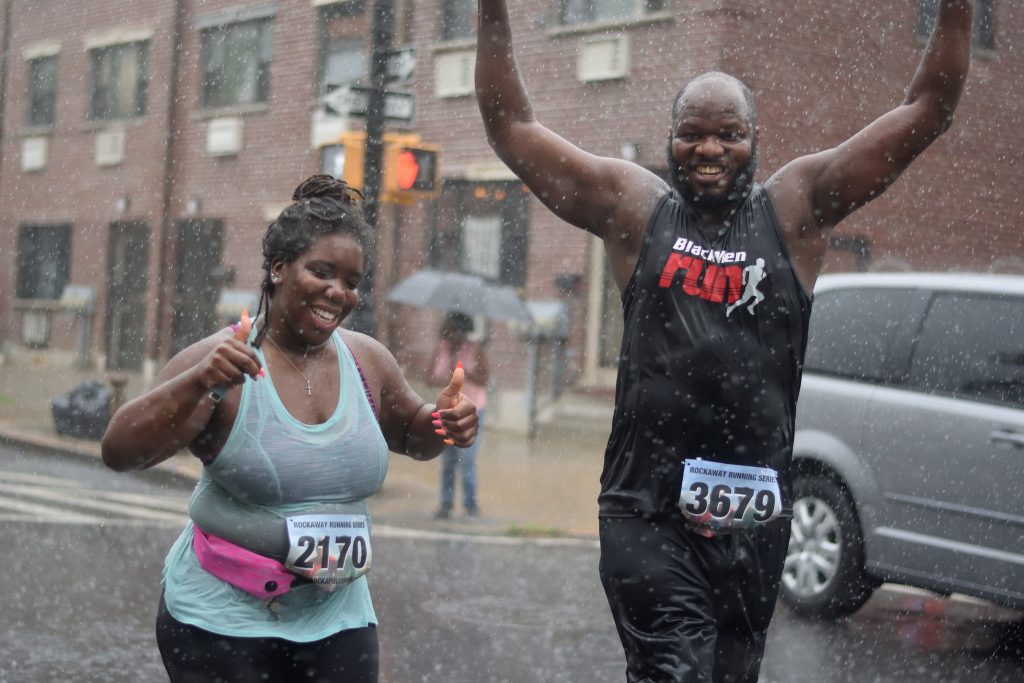