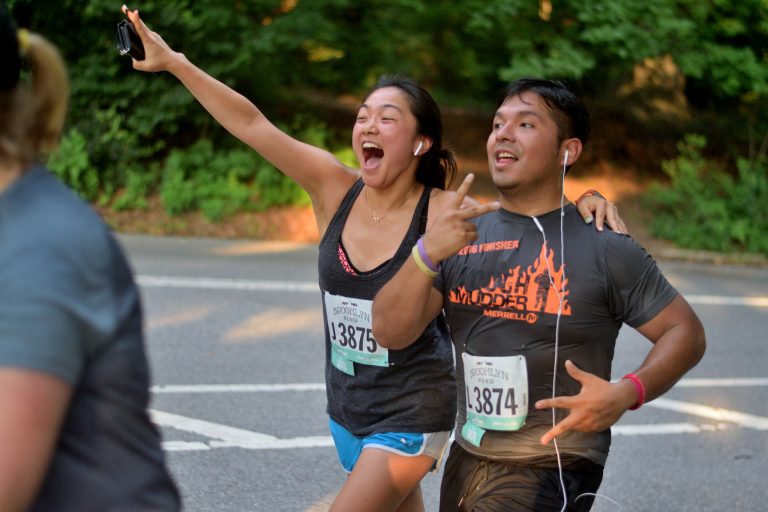 I cheer at a lot of races – but unfortunately have less time than I’d like to report on these experiences. I’ve decided to use this blog post to bundle three of the races I’ve cheered at recently: the NYRR Retro 4M, the NYRR Brooklyn R-U-N 5K, and the NYCRUNS Ice Cream Social 5K!

You can get all the photo albums on Flickr, though I’ve included a sample at the end of this blog post.

This 4 mile race took place in Central Park. NYRR encourages its runners to wear retro-themed running gear to this race, so I decided to play dress-up as well! I went to Party City the day before and picked up some 60’s themed gear. For signage, I stopped by a nearby Starbucks and picked up some of their leftover cardboard. I went with “1 More Groovy Mile”, as I was at the Mile 3 mark. 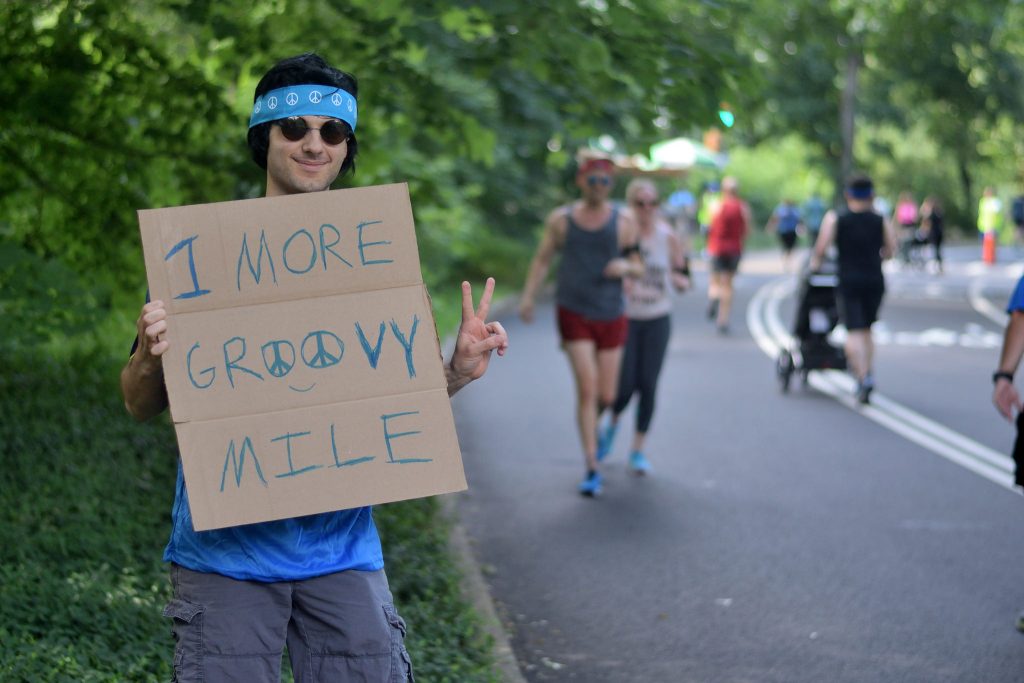 Mile 3 falls on the last of the west side hills. It’s a short walk from where I live and it allows me give the runners that last push before a nice mostly downhill stretch. It’s become my favorite cheer spot for these 4-5 mile races. 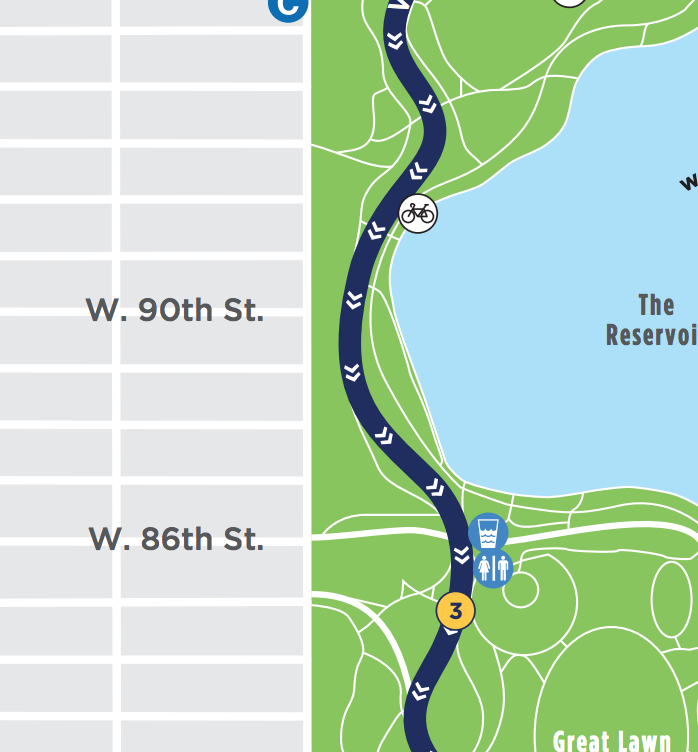 As for music: I found a YouTube playlist with all the songs from Rubber Soul (my favorite Beatles album!) and looped it a bunch of times. 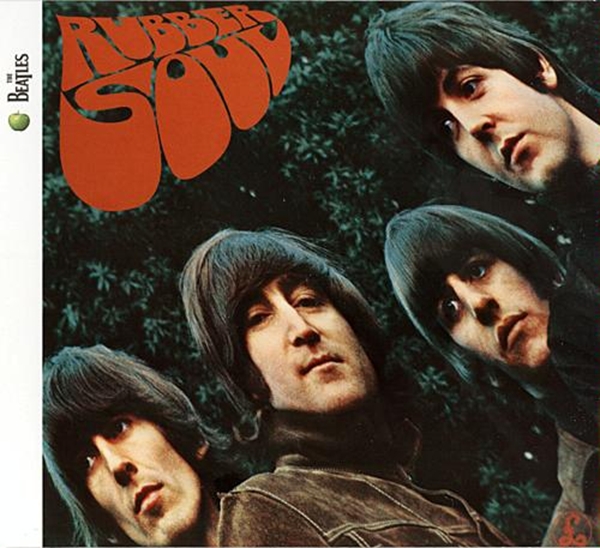 As expected, there were plenty of fun costumes at this race! Lots of groovy colors, far out hairstyles, peace, and love. 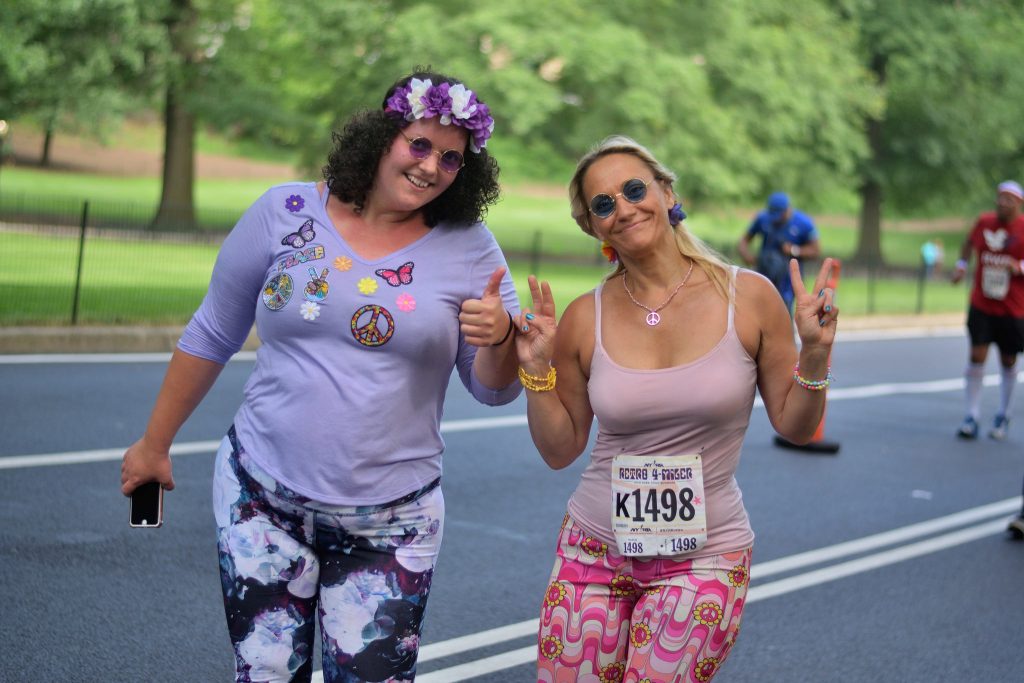 The R-U-N series was introduced by NYRR pretty recently. It’s a 5K on a weekday night, and is primarily meant as a fun run. There are no age group or overall awards for this race. The Brooklyn R-U-N took place in Prospect Park on a Monday evening. I decided to cheer up on Battle Pass Hill, between miles 1 and 2. 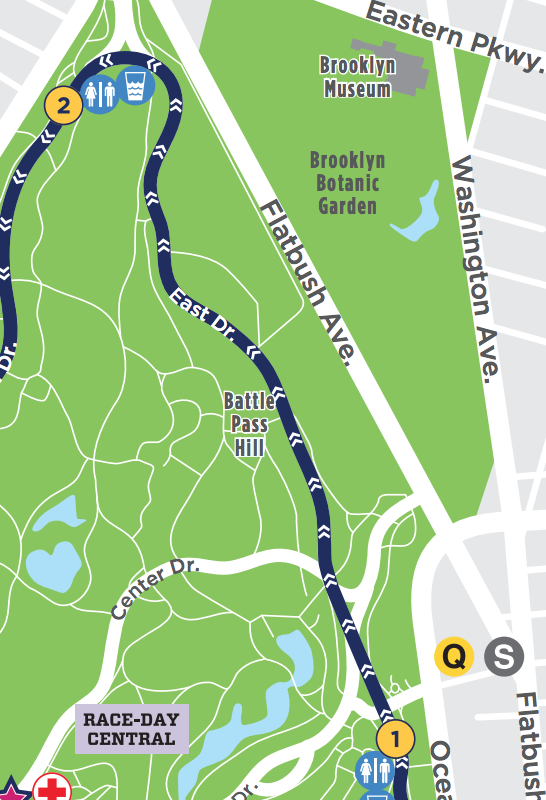 The Lean Strong Fast crew had an earlier part of the hill covered, so I continued up the hill to spread out the cheers on that tough stretch. 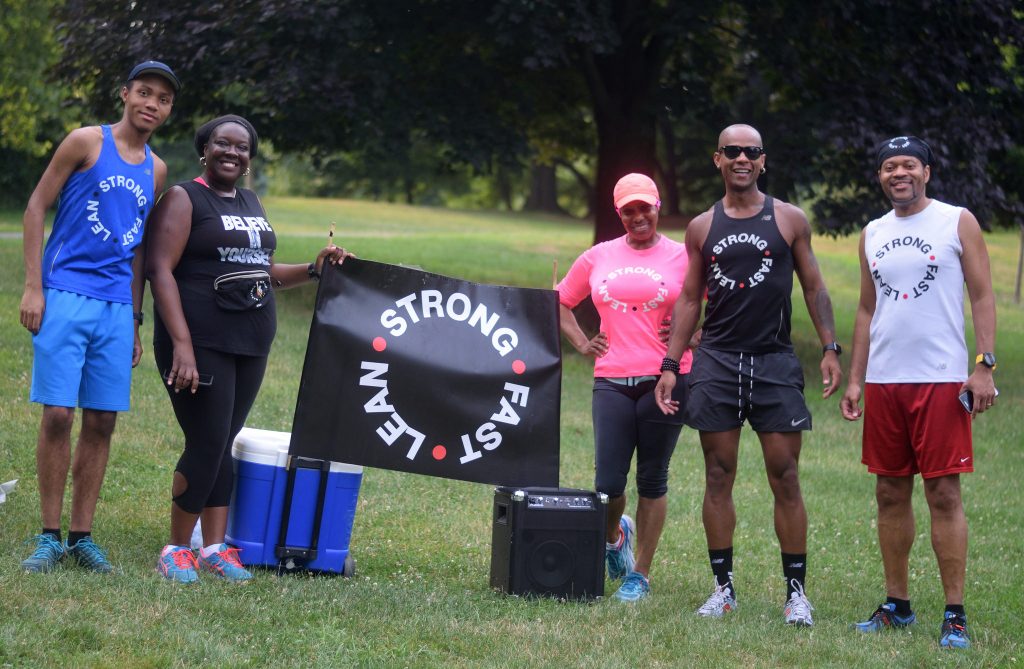 It was HUMID outside, but the runners crushed it! 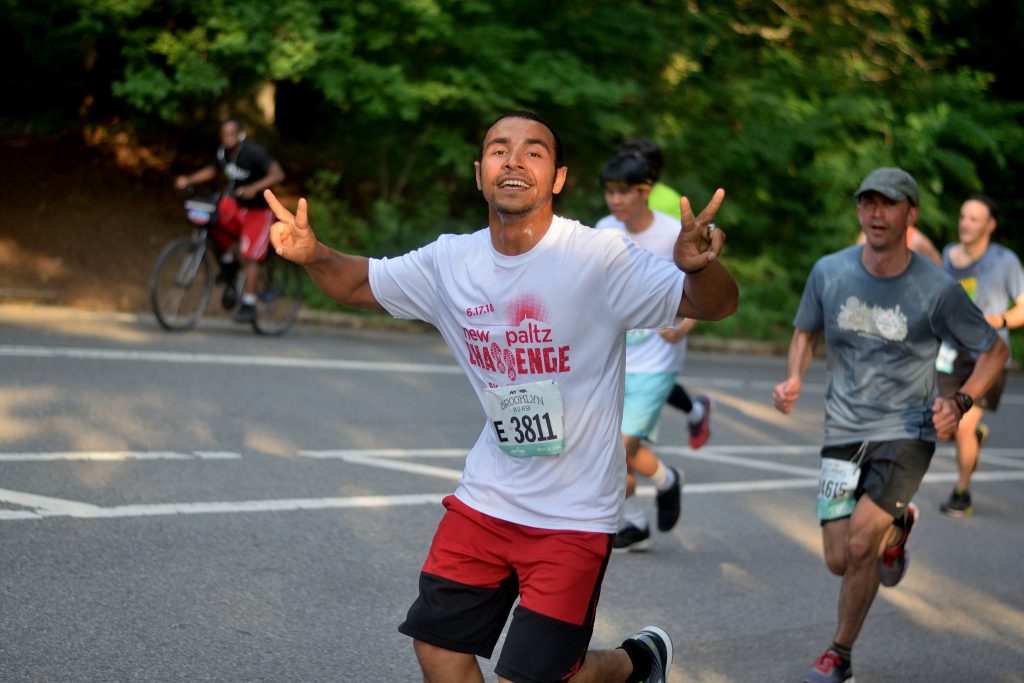 As a bonus, NYRR had popsicles at the finish for them to enjoy! 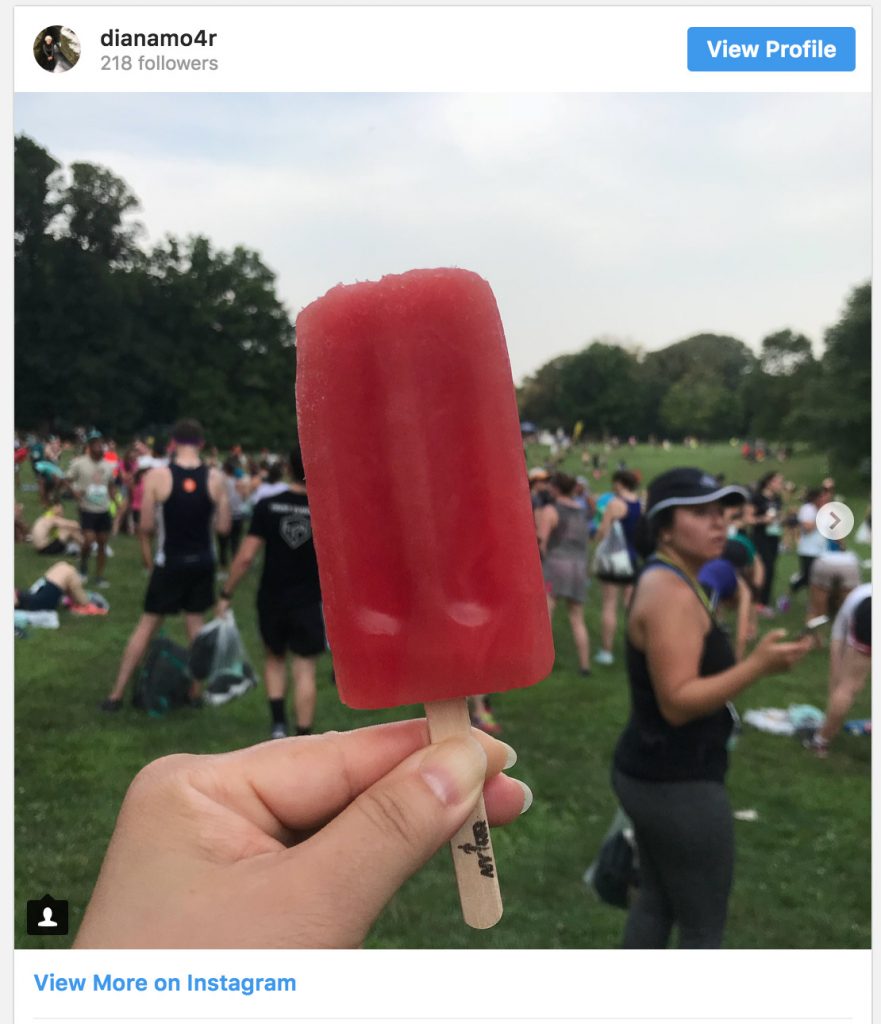 I made a last-minute decision to cheer at this race when I checked the NYCRUNS calendar. It’s been a long time since I’ve cheered at a NYCRUNS event! (Not counting the Al Goldstein 5K series which is co-run by Prospect Park Track Club). I think the last one was a 5K back in April – also in Prospect Park. 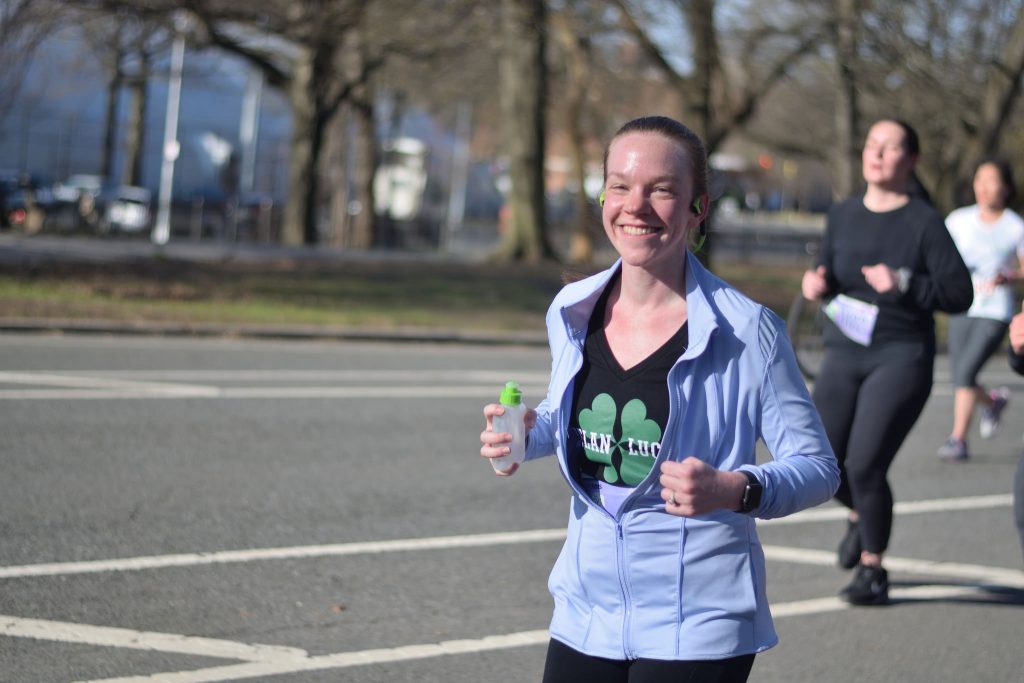 The Ice Cream Social 5K happened the day after my birthday – July 21st. I’m lucky enough to have a girlfriend who knows how important Cheer Everywhere is to me, so she got me this amazing gift!! 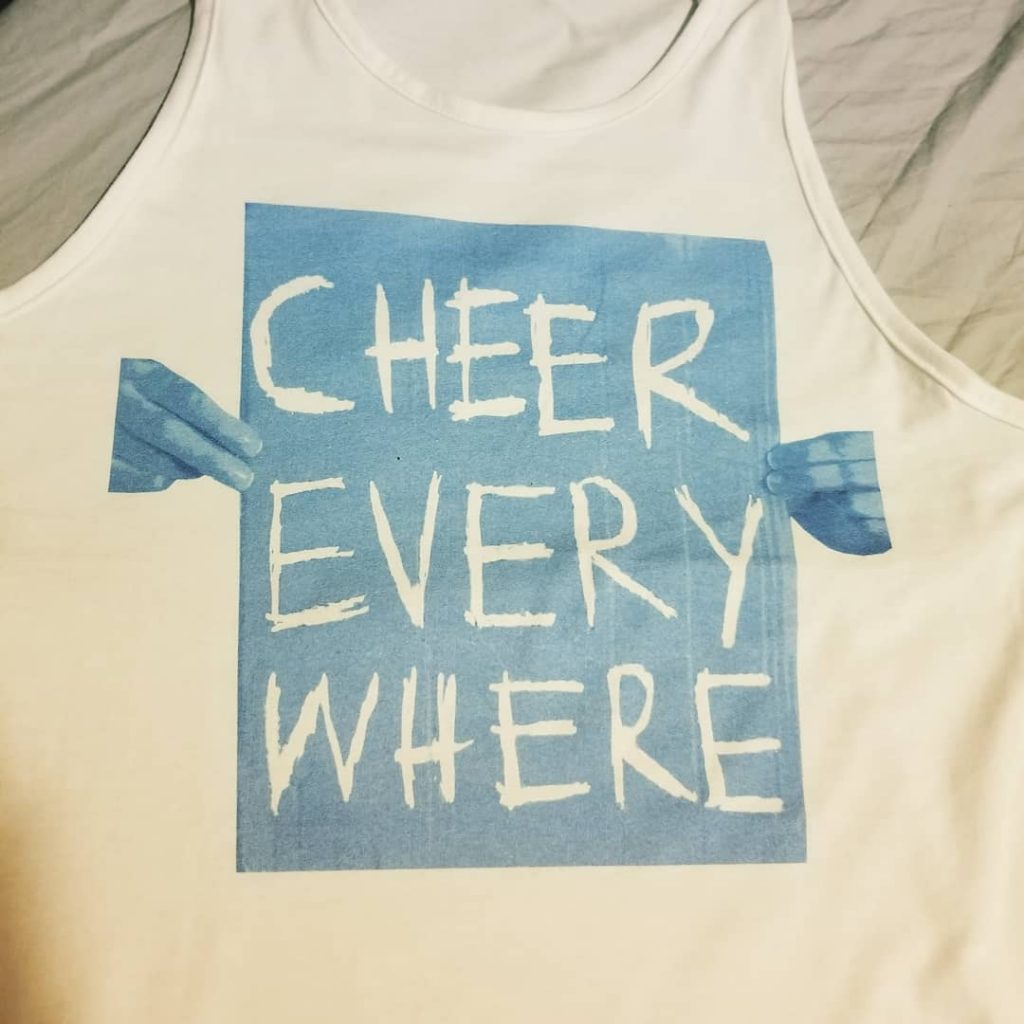 Totally going to wear this at every warm weather race.

On the morning of the race I put on my cheer shirt, stuck my camera and a speaker into my running bag, and ran from the Upper West Side to Roosevelt Island. You have to run to Queens via the Queensborough, and then back towards Roosevelt Island via the Welfare Island Bridge. It was a little confusing – when you run across the bridge you end up in what looks like a parking lot, and you have to run alongside cars to get to the main road. But I ended up there in one piece and made it to the race just in time to see the first runner on the “out” portion of this out-and-back course.

I ended up accidentally picking a great spot along the course. There was a fork in the road that sent runners on the “back” half of the run towards their right. There was an elevated platform right at the fork that I could sit on, giving me a head-on view. 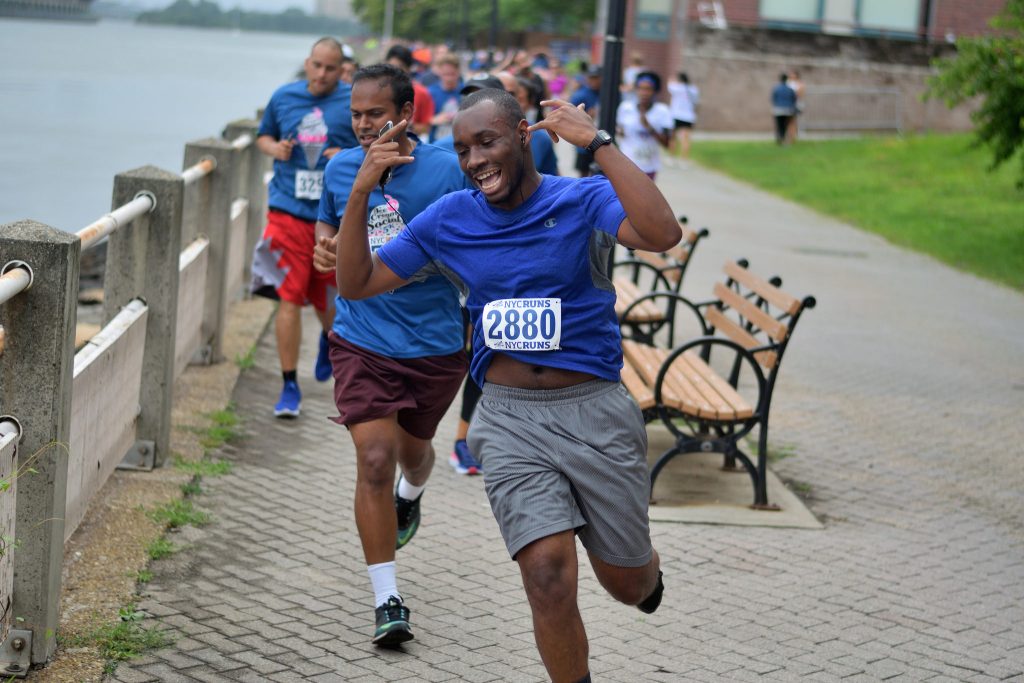 And of course, thanks to NYCRUNS for sharing my photo album! 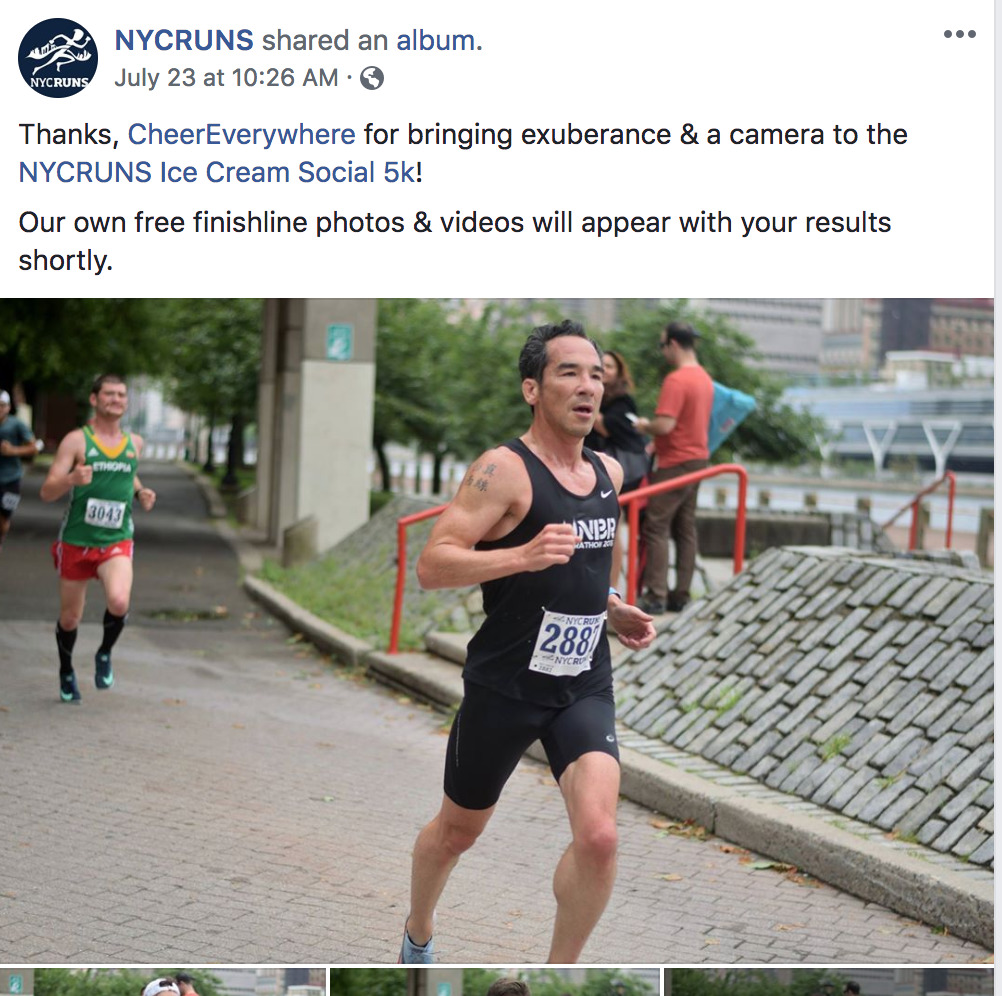