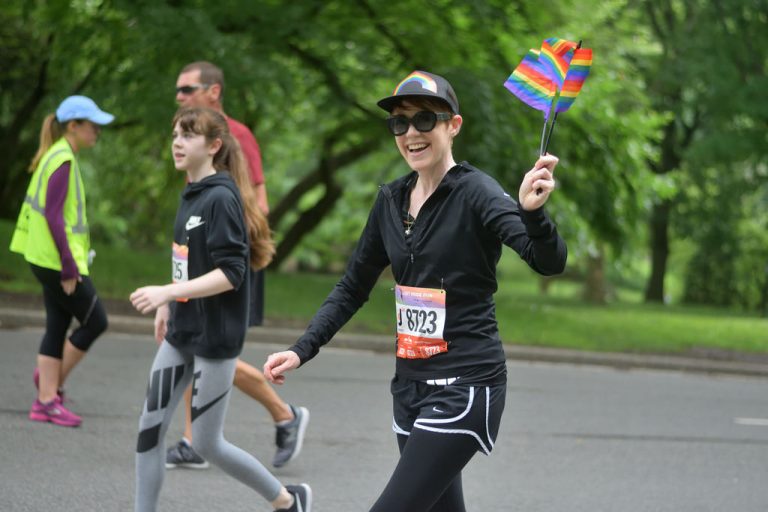 The weekend of June 23rd and 24th was a double header for Cheer Everywhere! Saturday was the Front Runners New York LGBT Pride Run, while Sunday was the Achilles Hope and Possibility 4 Miler. These were both musts to attend in my book. The Pride Run occurs during Pride weekend (during June, pride month) and is guaranteed to be a colorful, joyful, happy affair. The Achilles 4 Miler features athletes with disabilities (and their awesome guides, in some cases) crushing the hills of Central Park! 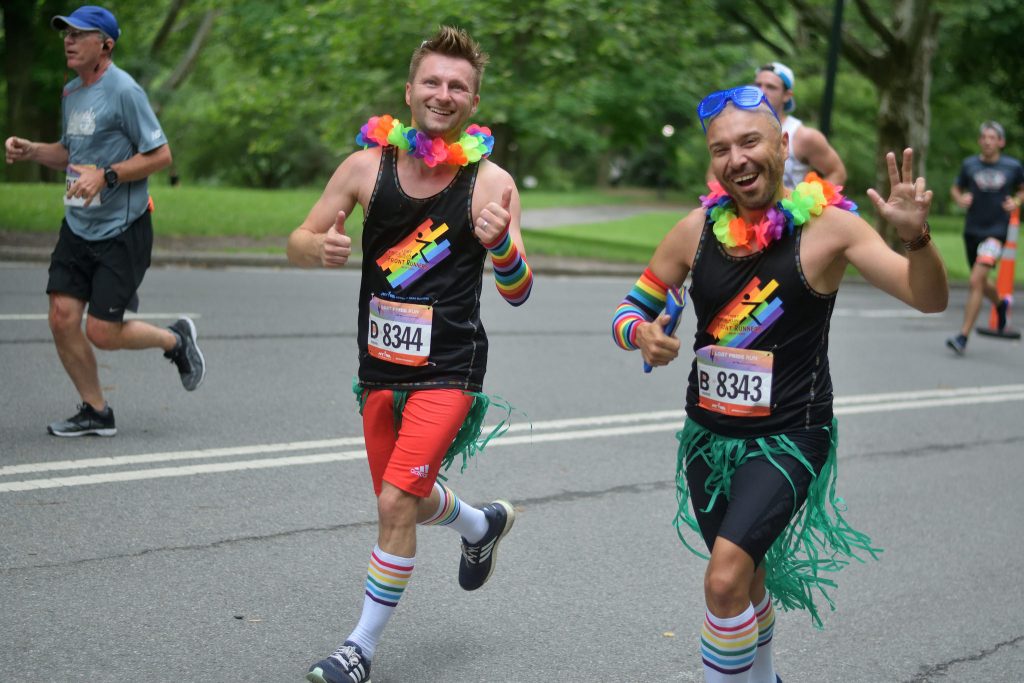 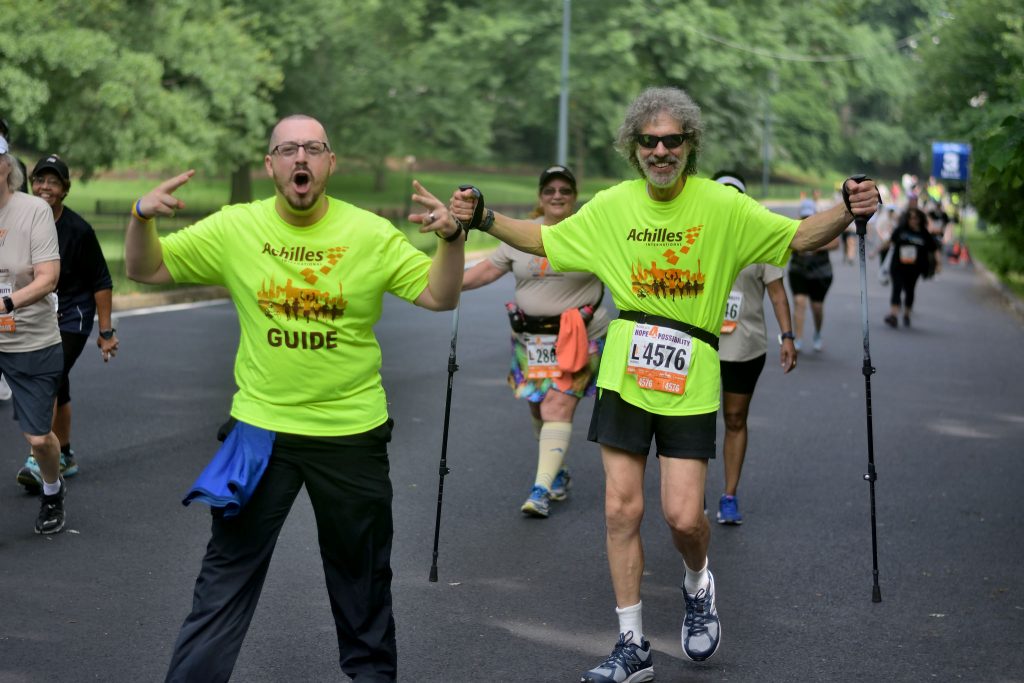 I’ll summarize my cheer experiences at both of these events below, starting with the Pride Run.

Cheer Spot: On Cat Hill, between miles 3 and 4 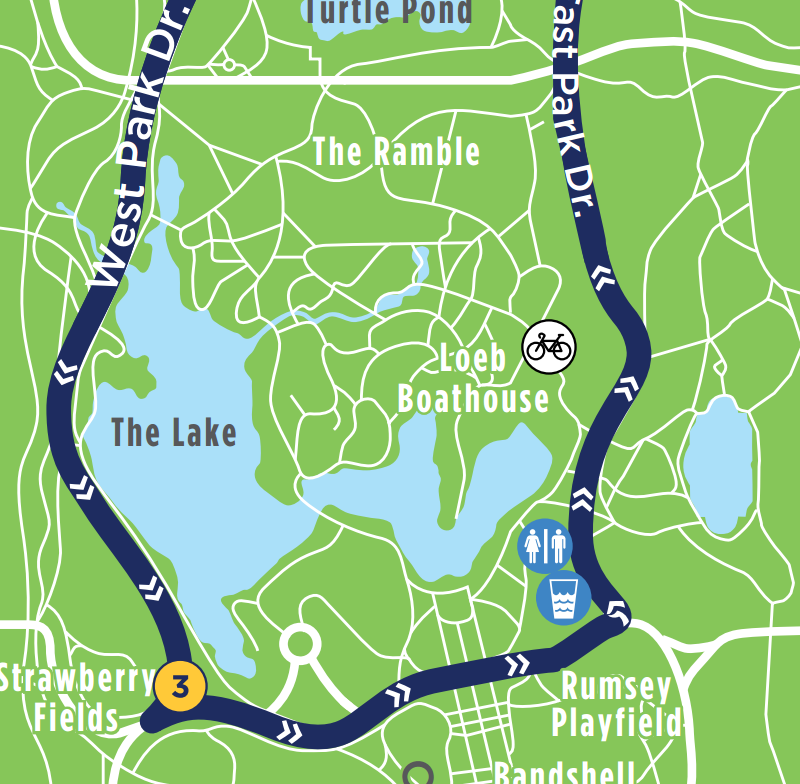 Signage: “HAVE PRIDE. HAVE FUN!” 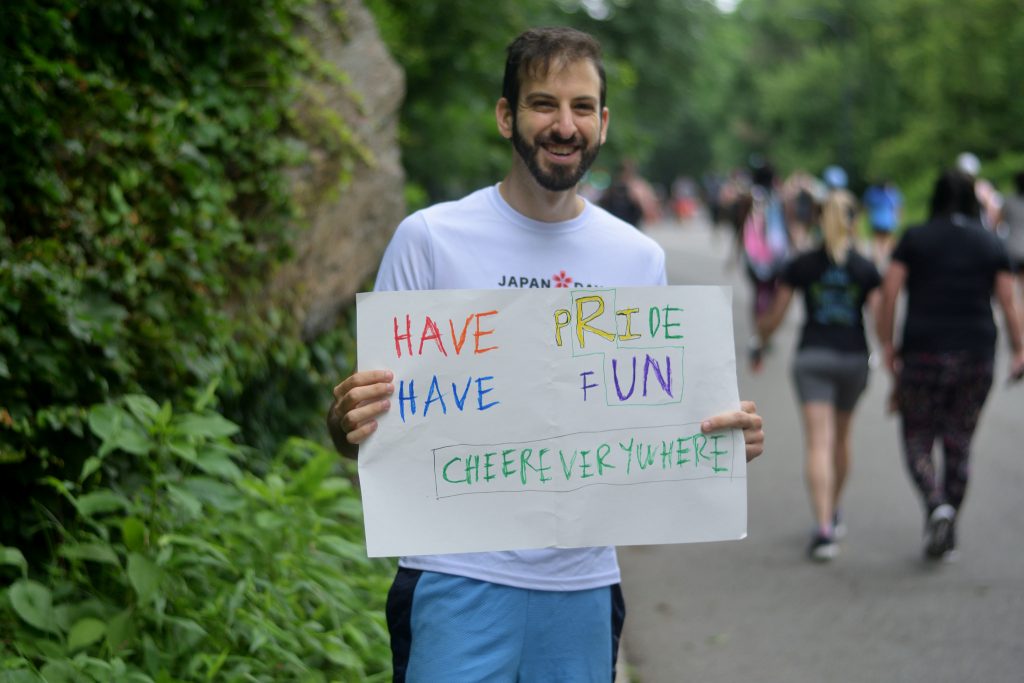 For those who don’t know, Front Runners New York are a LGBTQ-friendly running club. They’ve been active since 1979 and have been holding the Pride Run since 1982. So they obviously deserve a shoutout for making this 37th running of event such a success! They also deserve a shoutout for showing up in droves at pretty much every race I cheer. Check the NJ Marathon post for an example! 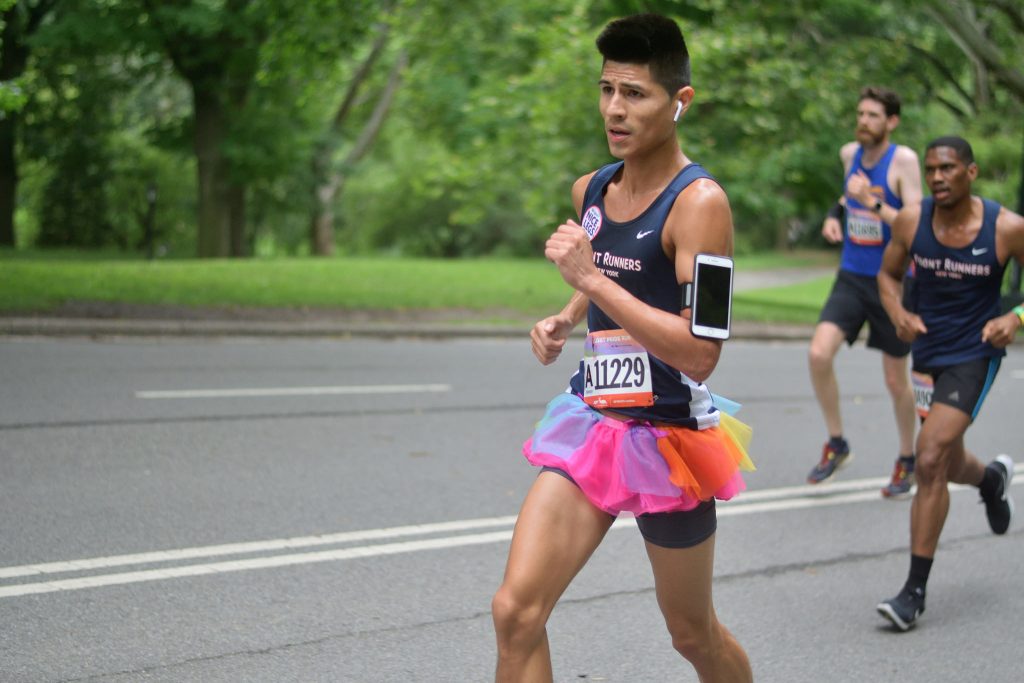 To get to Cat Hill, I took the M96 bus from 96th and Broadway, across Central Park, to 5th Ave. Then I took the M2 down to 72nd Street. I don’t take buses too often, but I was pleasantly surprised by the experience! It took about 20 minutes to get there. I had some spare time to grab a coffee and a bagel from a nearby coffee shop before heading up the hill.

I got a text from my buddy Steve (holding the sign above) asking about the cheer location! It’s rare I get company during these cheer outings, so I was excited to have a helping hand and an extra voice to encourage the runners!

This was SUCH a fun cheer experience. Pride is a big deal here in NYC, and all the runners were tasting the rainbow! 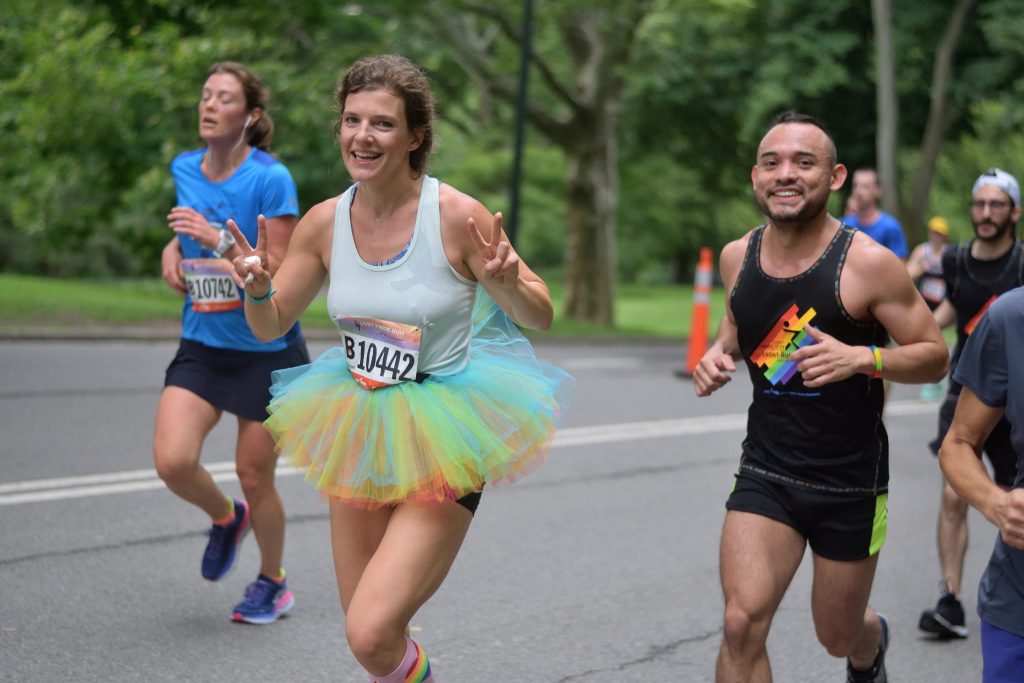 Speaking of Tasting the Rainbow…

I brought a bag of Skittles with me to hand out to the runners (shoutout to Chad who let me keep the bag after we did a pride-themed workout earlier that week). Now you might ask: who the heck would want Skittles during or after a race? Apparently everybody – because they were gone after about three minutes! 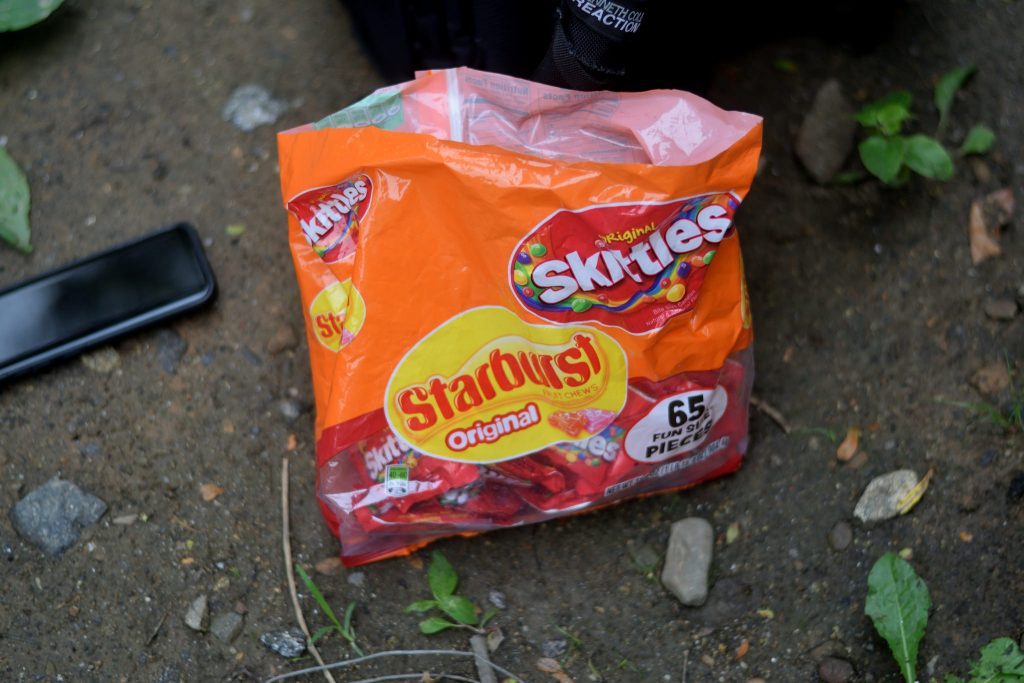 Cheer Spot: Mile 3 on the last of the west side hills 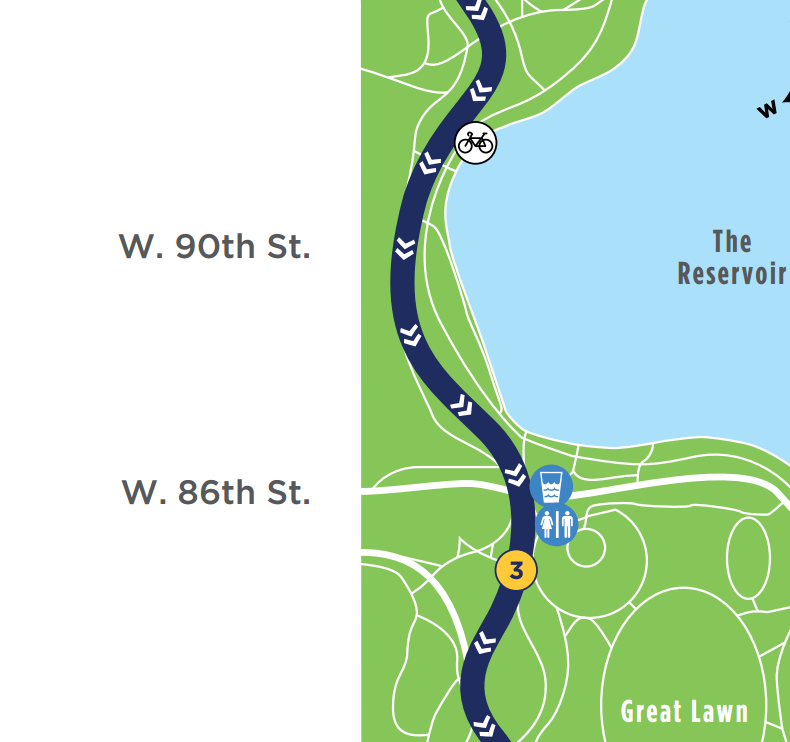 Signage: “You Are Achillin’ This Race!” 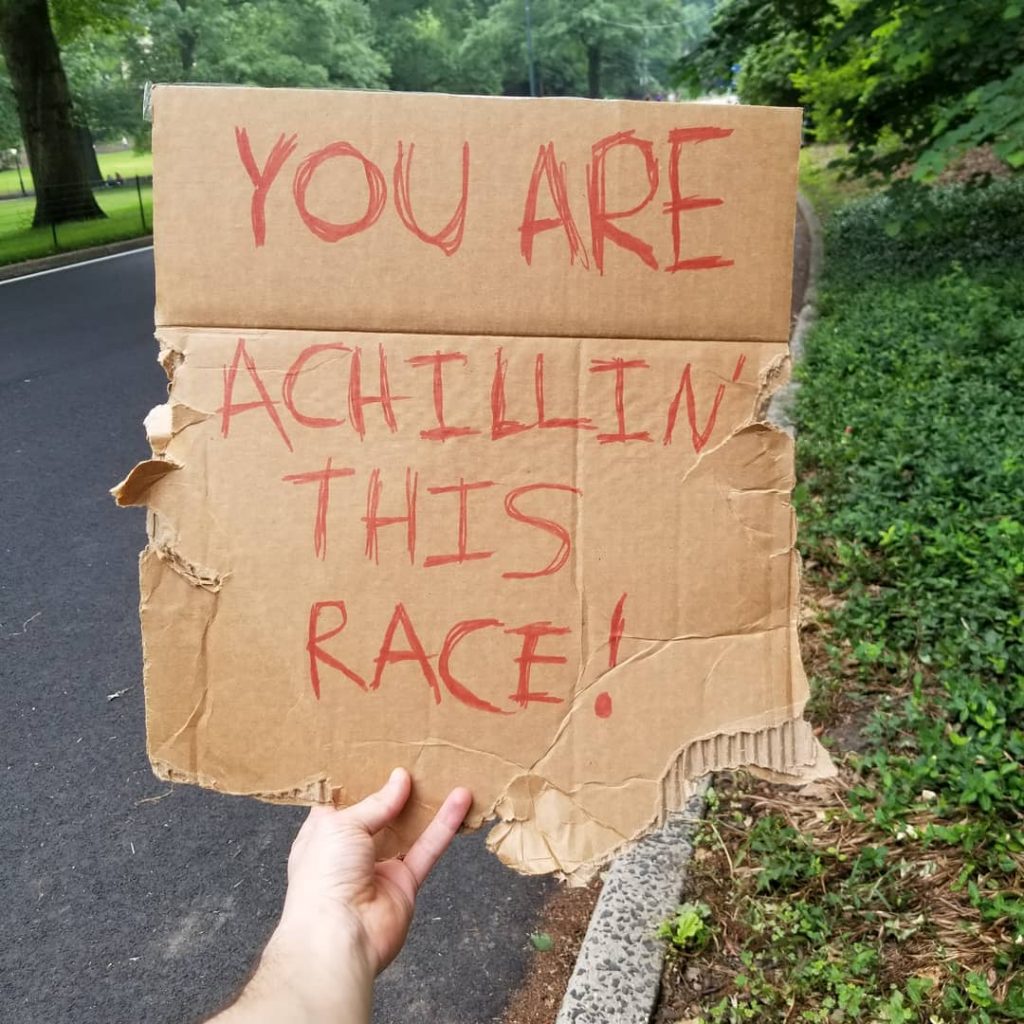 Achilles International is a non-profit dedicated to helping runners with disabilities participate in endurance events. They’re well respected in the running community – it’s rare to attend a race without seeing their bright green race shirts or hearing someone yell “Go Achilles!”

The Hope and Possibility 4M is their yearly NYC event that draws runners from Achilles chapters around the world – from Philly to Boston to as far as Melbourne, Australia! It’s a truly inspiring event put on by an inspiring organization. Click here if you’re interested in volunteering for them! 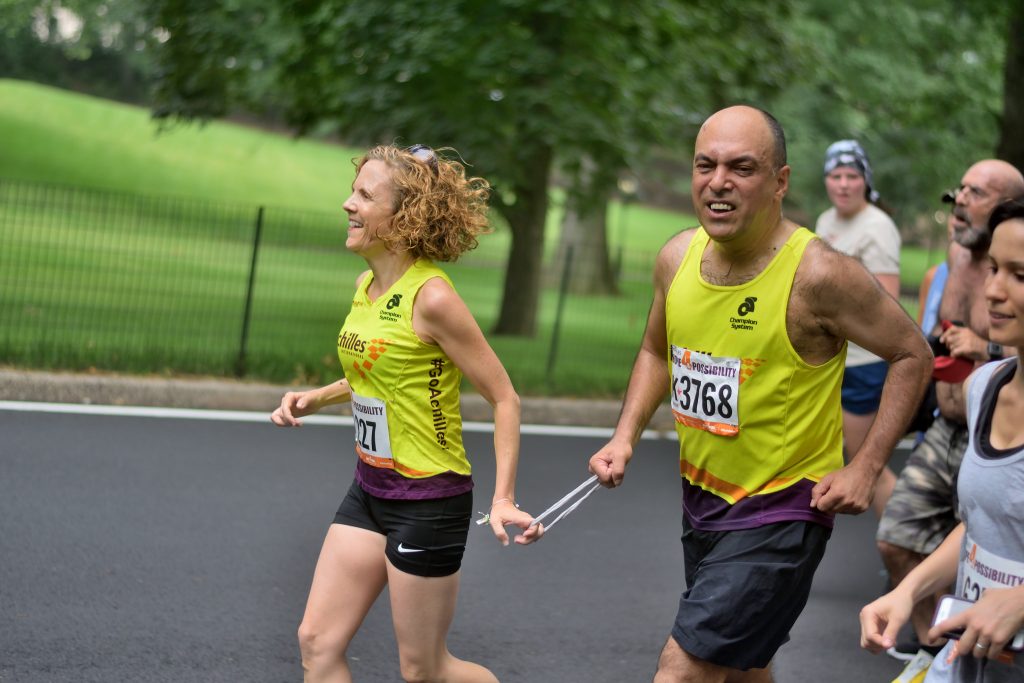 This time, the cheer spot was closer to my apartment, so I walked down Columbus Avenue until I hit a Starbucks at 86th Street. I had run out of poster board for sign-making, so I asked if they had any leftover cardboard boxes. They had plenty, so I used one to make my sign! (see above)

By the time I got to Central Park, the handcyclists and wheelchair athletes were already starting to make their way through! I think they took off before the 9 AM official start time, as is typical for races that feature runners with disabilities alongside non-disabled runners. 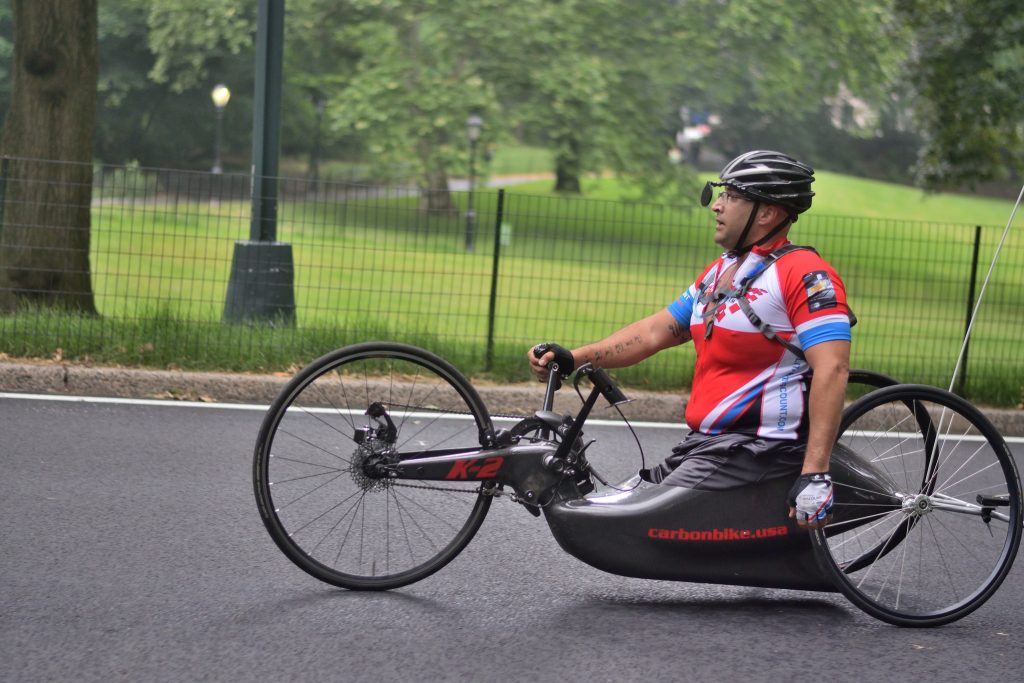 After that it was a mix of runners of all abilities. Though no Achilles runner is built the same, all share in common the determination to power through four miles and earn a finisher medal! 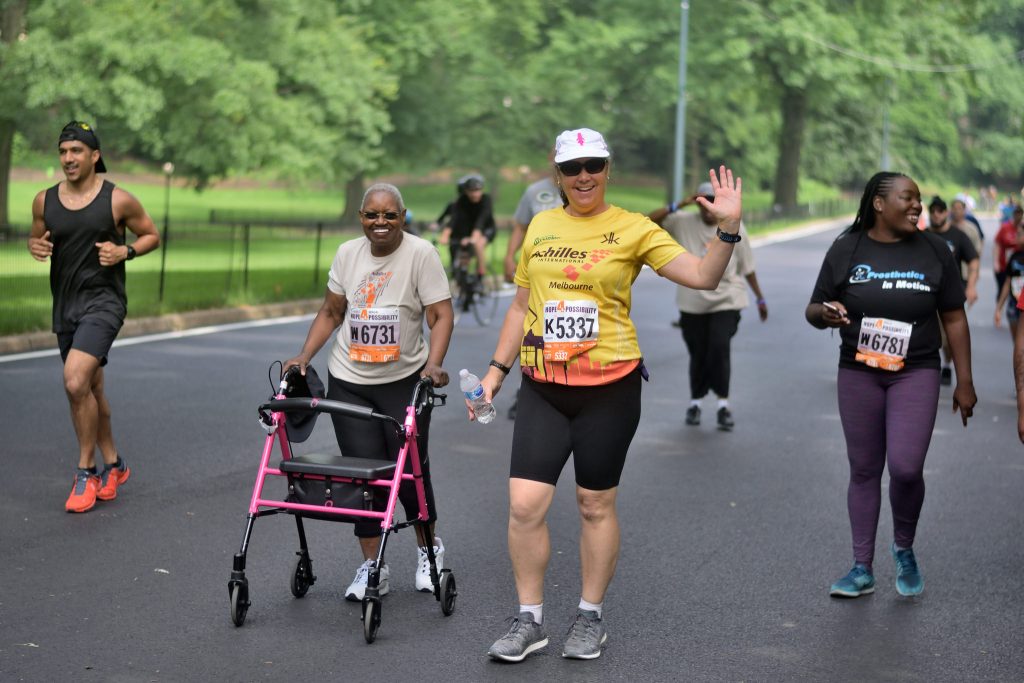 Shoutout to the Vets

A special shoutout is in order for the Achilles Freedom Team! They consist of wounded veterans of the U.S. military who are ultimately looking to complete a marathon, but take on shorter challenges like this 4 miler on the path to success. These folks are the definition of “stronger than excuses”, and it was great seeing so many of them complete this race! 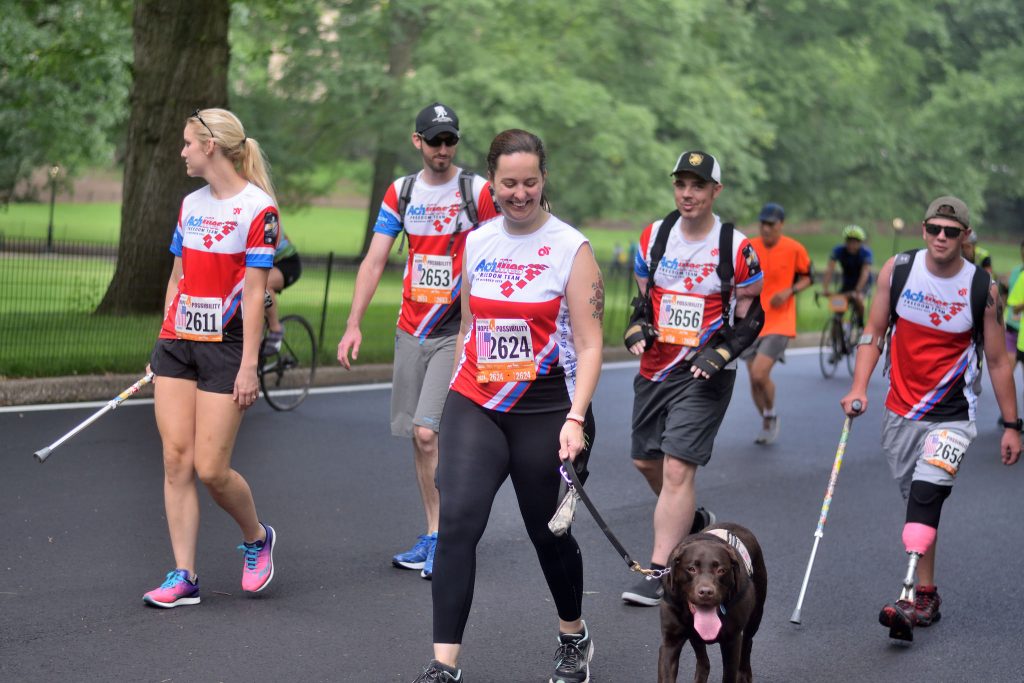