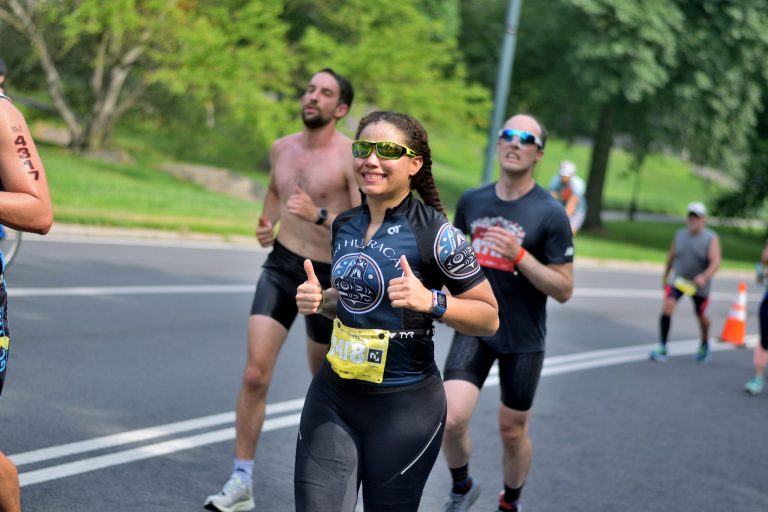 Posted by: Ben Mayersohn in Cheer Report, Triathlon 5 years ago

Up until the weekend of July 1st, Cheer Everywhere exclusively cheered on runners. That’s mainly because we started up last fall, and while road races happen all year long, triathlon season is confined to warm weather months. Not everybody wants to begin a multi-sport endurance event with a polar plunge!

So last weekend’s NYC Triathlon was the perfect place to start! Having moved to the Upper West Side about a month ago, I could make the 5:50 AM start without waking up too early. To compare, shuttles for the athletes from the host hotel started at 3:45 AM! Ouch. 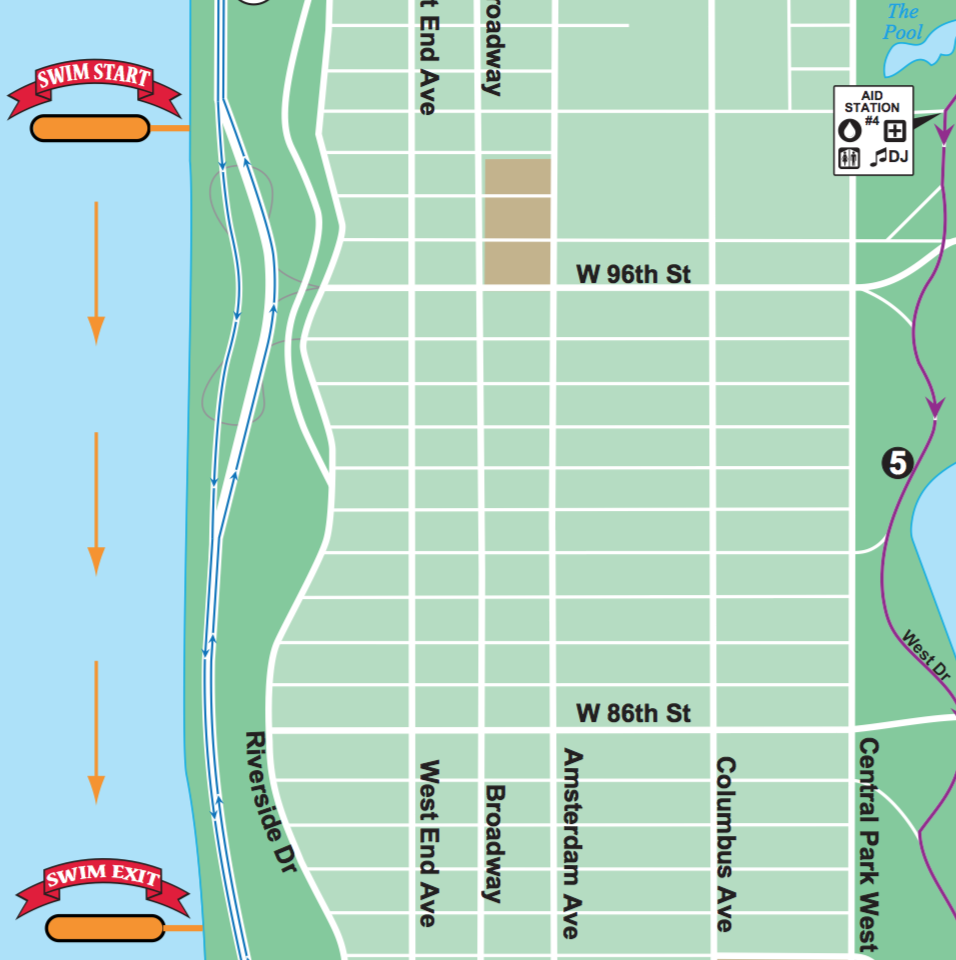 Cheer Spot: Mainly the West Side Highway/96th Street and Mile 5 in Central Park 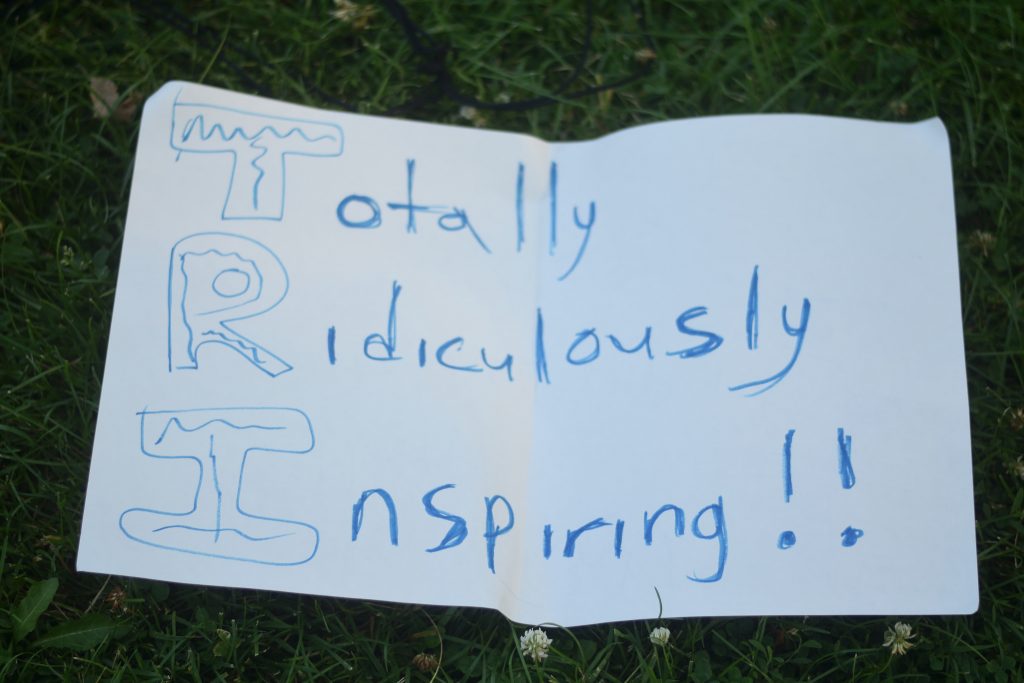 I ended up getting to the swim start about two minutes after the first athletes hopped in. I was mainly here to snap some photos of spectators. It’s hard to cheer people on from the distance as they’re trying to avoid getting kicked in the face! So I figured I’d just document the excitement and then head to the bike portion. 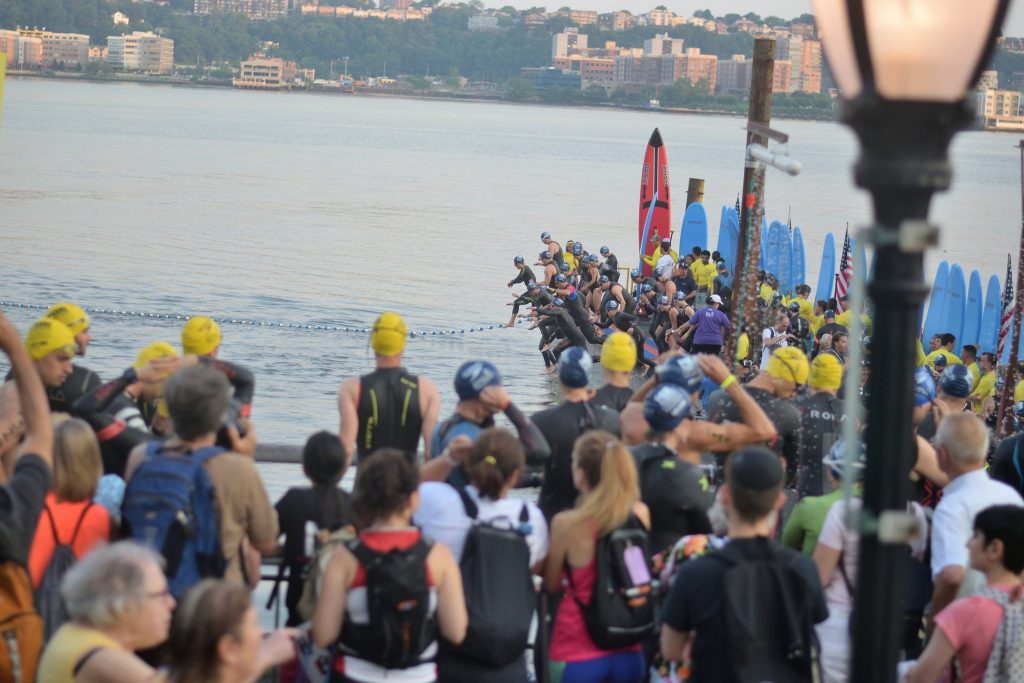 And here’s a photo of an adorable dog that was there to watch the swimmers. 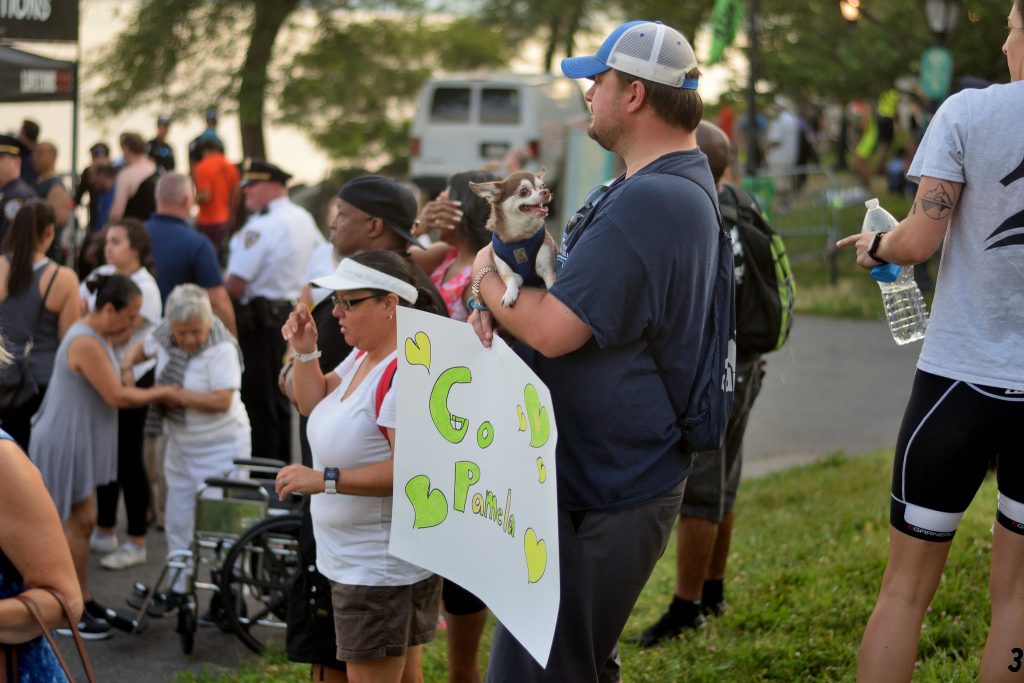 The cycling portion was my first up close and personal experience with the athletes. I settled upon a strip of the highway off 96th street, not too far from where the swim started. It was an out and back stretch. The cyclists would head up the highway to Van Cortlandt Park in the Bronx and back. I focused on the “out” portion, as it’s hard to take good photos from across the highway. 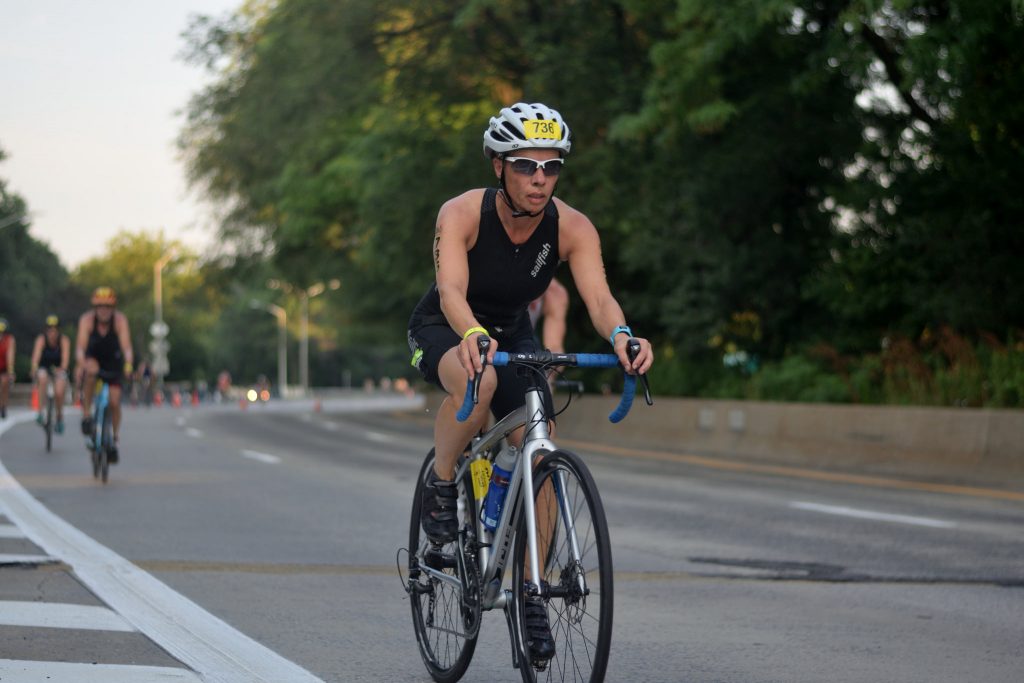 I don’t know much about triathlon clubs, but I started to learn the names of some of them during this portion. Some examples include Brooklyn Tri Club, Empire Tri Club, Tri Huracan, and TriLatino. Some organizations normally associated with running, such as Front Runners New York and Achilles International, also have triathlon/multisport training teams (and some pretty nice tri suits). 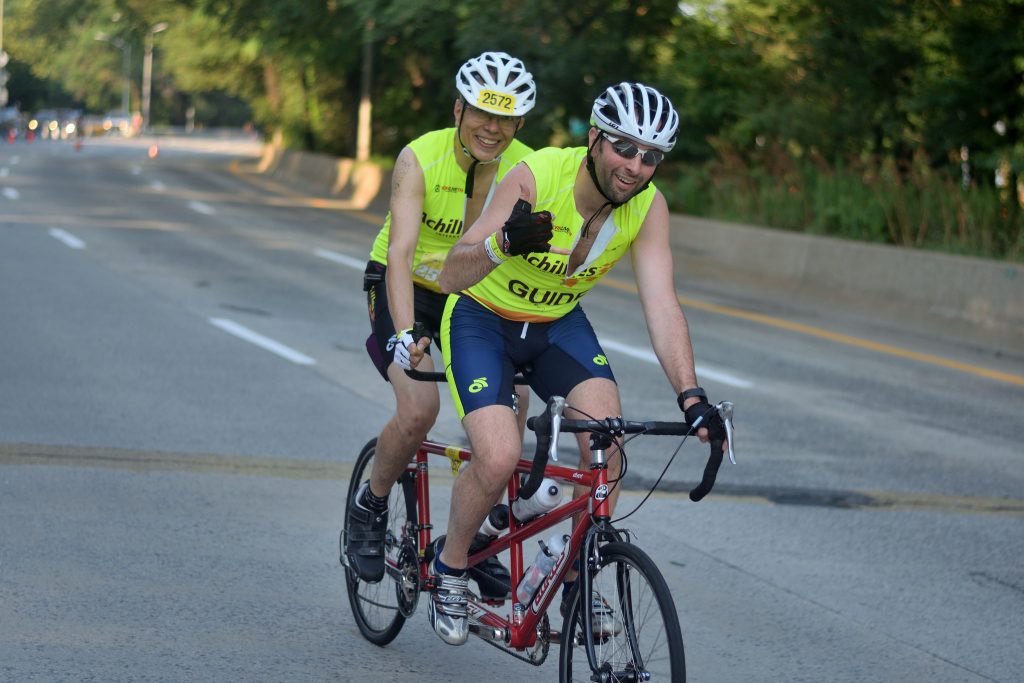 There were some very enthusiastic cheerers at this particular spot. These two were cheering especially hard for the tired cyclists coming back from the Bronx. 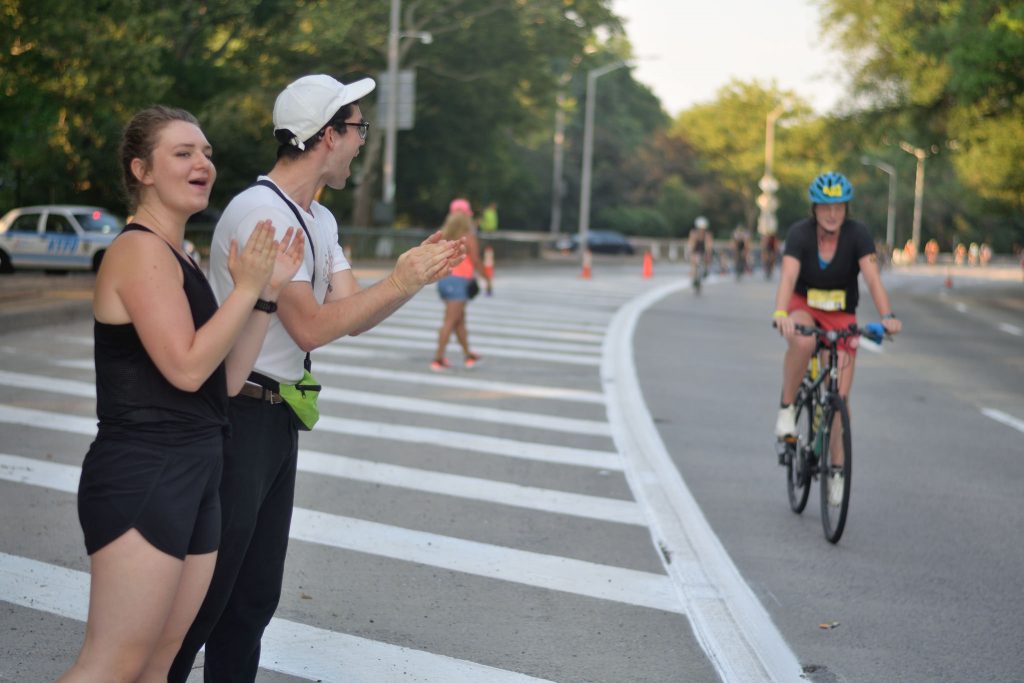 There was also a mini Team WilPower NYC cheer squad! 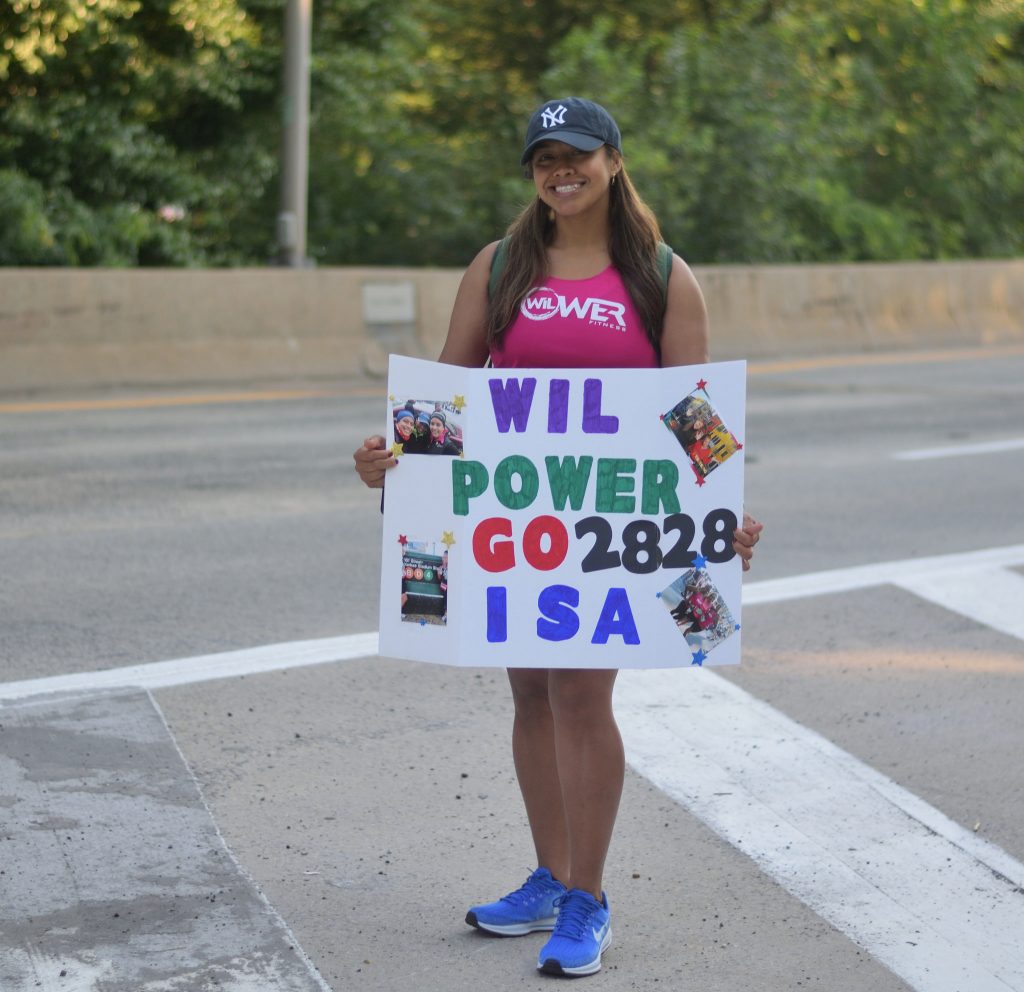 After a good number of cyclists passed by, I walked from here to Central Park to catch the runners. By this point it was HOT out there, but I still managed to get some smiles out of the runners! 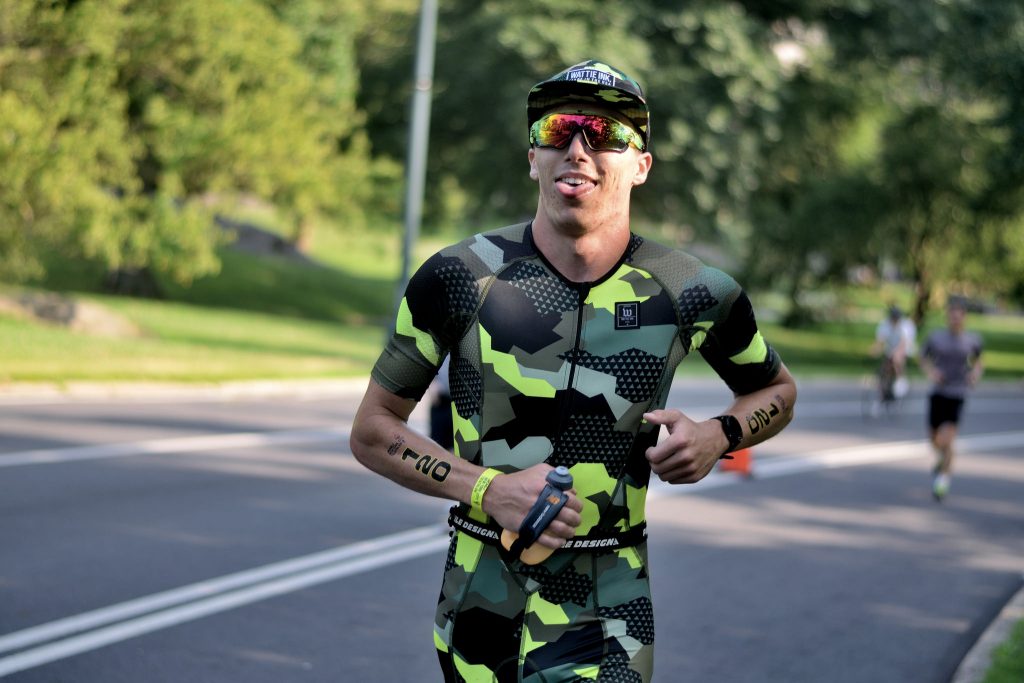 The winner for best team race outfit has to be the Harlem Lacrosse crew. I want to wear this everyday for any and all occasions and not be judged for it. 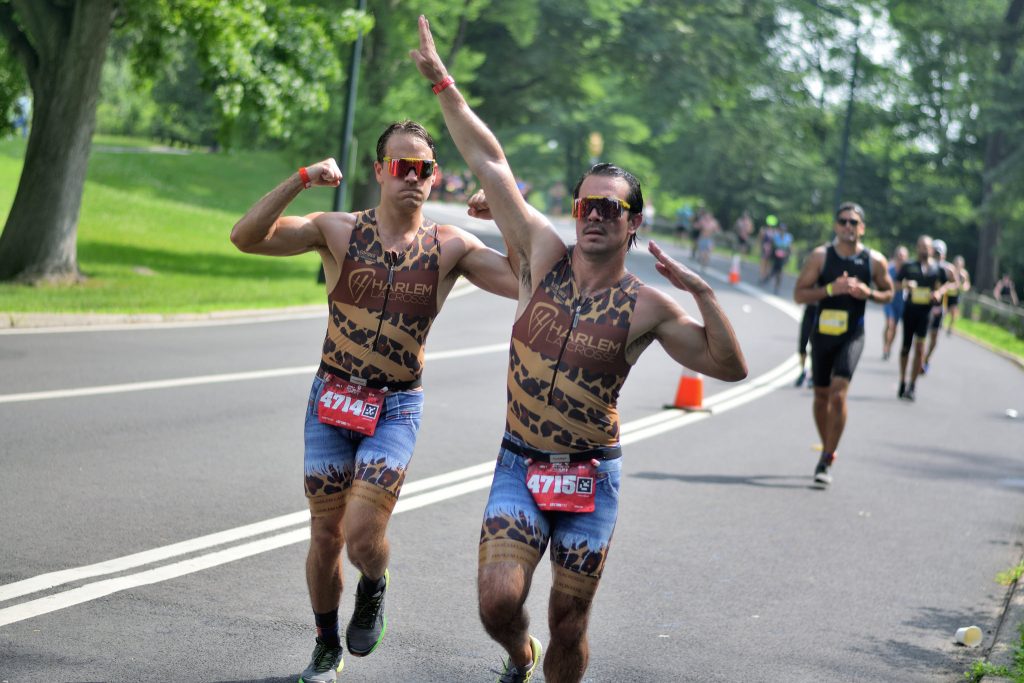 But regardless of how these athletes were dressed, they all share one thing in common: they’re STRONG. 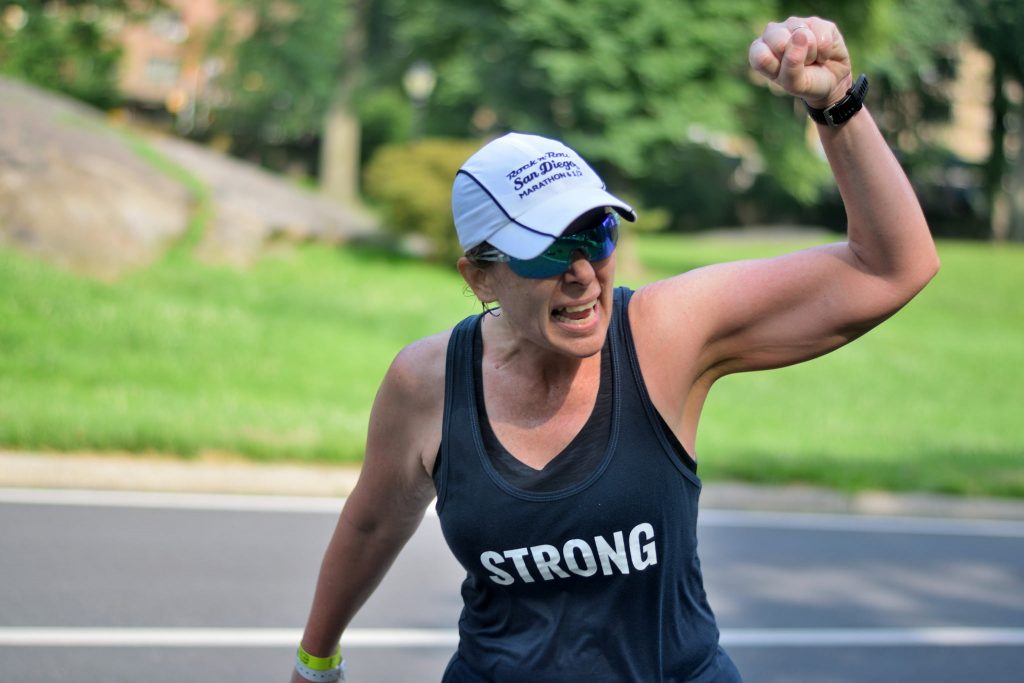