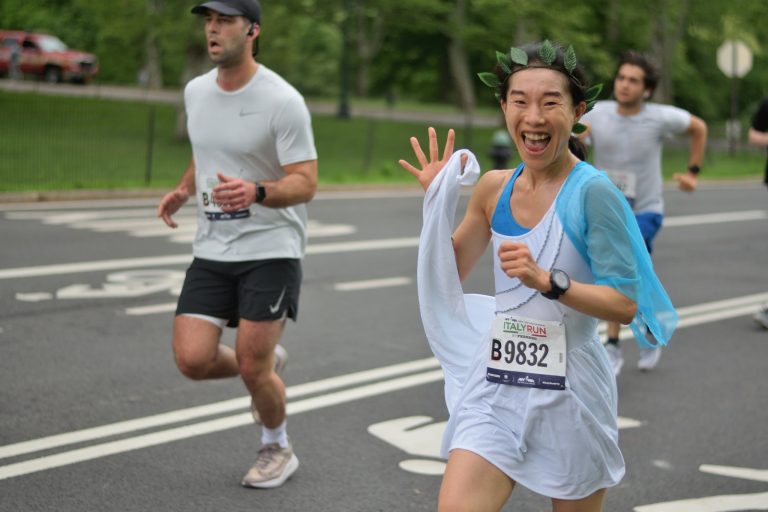 Posted by: Ben Mayersohn in 5 Miler, Cheer Report 4 years ago

After today’s NYRR Mini 10K, last weekend’s NYRR Italy Run is officially old hat – but the blog post must be written! I’m going to take the same approach to summarize this cheer experience that I used for the NYRR Japan Run – short and sweet!

Cheer Spot: Between miles 3 and 4, on one of the early West Side Hills

Signage: “All runs lead to Rome!” 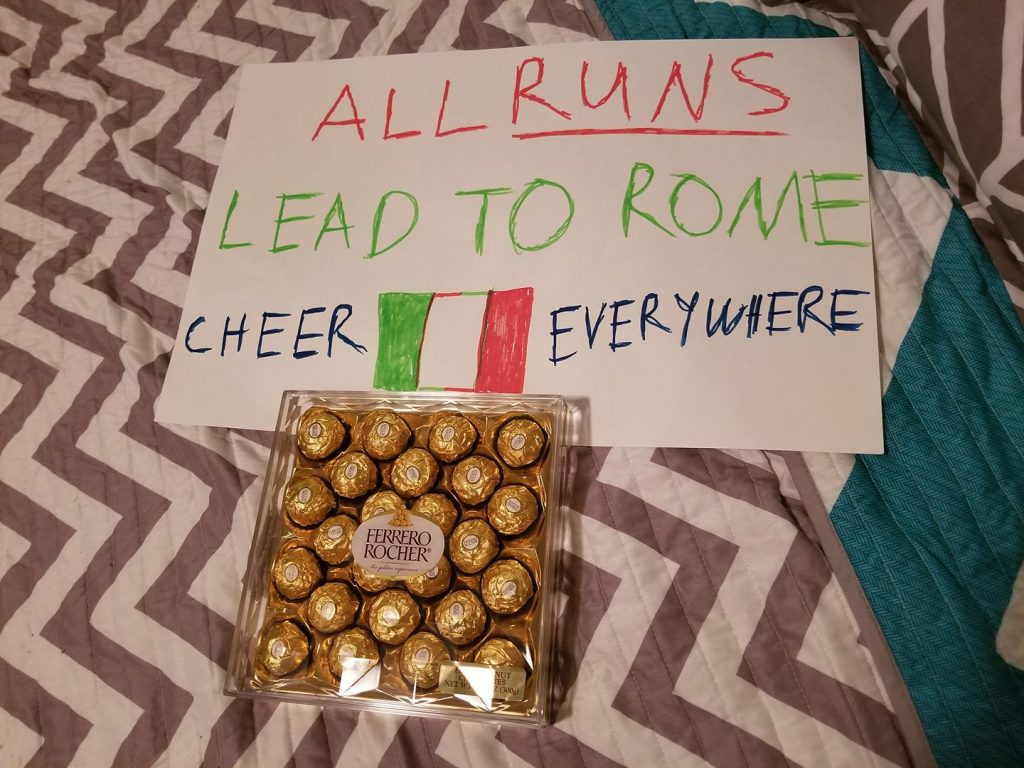 NYRR teamed up with Ferrero to put on the first Italy Run! There’s already a France Run and a Japan Run, and at one point in time there was a Scotland Run, so why not add Italy to the list??

Some runners represented Italy in the modern sense… 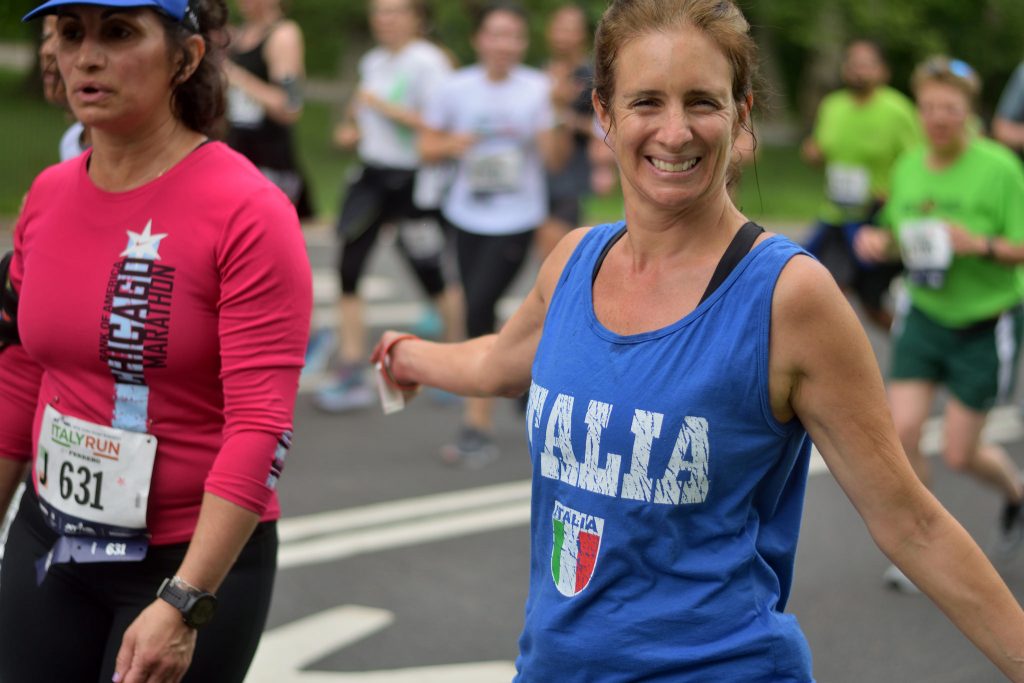 …while others looked all the way back to the Roman Empire to pay tribute! 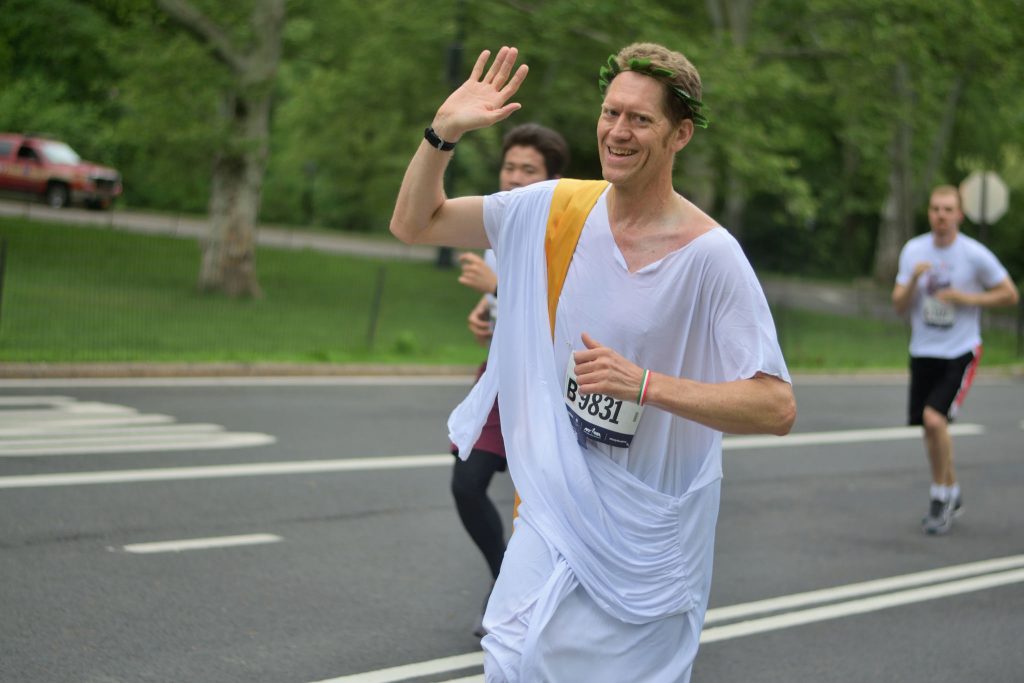 All in all, it was a great way to spend my Sunday morning (and I’m sure the runners felt the same way!)

I met two course marshals who ensured the safety of all participants and passersby – AND knew how to cheer! 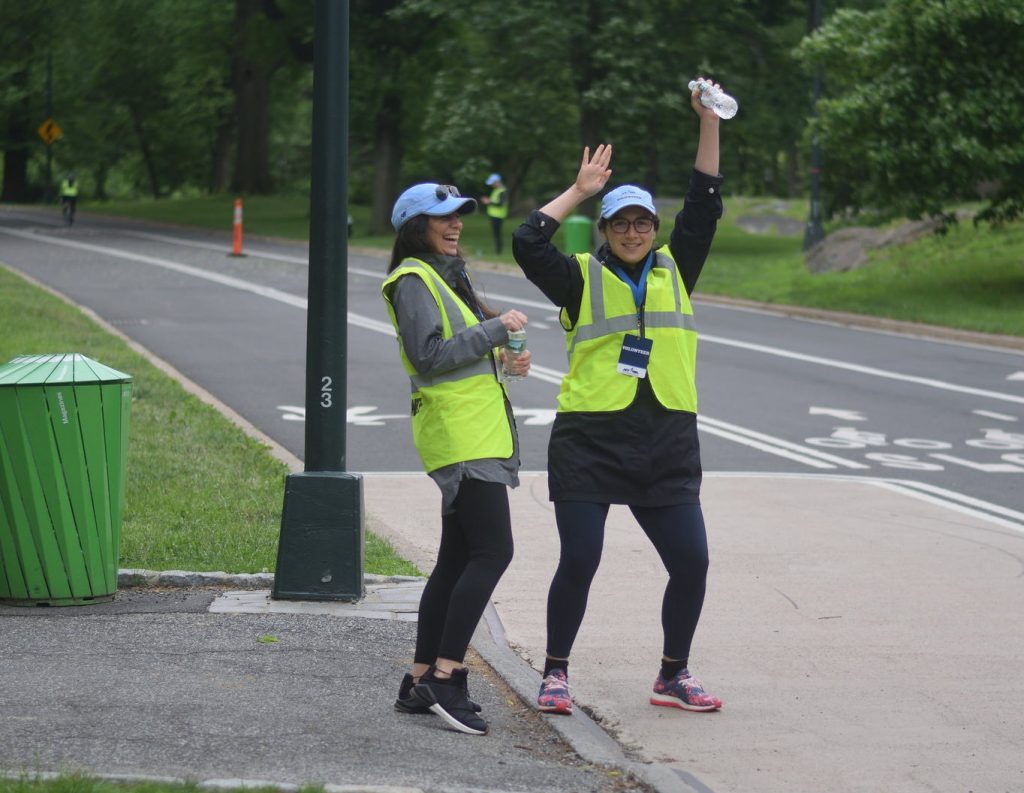 If you’re going to volunteer for your 9+1, make it count – cheer your behind off!! It was so much fun being next to these two while encouraging the runners.

Another highlight – Lori and I just moved to the Upper West Side! That makes cheering races in Central Park a total breeze. Having Lori there was great – we got some rare mid-cheer photos!

(Want mid-cheer photos to be less rare? Then join Cheer Everywhere at the next race!) 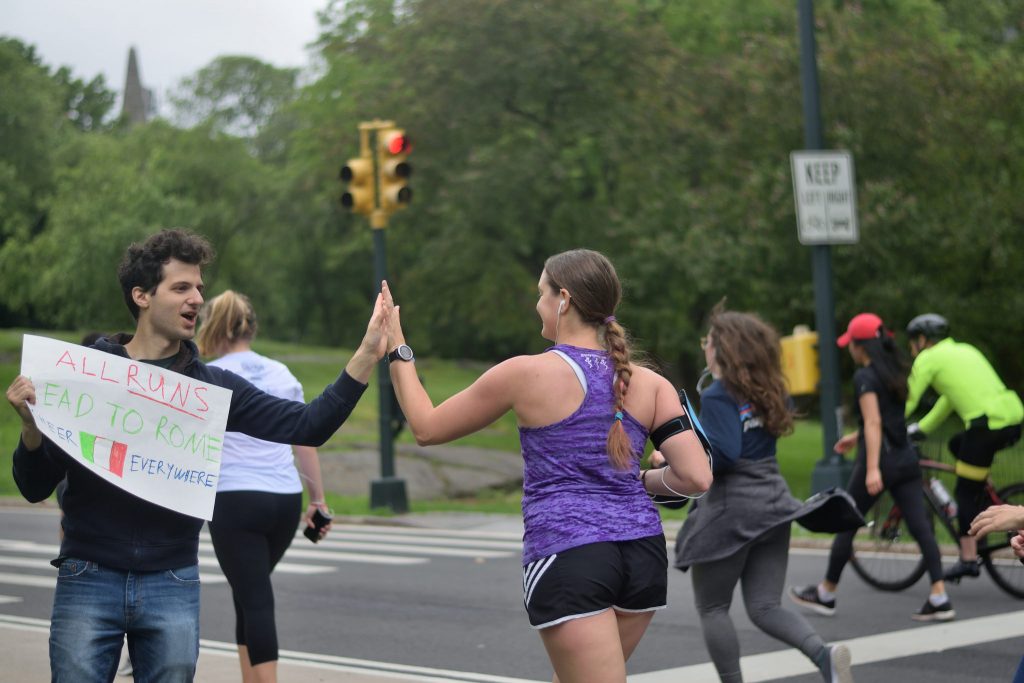 I was mostly high-fiving people, but a lucky 24 runners (out of several thousand) got some Ferrero chocolate as well! 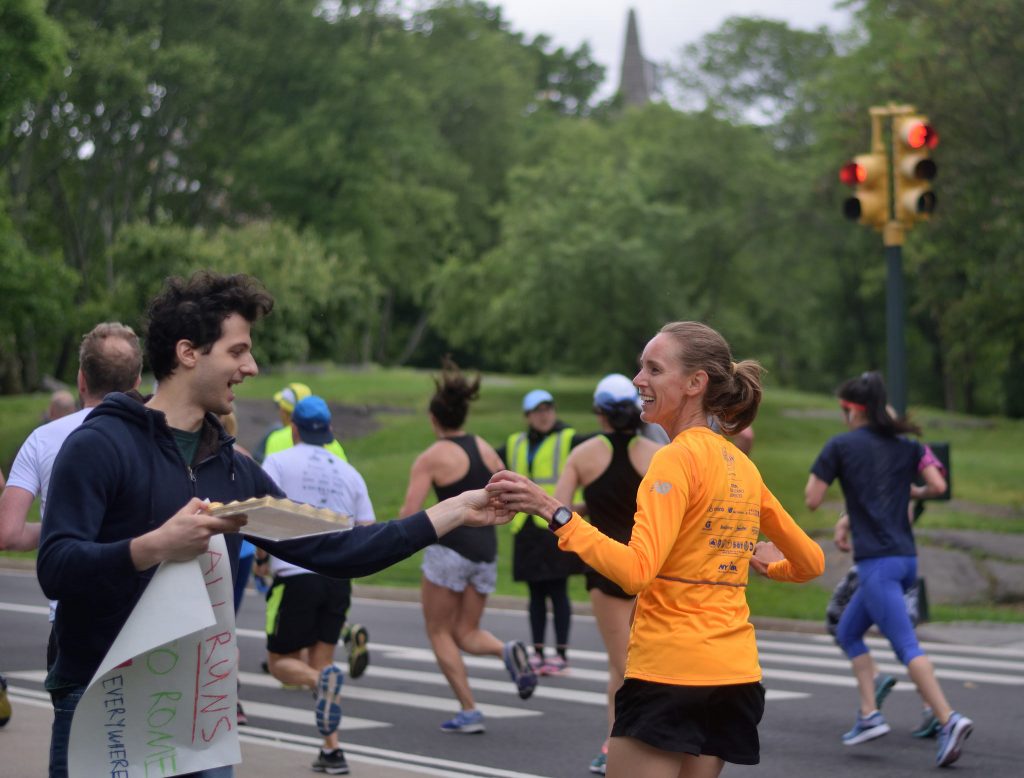