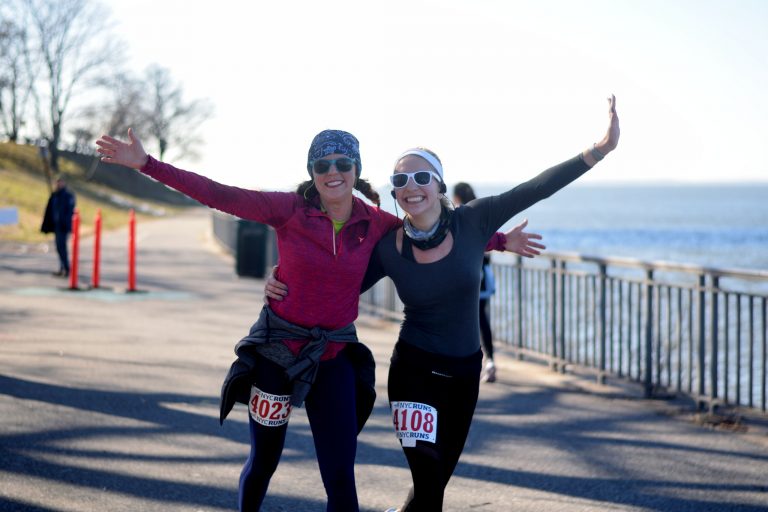 Posted by: Ben Mayersohn in Cheer Report, Half Marathon 3 years ago

March is Women’s History Month in the US of A. What better way to celebrate the mental, physical, and emotional fortitude of female runners across the city than to hold a race that requires all three? This is the question NYCRUNS asked, and they answered their own question with the Ladies First Half Marathon! 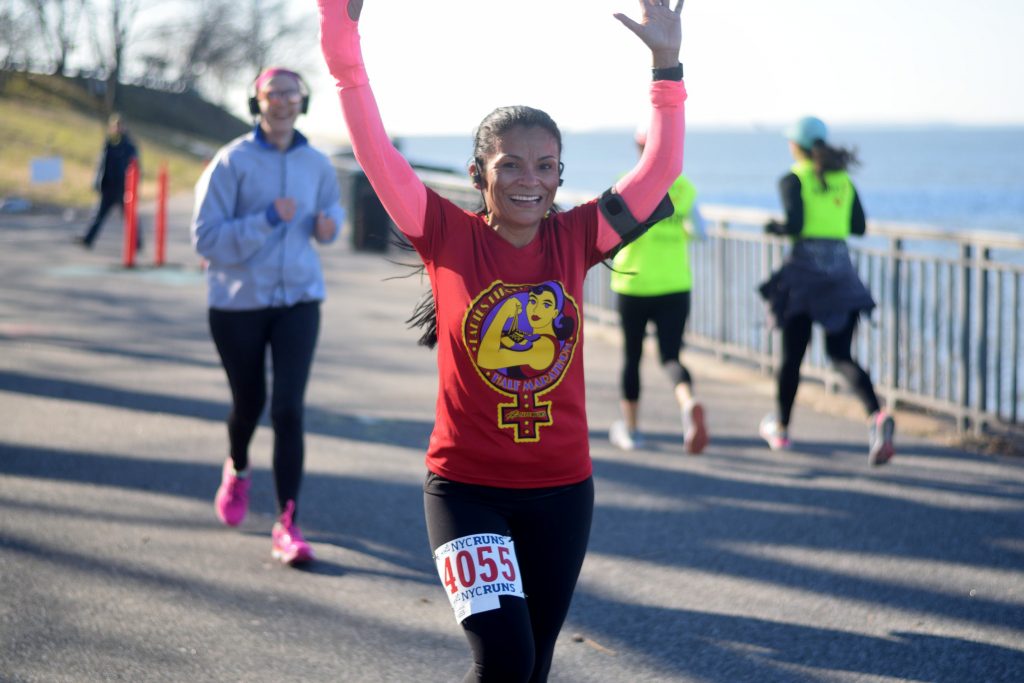 This time around the trip to the venue really was a “journey”. A few nights prior to the race, I downloaded a course map from the NYCRUNS website. I thought the race would go as far south as Bensonhurst Park. Great, I’ll cheer at Mile 9! That’s where the fatigue really starts to set in and the runners will need some high fives. 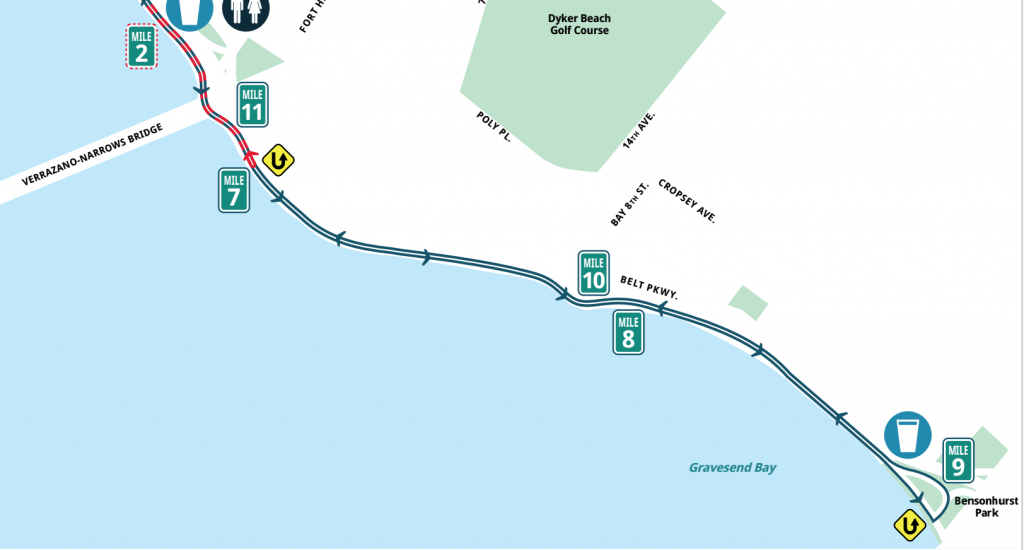 But it turns out I somehow got a hold of the wrong map! The true course did not venture south of the Verrazano Bridge! 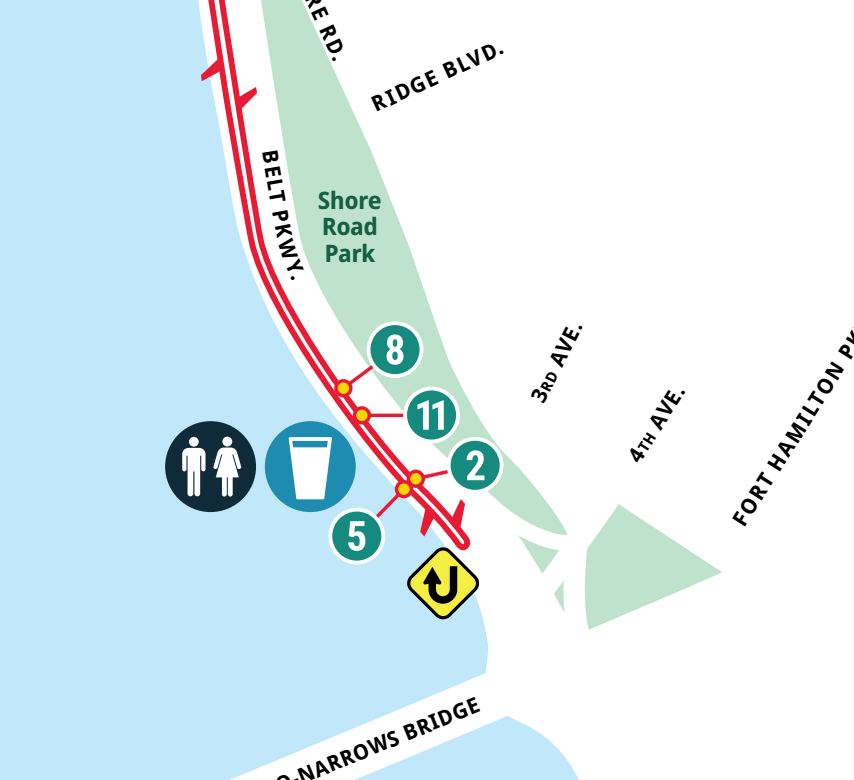 By the time I realized my error (thanks to a text from Chad who was also taking photos on the course), we were already on my way to Mile 9 via the D line. So we took a Lyft from Bensonhurst to the turnaround point. Oh well.

We eventually figured out how to make our way onto the Shore Road Greenway and caught most of the runners on their second of four turnarounds.

“This is a good sign” is a popular prop at music festivals, but it turns out to work just as well at races! Lori drew it up better than I ever could. 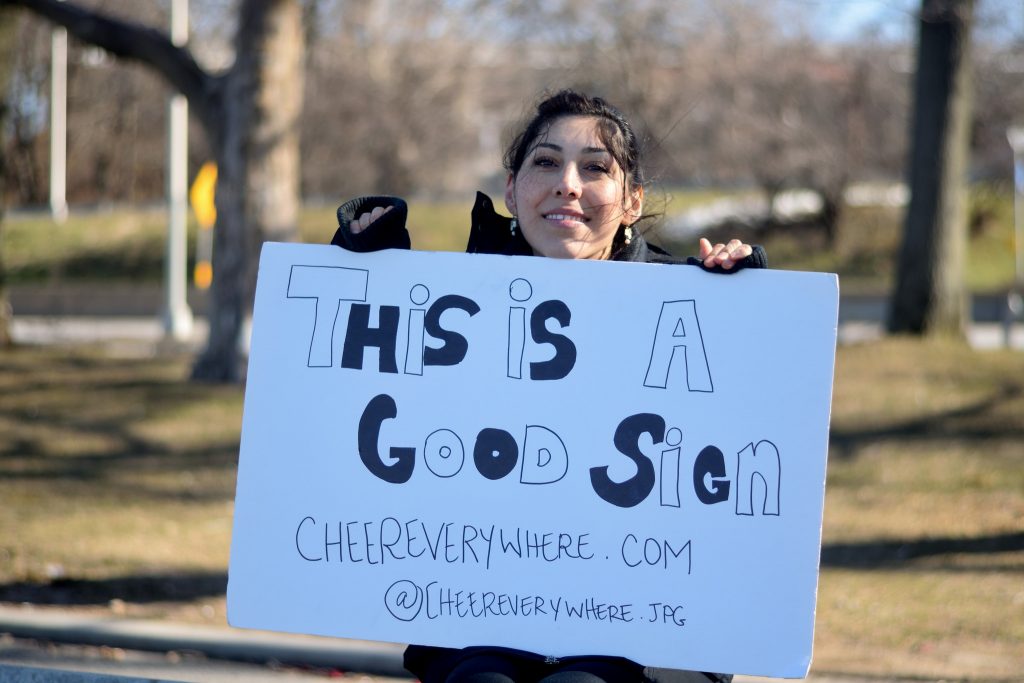 I went with the same playlist I used when cheering the NYC Half the previous weekend. I

A change of lens

I’ve been shooting most of my photos with the lens that came with my camera. It’s an 18-55mm lens with a maximum aperture (the lens opening for letting in light) of 3.5-5.6G. It’s been doing the trick all this time, but I decided to try my other lens, which has a wider maximum aperture. This means I could decrease the total exposure time (i.e. increase the “shutter speed”) and get sharper, less blurry shots of the runners in motion without darkening the image too much!

I’ve included two sample photos below. The first photo is on my usual lens, taken with a shutter speed of 1/32o of a second. The second is taken with a shutter speed of 1/1250 of a second – almost four times as fast. Both photos have been edited to some degree, but I think the difference is still clear! The original photos are here and here (respectively) if you’d like to take a closer look. 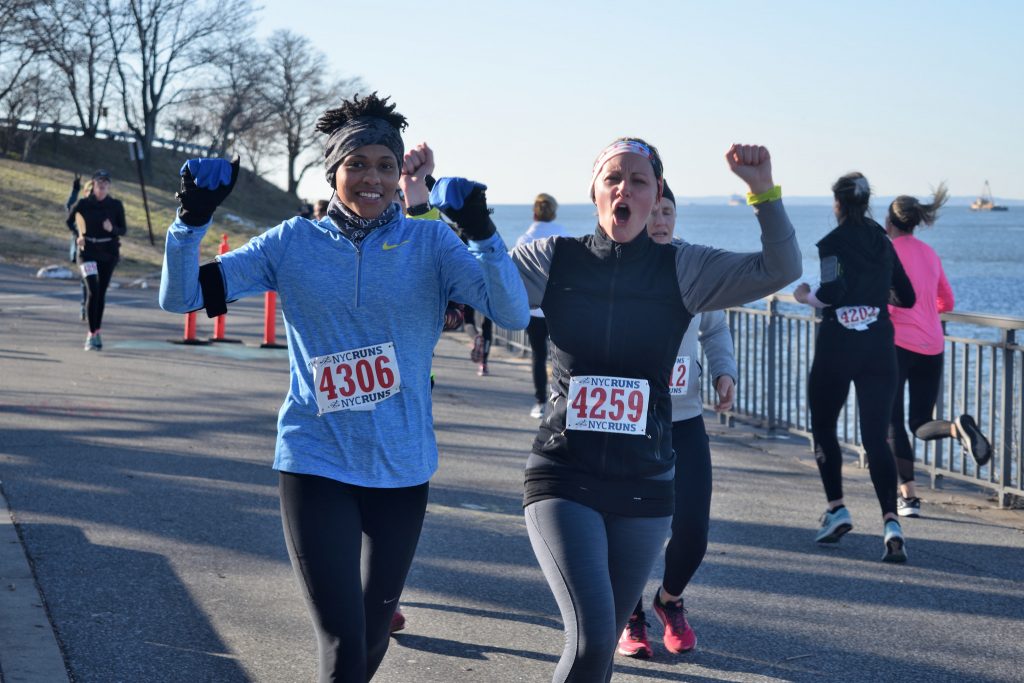 The kit lens, with a smaller aperture. 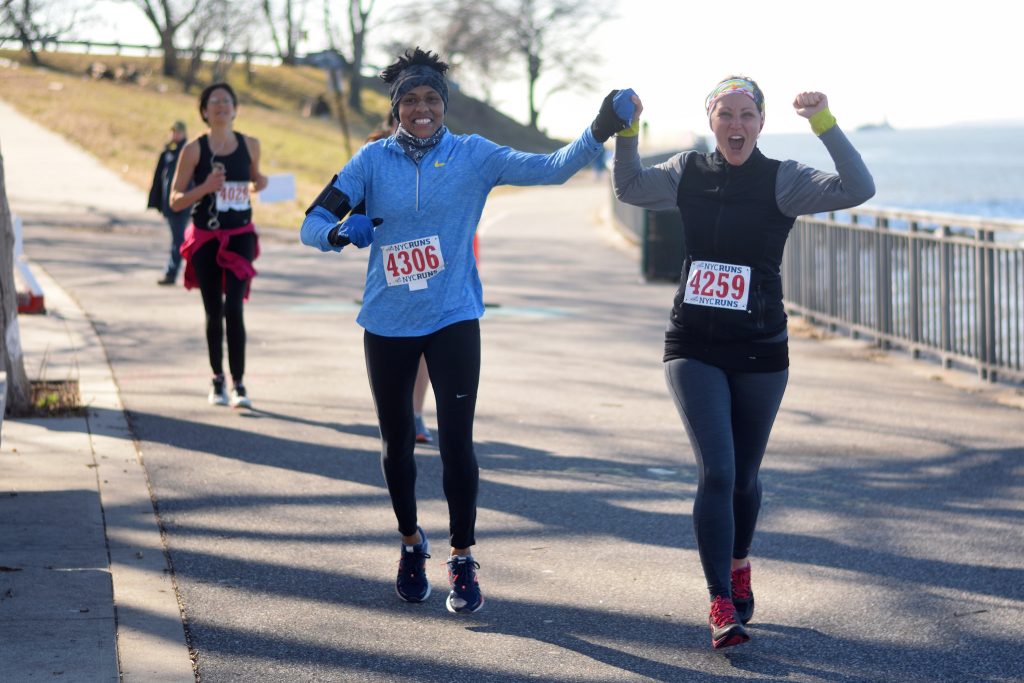 Photo of the same pair with the wider aperture lens.

I mentioned it briefly in a previous section, but my friend Chad took some photos with more scenic views! You can see the Manhattan skyline in the background in some photos and the Verrazano bridge in others. Check out the album! 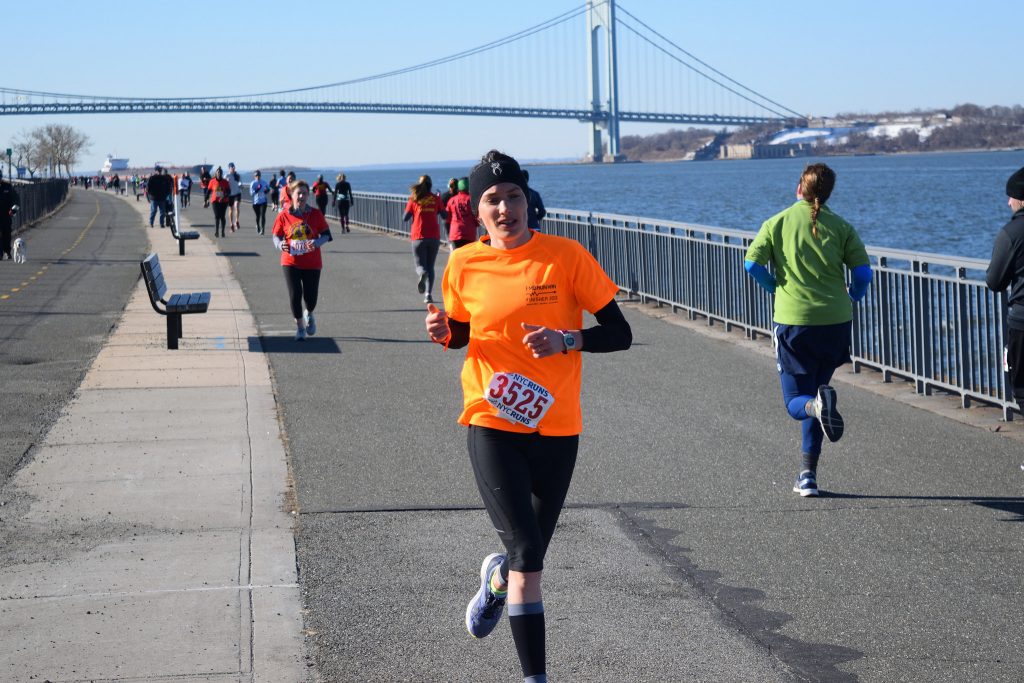 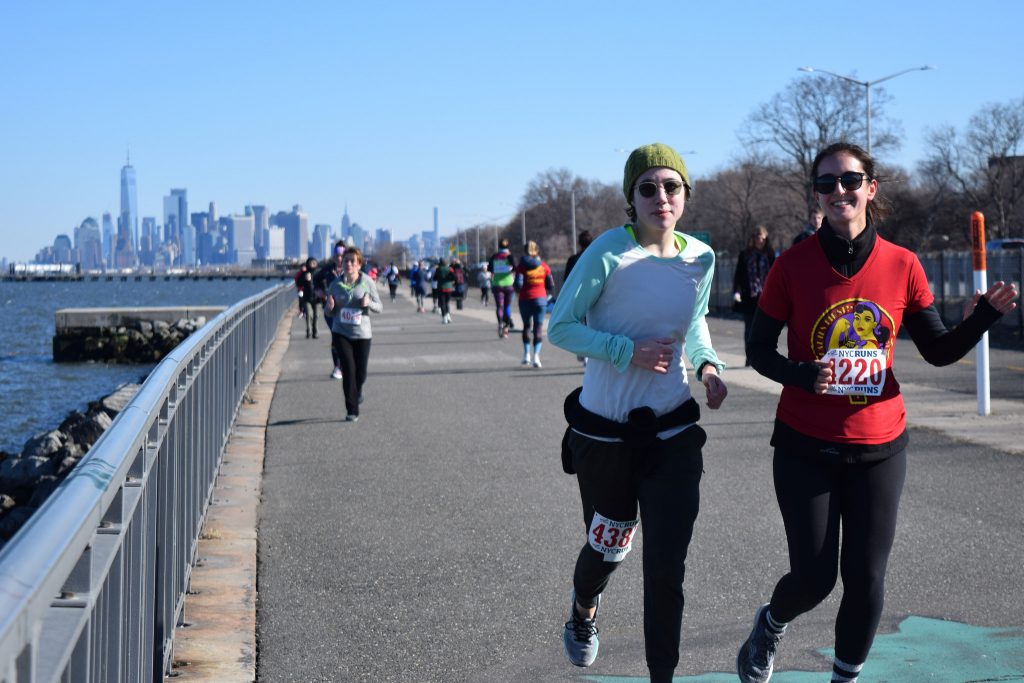