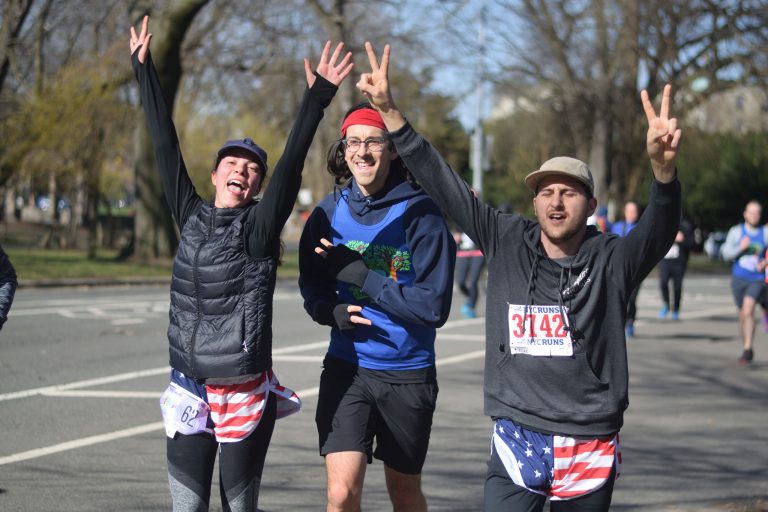 As a Brooklynite living less than a mile from Prospect Park, I always look forward to these races that allow me to leave my apartment 20 minutes before they start. Cheering the NYCRUNS Prospect Park 5K and 10K races was an easy breezy (and dry) experience! 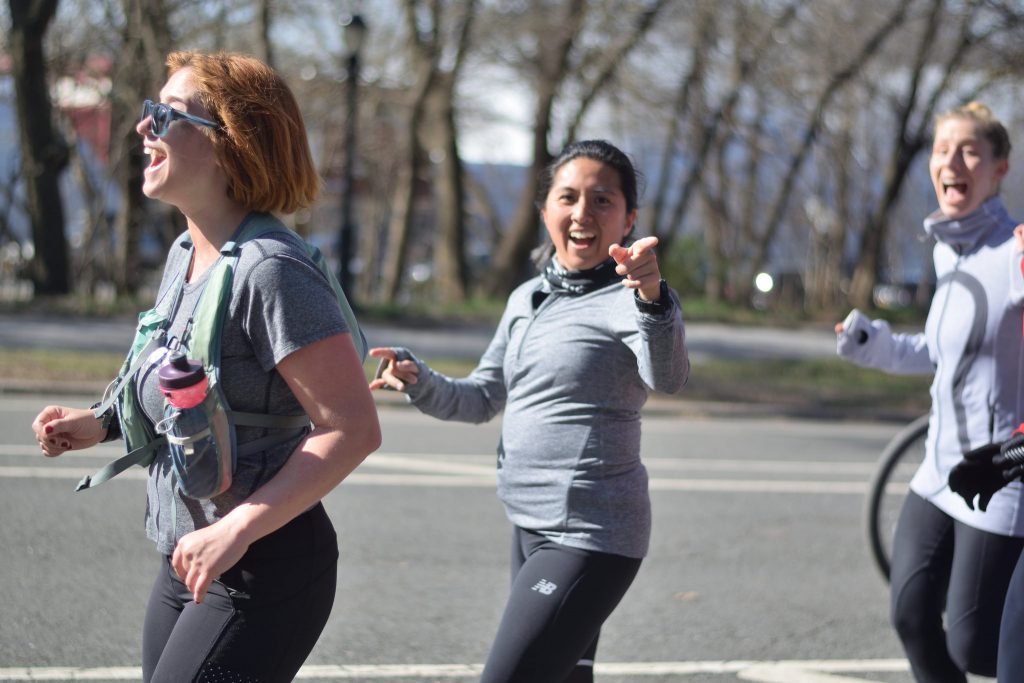 These folks weren’t racing, but it looks like they were having fun!

This race also breaks up a travel streak. The weekend before I cheered the rainy Boston Marathon. I am cheering the New Jersey Marathon on April 29th (this Sunday), followed by the Broad Street 10 Mile run on May 6th (the following Sunday). So it was nice to have a local weekend in between all the traveling!

(Make sure to join our Meetup and RSVP if you’d like to cheer for either the NJ Marathon or the Broad Street Run!)

CAMBA (Church Avenue Merchants Block Association) is a Brooklyn-based non-profit that provides a variety of services, such as career development and housing, to help low-income New Yorkers reach their full potential. Were it not for this race I would never have heard of this awesome organization! You can click here to learn more about CAMBA and here to donate, if you feel so inclined. They also have a blog.

I decided to cheer at what I thought was Mile 2 of the 5K, which was on the southwest end of the park. But I think it was actually Mile 2 of both races. Here are the two race maps: 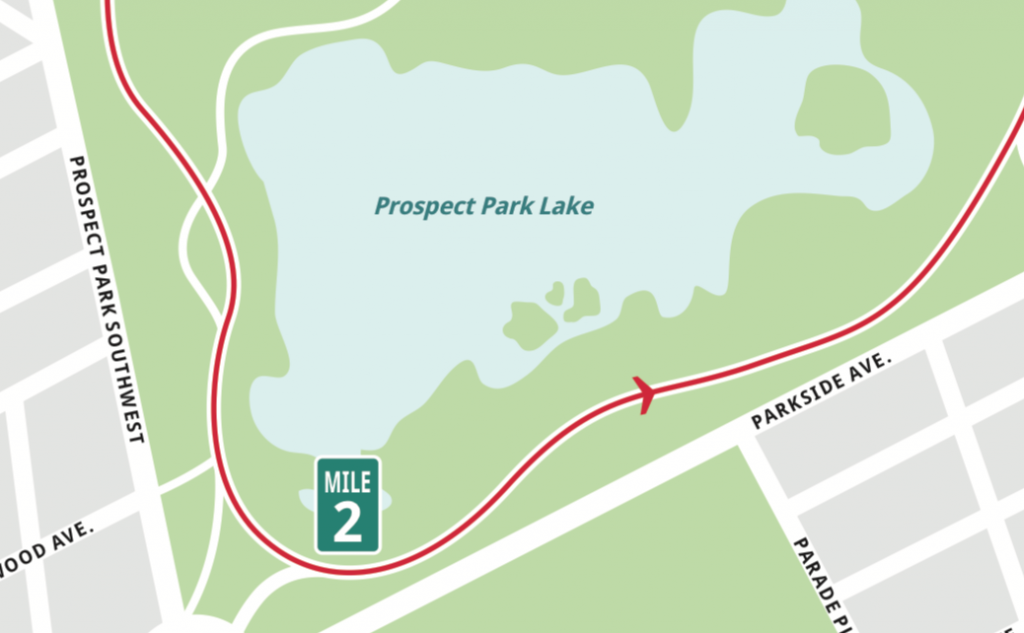 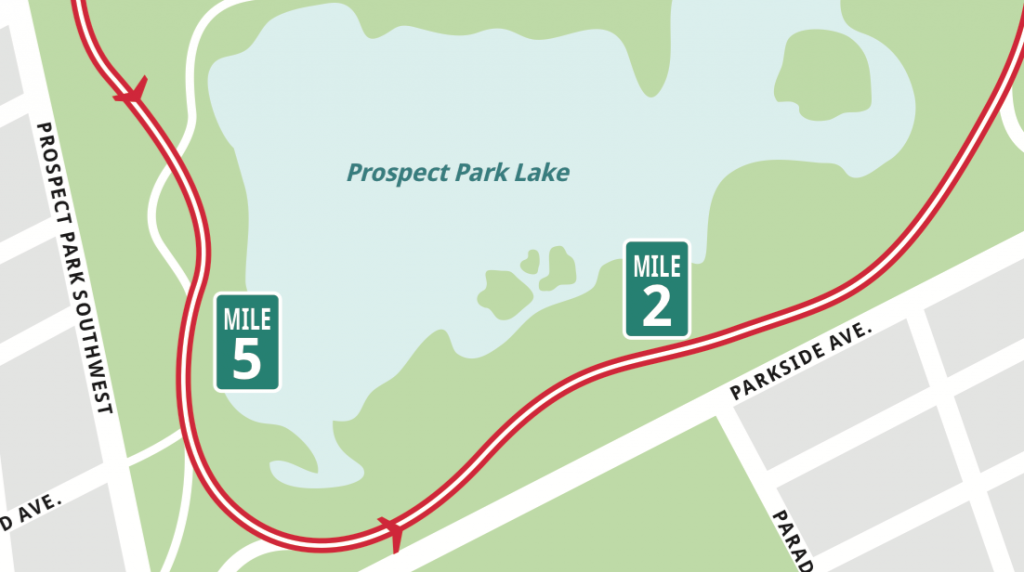 But this sign just says “Mile 2”, which makes me think that the two races must have started in the same place. Maybe someone who ran the race can comment on this(?) 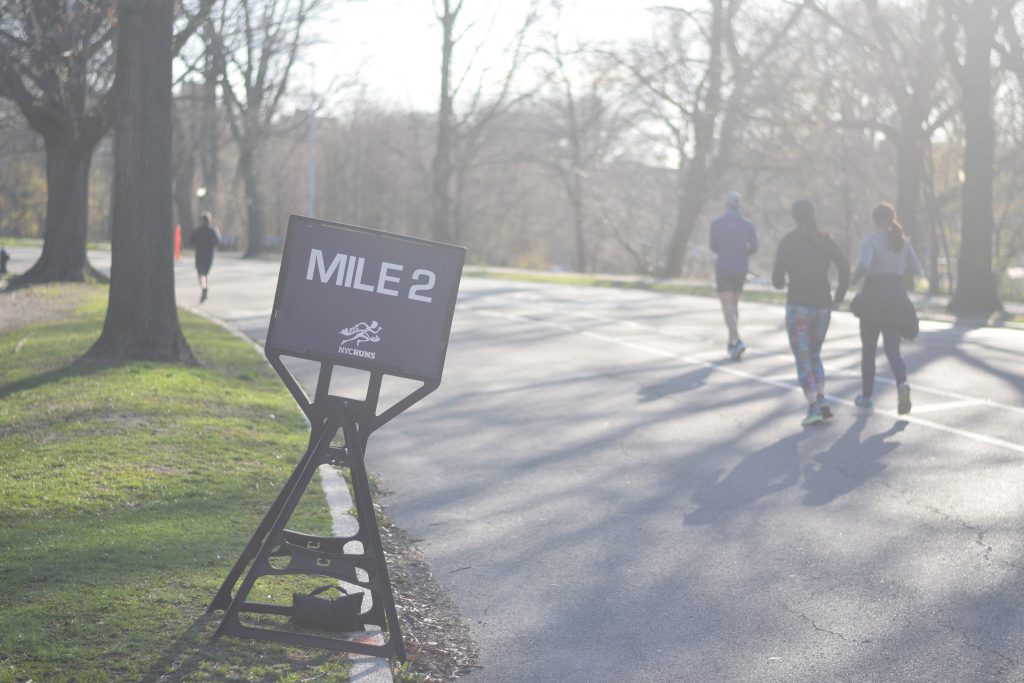 I chose this spot because it’s also where I cheered for the NYRR Al Gordon 4M race. This time around the sunlight was much stronger. Some of my photos look a little burnt out because I was letting in too much light. 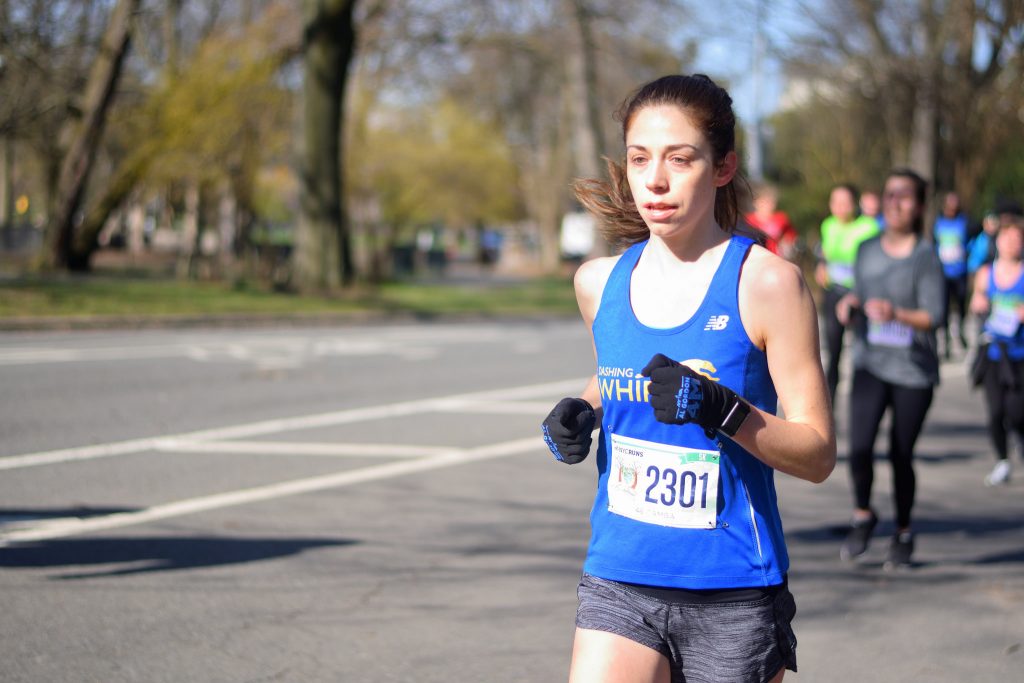 Harsh sunlight on this speedy whippet

But strong light can’t wipe out a stronger smile! 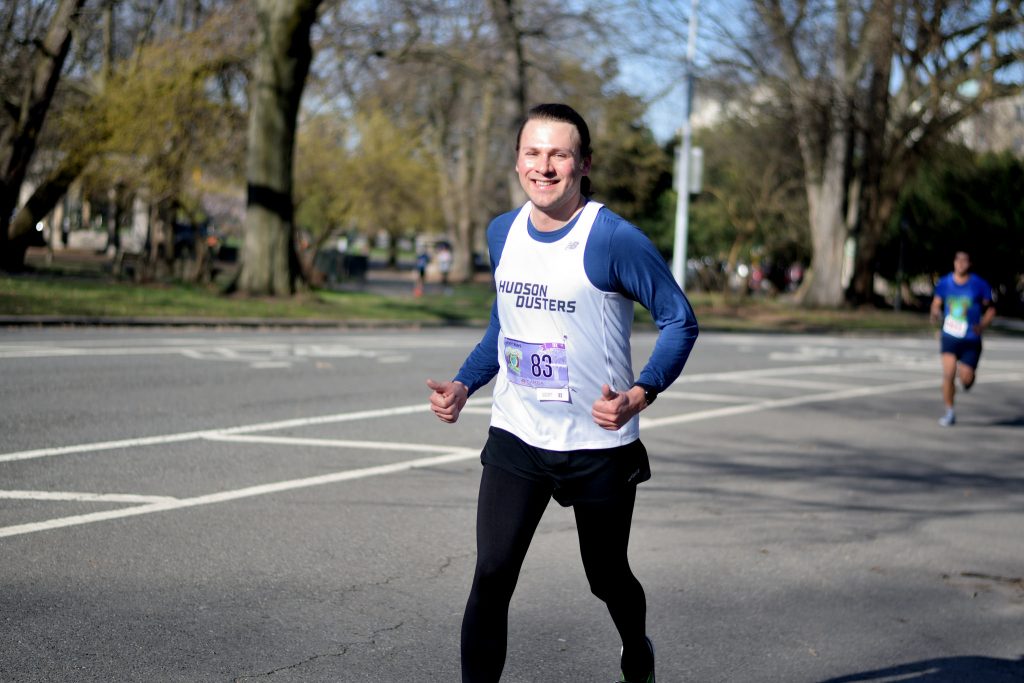 Music (with a NEW SPEAKER)

This race was the trial run for a new bluetooth speaker I bought – the AOMAIS GO. It’s waterproof and it sounds even louder than my FUGOO Sport XL for less than half the price. Another cool feature of this speaker is that if you buy two, you can connect both to your phone at the same time to create 60W of stereo sound! If that doesn’t perk up our running friends, then nothing will! 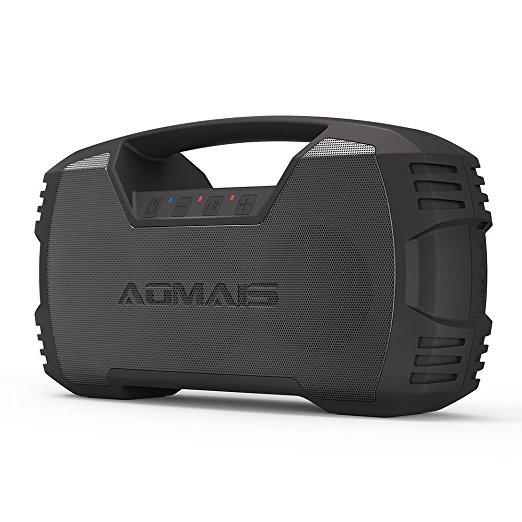 I used this playlist. It’s pretty groovy (a word I am now using totally unironically).

I wasn’t sure how the combined 5K-10K race was going to play out. The 10K was set to start at 8 AM, while the 5K was set to start at 8:15. This would mean that runners at a 5K pace would have to pass runners at a slower 10K pace. It seemed like it would make more sense to start the 5K first. But it ended up working out fine. The course marshals kept the 10K runners to the right while 5K runners passed on the left side. 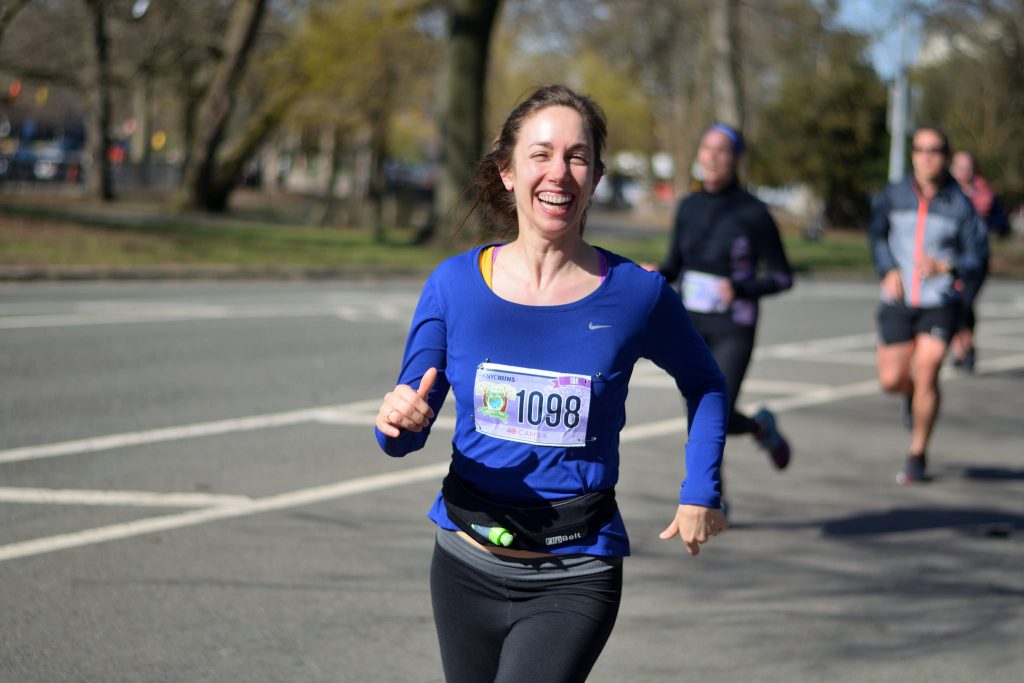 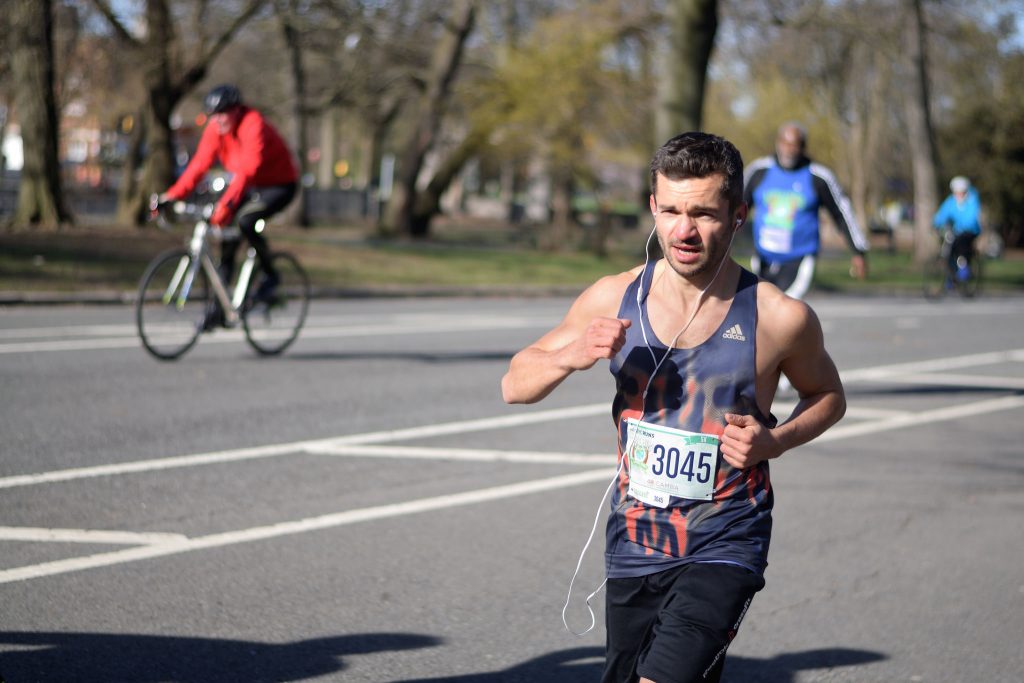 All in all it was a fun race to cheer! I’ve decided to limit myself to one event per weekend, which is why I didn’t pay a visit to the NYRR Run as One on Sunday. But I will make sure to cover an NYRR event for my next local weekend.