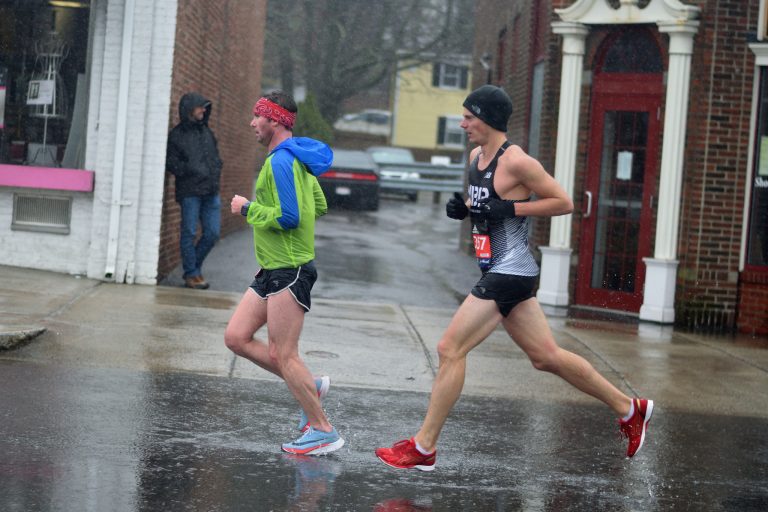 Posted by: Ben Mayersohn in Cheer Report, Marathon 5 years ago

The Boston Marathon is always one of the highlights of my year of cheer. Qualifying for the oldest and one of the most prestigious marathons in the world is a common (and achievable) goal for amateur runners who take their training seriously. Those who run it are always thrilled to have the opportunity to do so. The energy is unlike that of any other race I’ve attended. And five years after the bombings that shook runners and non-runners alike, the feeling of “Boston Strong” is as palpable and powerful as ever. 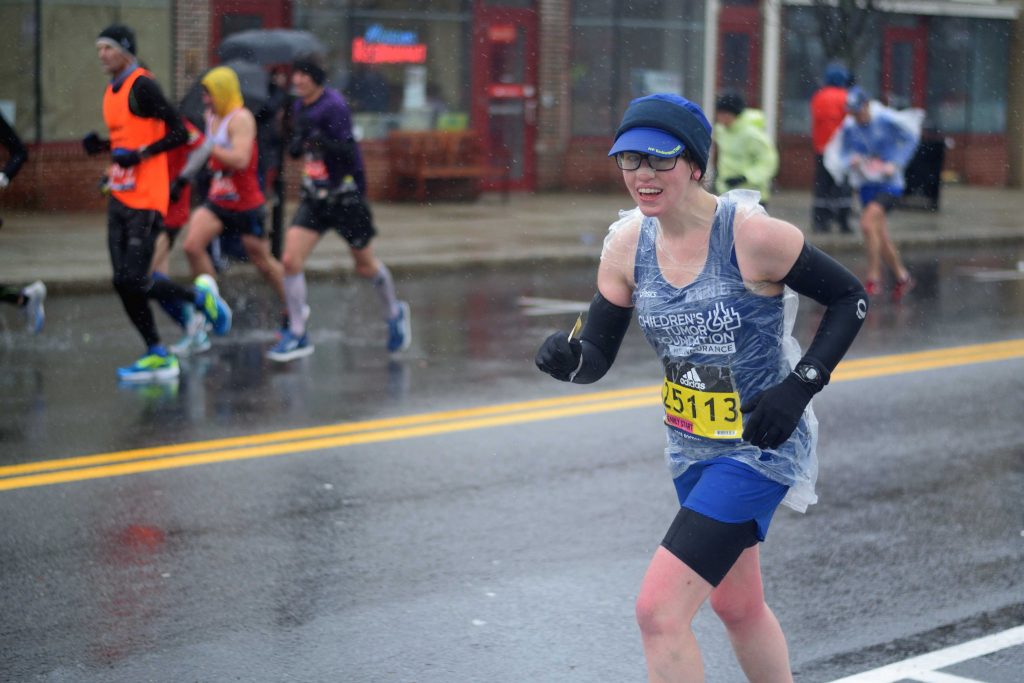 This was my fourth consecutive year cheering the race, but my first time writing a cheer report on it!

In previous years, I’ve cheered with a group of TMIRCE runners at around Mile 23. By this point in the race, the crowds are plenty and there are barricades along the streets that restrict how close one can get to the runners. But if you’re just making a day trip to Boston or staying somewhere within the city limits, you’d have to go well out of your way to cheer at the earlier miles. 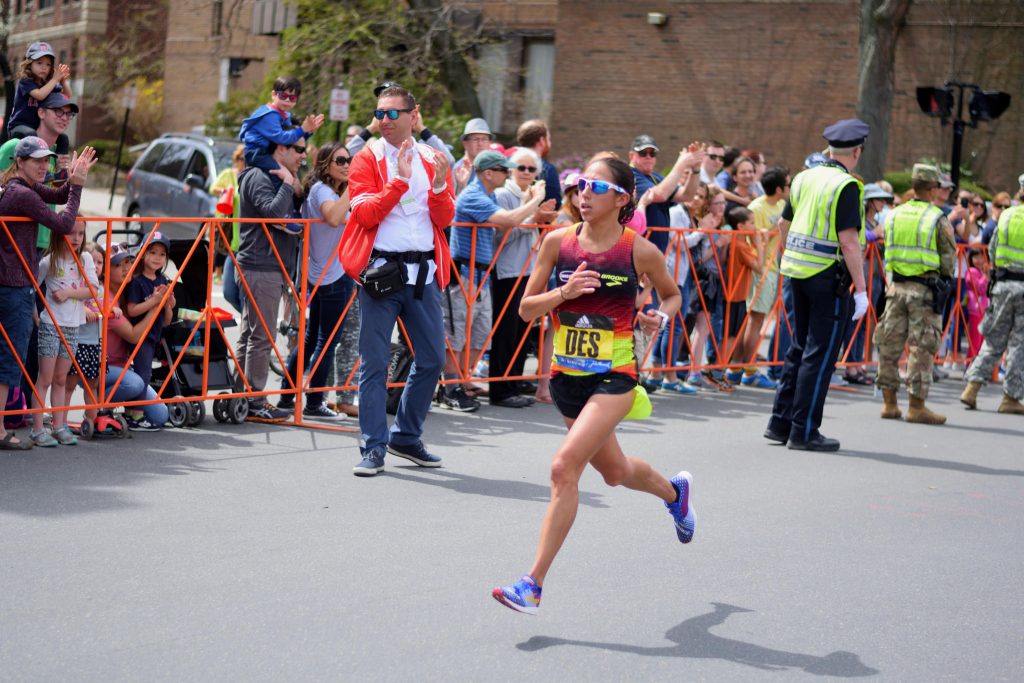 This time around, I wanted to find a spot where the crowds were thin so I could turn a dead zone into a cheer zone! I found this guide to cheering Boston, which speaks of relatively thin crowds in parts of Wellesley and Newton between miles 14 and 17. I decided to cheer by the Isaac Sprague Memorial Clocktower, which was a little before Mile 15. 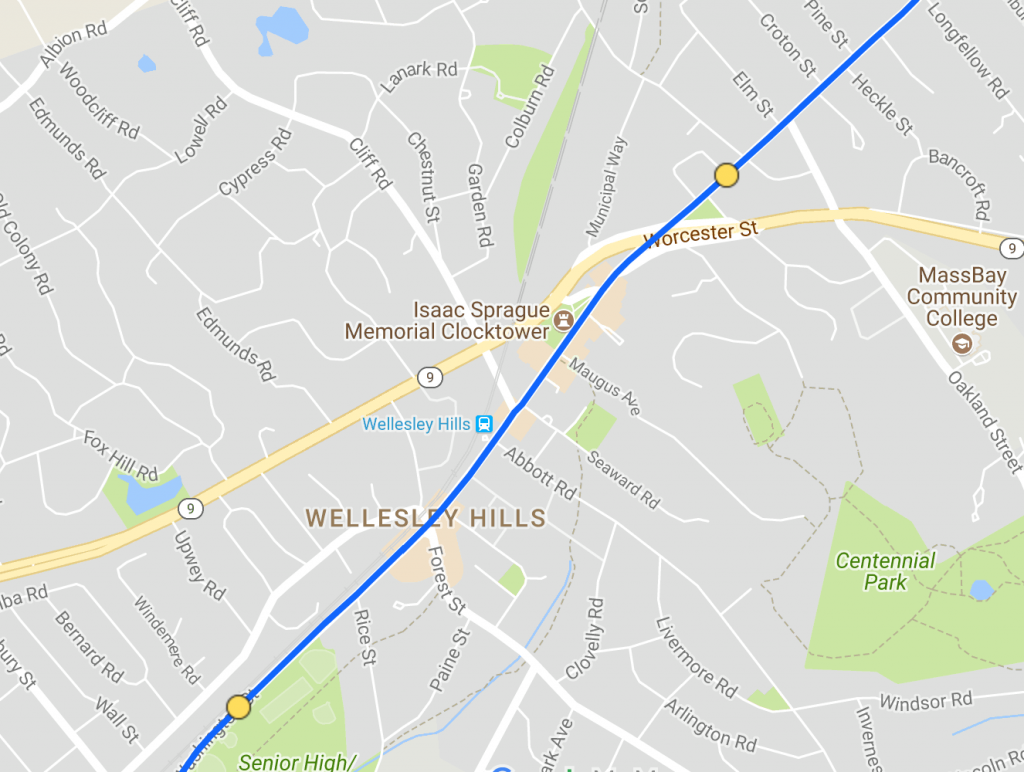 The yellow dots are Miles 14 and 15 from left to right.

The journey to Boston from NYC was completed by Megabus on Saturday morning of race weekend. After arriving at South Station, I took the commuter rail towards my hotel in Framingham. The hotel turned out to be much further from the Framingham station than I had thought. Three cheers for on-demand transportation apps!

I figured I’d get there on Saturday, settle in, and do some exploring on Sunday. Framingham is equidistant from Boston and Worcester. Maybe I’d visit Worcester for the first time! Maybe I’d explore Boston! But I got lazy and I ended up staying in Framingham all of Sunday. I’m not sure how New Englanders feel about British Beer Company, but there was one just a five minute walk from the hotel and I thoroughly enjoyed it! 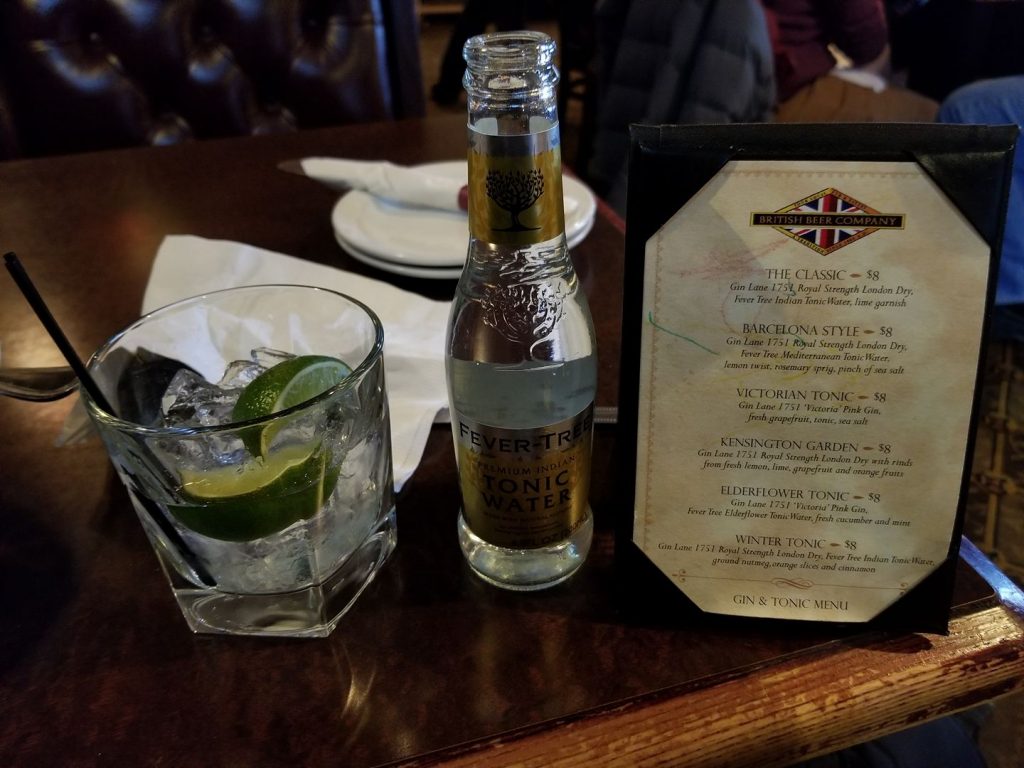 Let’s Talk About The Weather

These were the most brutal conditions I’ve encountered at any race I’ve ever cheered. I mean…just look at this. 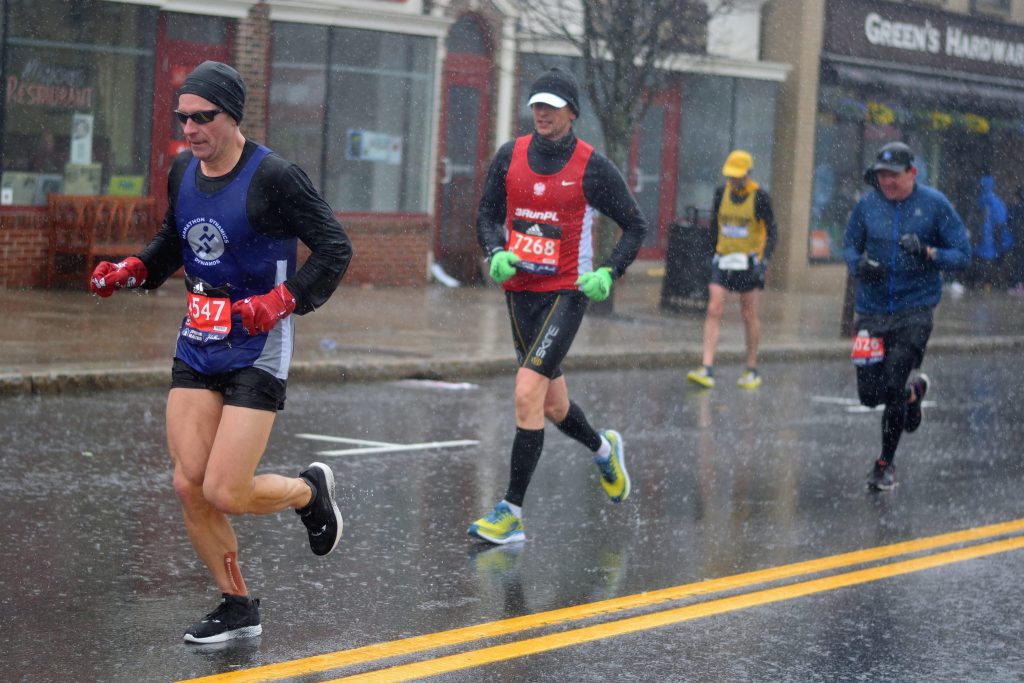 The rain didn’t stop for the entire time I was spectating. By the time the elite female runners started coming through, my jeans were already soaked. I have a cheer guide to ensure preparedness when cheering, but I’ll have to update it just because of this race. Look out for a new section on Cheering in a Downpour!

But the rain didn’t stop the runners. Some even managed to smile as they went by! So how could I complain about standing around in the rain when these badasses were running through 26.2 miles of it? 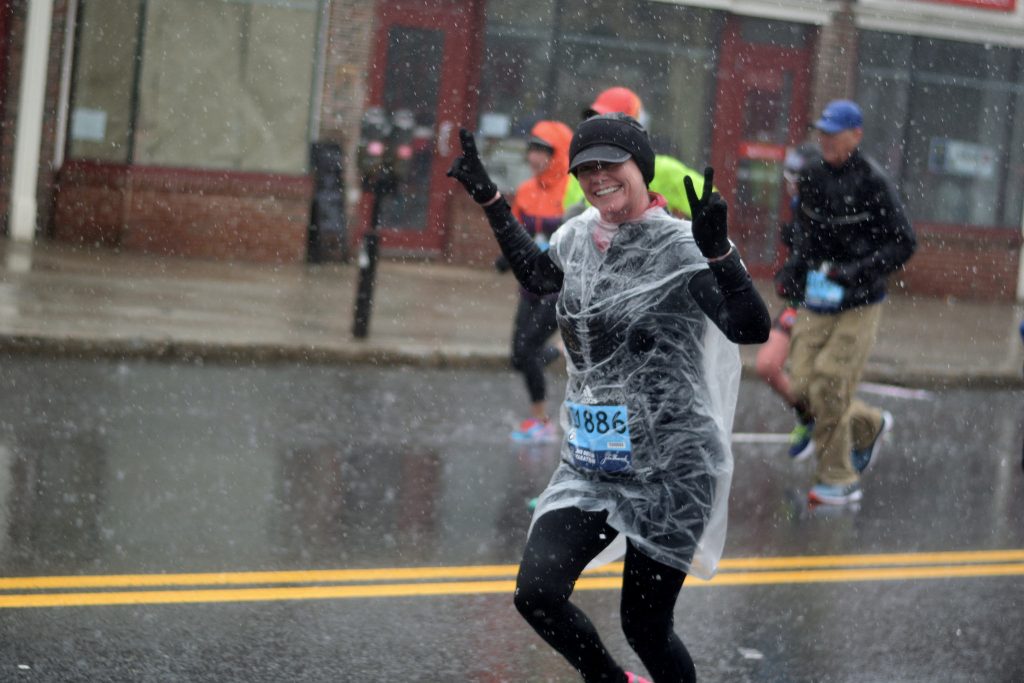 I saw quite a few runners I knew from NYC. When you call out the name of a runner who does not see you, a look of confusion appears on their face as they try to process what is happening. Once they see you, a smile of recognition emerges. I have a knack for getting photos of runners during the “look of confusion” stage. But in some cases I got the timing right! 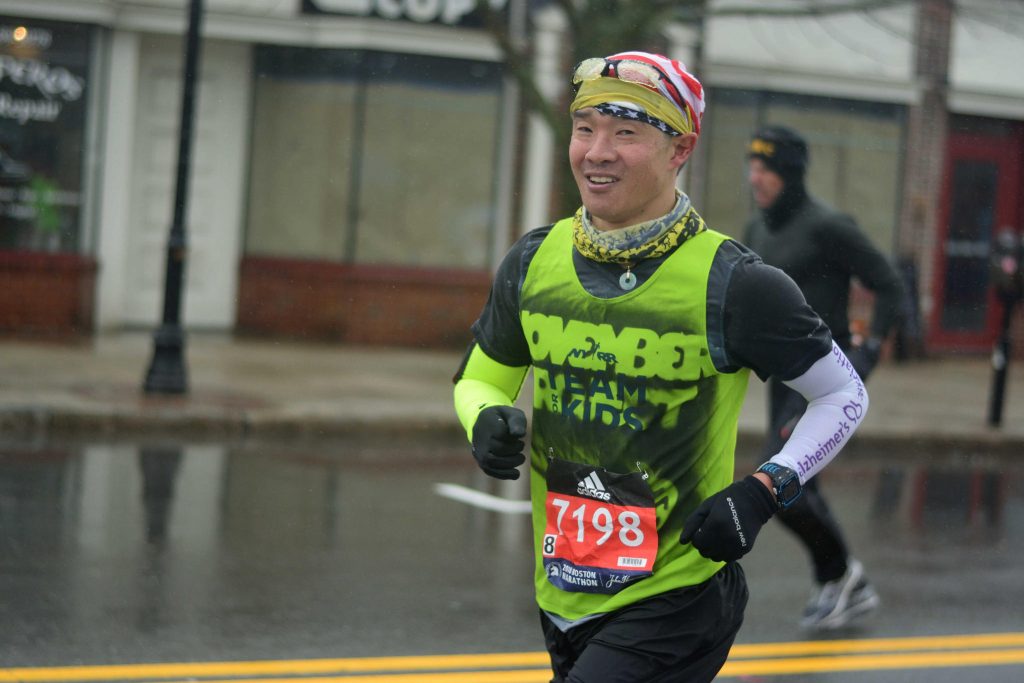 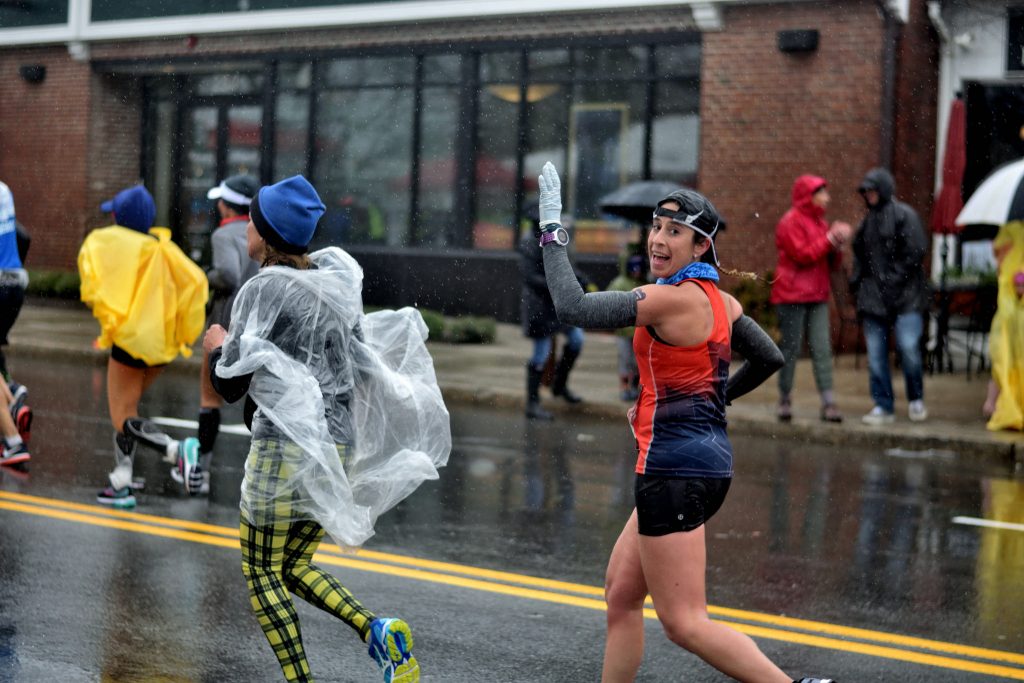 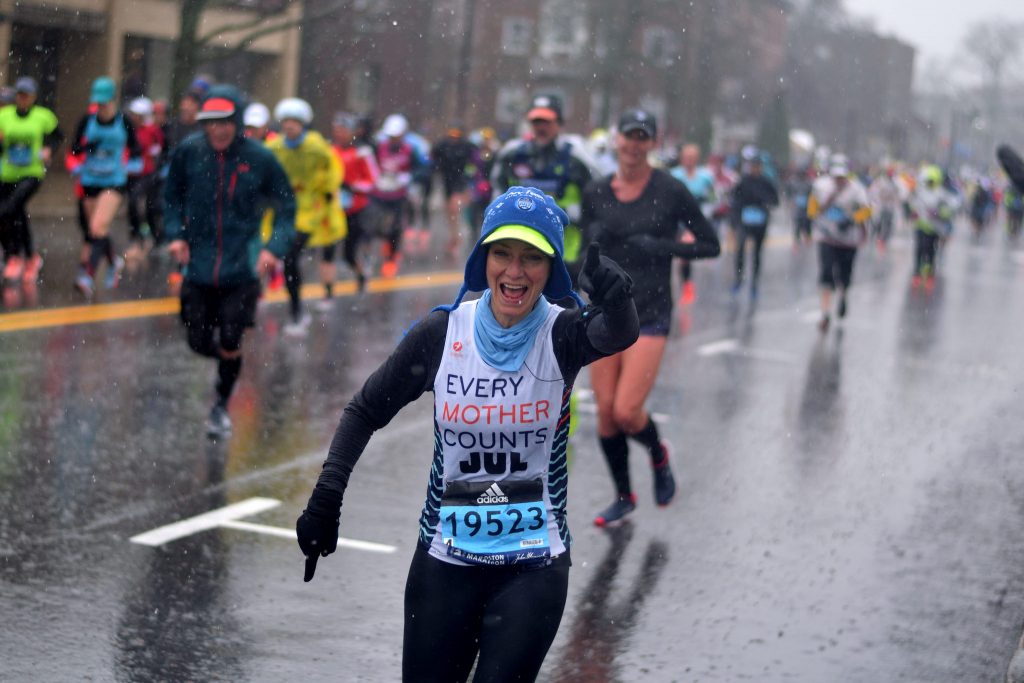 Julie spotted me first, so we skipped the “look of confusion” stage!

Special Thanks to Caffè Nero

After I cheered, I went to a nearby cafè to change into dry clothes. I was cold and scatterbrained, so I ended up leaving my phone in their bathroom. By the time I went back to check, somebody must have already handed it over to the staff. I couldn’t imagine any of these cheerful marathon spectators would want to steal a phone in a wet Ziploc bag (a good way to use your cell phone while protecting it from the elements). I went up to the counter to inquire, but the employees I spoke to weren’t aware of any such phone. Defeated (but dry!), I left to catch the train back to South Station.

It was a good thing (1) I had my laptop, (2) South Station has WiFi. As I was chatting with my girlfriend on Facebook, someone wrote a message as me telling her to contact the cafè about the phone! Woohoo! My aunt, who lives in Wellesley, visited the coffee shop the following day and sent the phone to me. Thanks Aunt Linda! And thanks Caffè Nero for holding onto my phone!