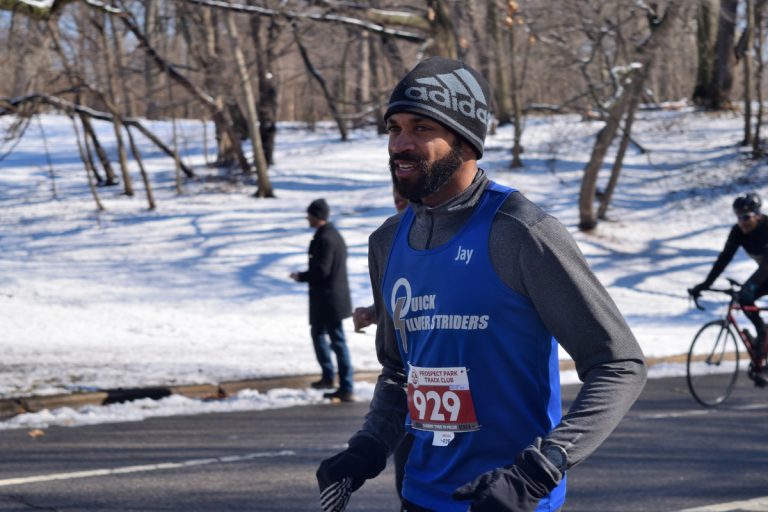 Washington’s Birthday weekend – what’s not to love? It’s a three day weekend in honor of a president who (allegedly) could not tell a lie. But it was only recently that I discovered it is also the weekend of the “race for the hardcore” – the Cherry Tree 10 Miler and Relay by Prospect Park Track Club! 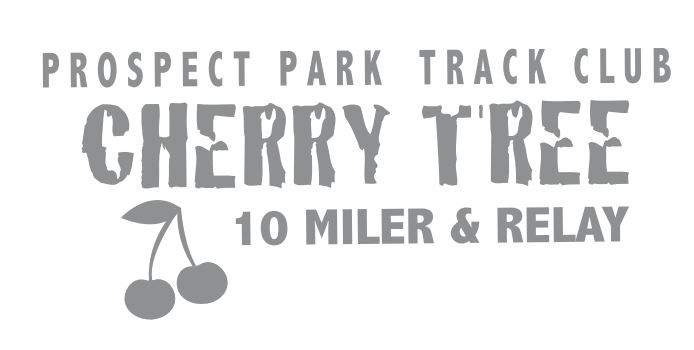 I don’t know exactly why it’s called the “race for the hardcore”, but I guess running 10 miles in Prospect Park on a Sunday morning is pretty badass! Runners also had the option of making it a relay – with each person in a team of three running one lap of the park.

There was really no journey at all! I live in Ditmas Park Brooklyn, and this race was right in my backyard. The south end of Prospect Park is a little under a mile from my apartment. I was cheering on the northeast end of the park, which is more like 2 miles away. But sometimes the easier the adventure, the lazier the adventurer. So I took a Lyft to my cheer spot…

I brought a blank poster board with me and spent a good chunk of my 8 minute ride thinking up a concept for a sign. This is the Cherry Tree 10 miler, so why not get a George Washington reference in there? 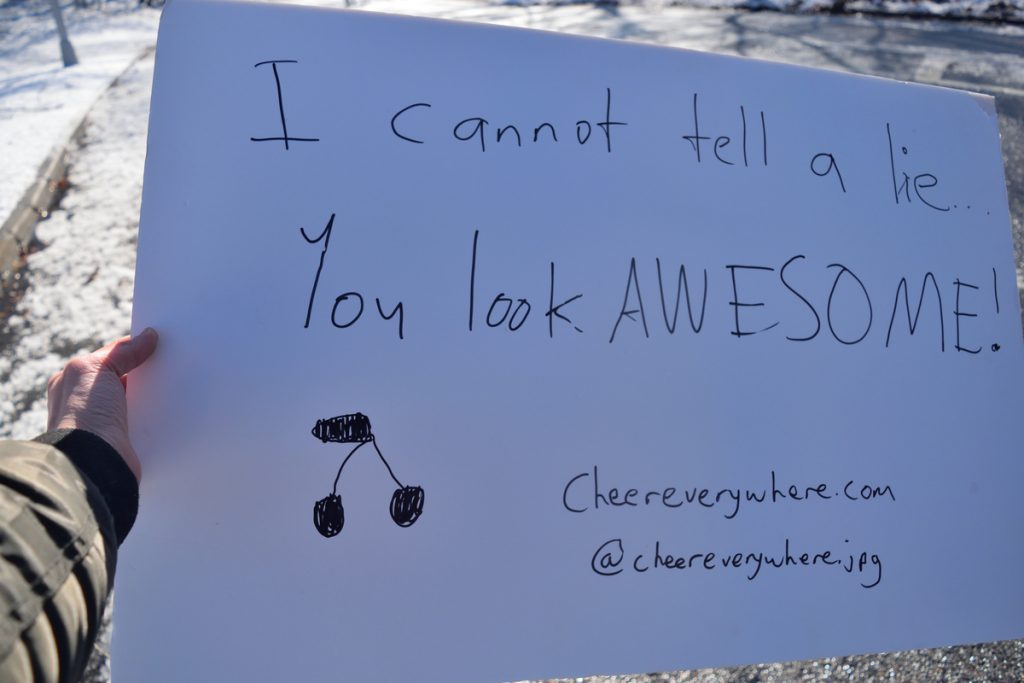 I picked Battle Pass Hill (also known as “the hill” in Prospect Park), because it’s without question the toughest stretch of the park if you’re running it counter-clockwise. There’s a really nice Reddit post on how to PR the Brooklyn Half (different race, but it takes you through Prospect Park early on) that covers the history of Battle Pass Hill and gives a description on it:

In the revolutionary war during the Battle of Brooklyn, the British, Hessian mercenaries, and Americans fought an incredibly violent and bloody battle over this very hill, as it was the highest point in Kings County (at the time) and extremely valuable from a tactical perspective. Today Battle Pass Hill will claim more victims – but not you because you have been running a smart race and you are completely ready for this.

The shape of the hill is a right-hand ‘S’ bend, followed by a very brief plateau, followed by a tighter ‘S’ to the top. You are climbing about 75ft in one half mile. It sucks. Its about the same elevation at Harlem Hill, but its much longer and its much bigger in height/duration than Cat Hill. 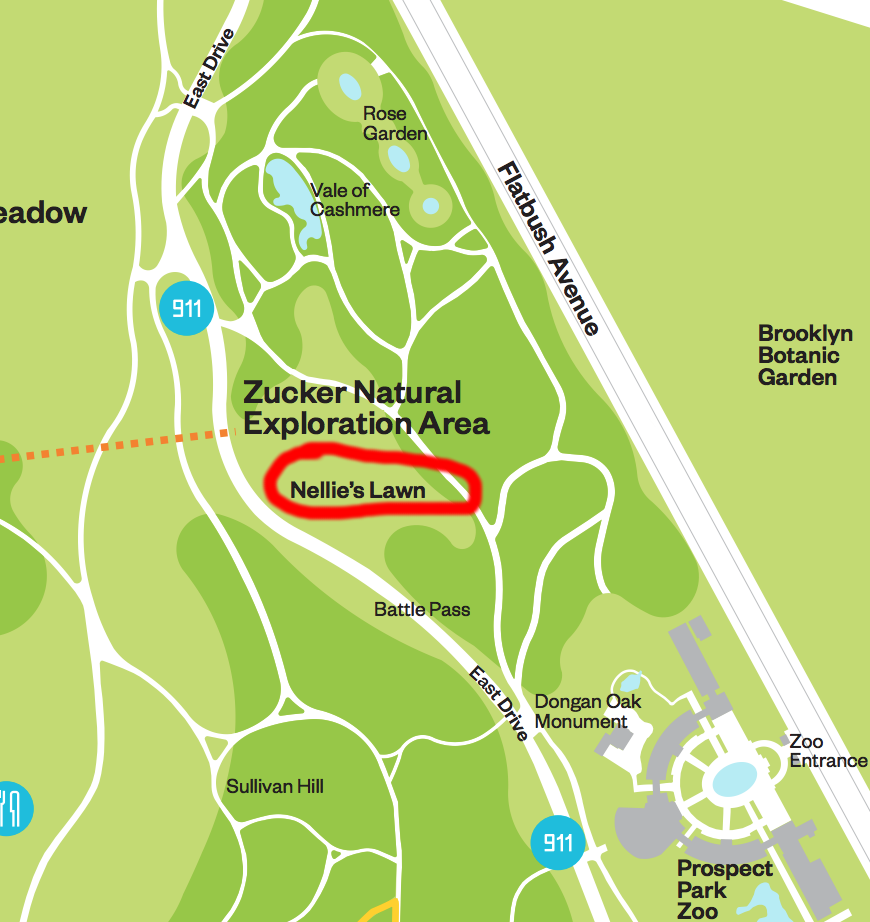 In the Brooklyn Half, you only need to run this hill once. In the Cherry Tree 10 Miler, you need to run it three times. I guess it really is the race for the hardcore…

Anyway, it’s the perfect spot to try and give the runners a push. This family also had the right idea! 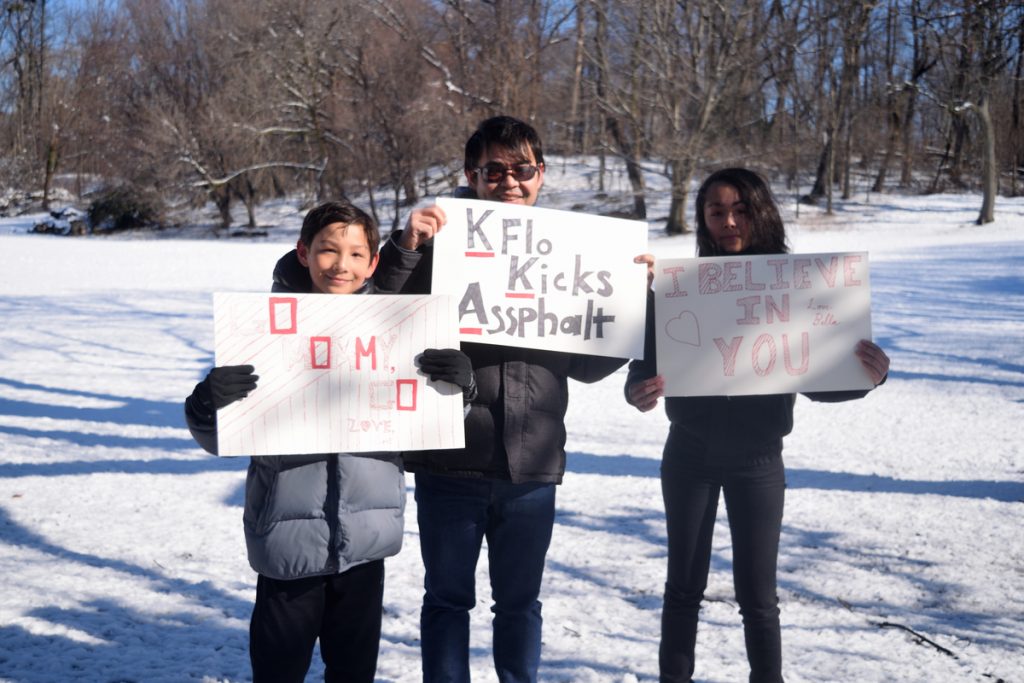 Always Better With A Buddy!

This time around I had a friend cheering with me! Chad loves fitness and high fives, and is a fellow Brooklynite, so he was happy to hop on the Cheer Everywhere train! 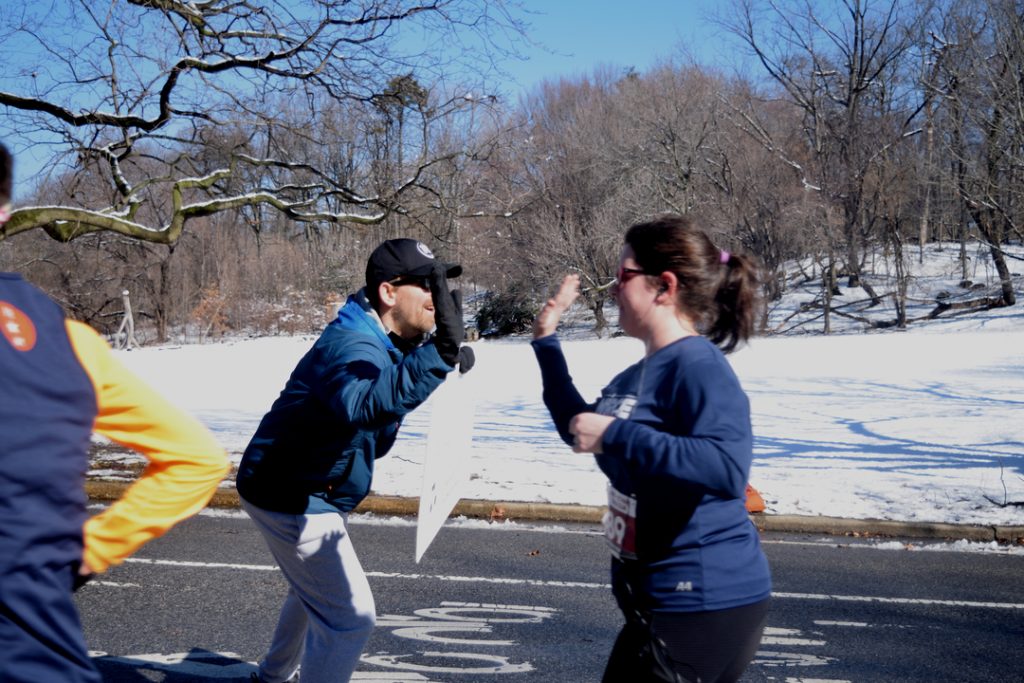 This was an especially fun race to cheer! I knew several people running it and got photos of most of them (sorry Olivia – my camera wasn’t fast enough for you!) 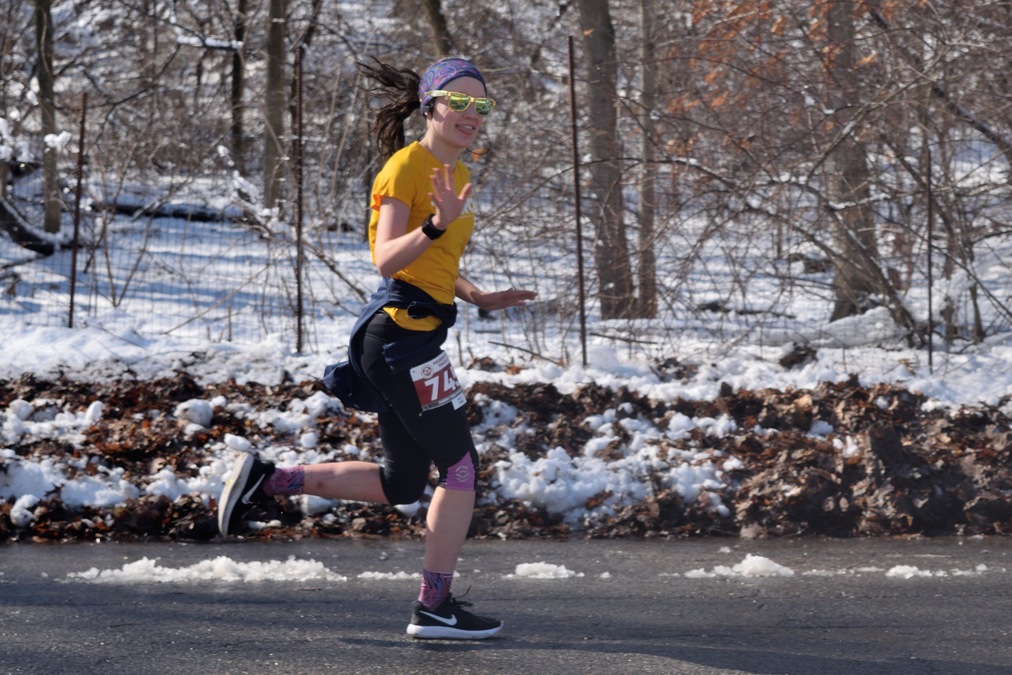 Many different running clubs were represented. I hadn’t heard of Strong Hearts Vegan Power, but they apparently made this race their 2018 debut and came out in droves! 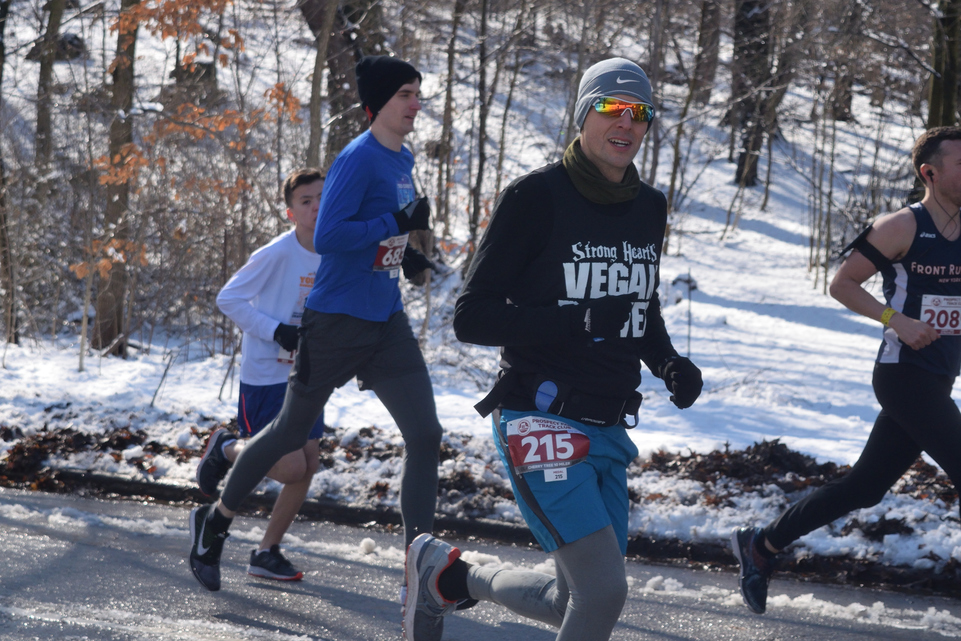 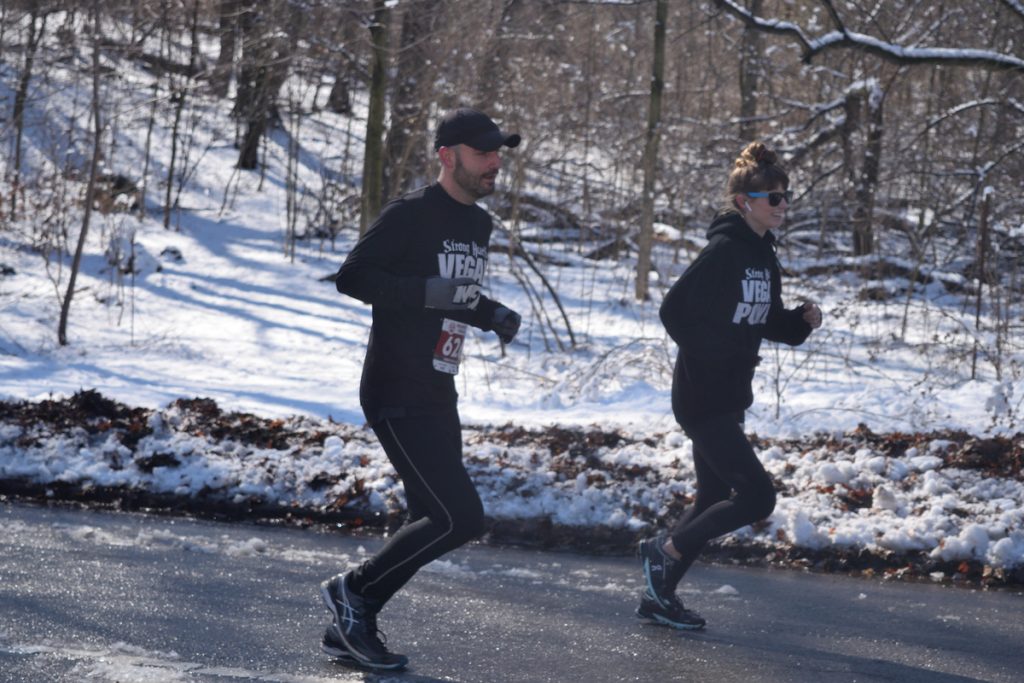 I found this mix the morning of the race, and absolutely LOVE it! I’ve been listening to it all week (just ask Chad).