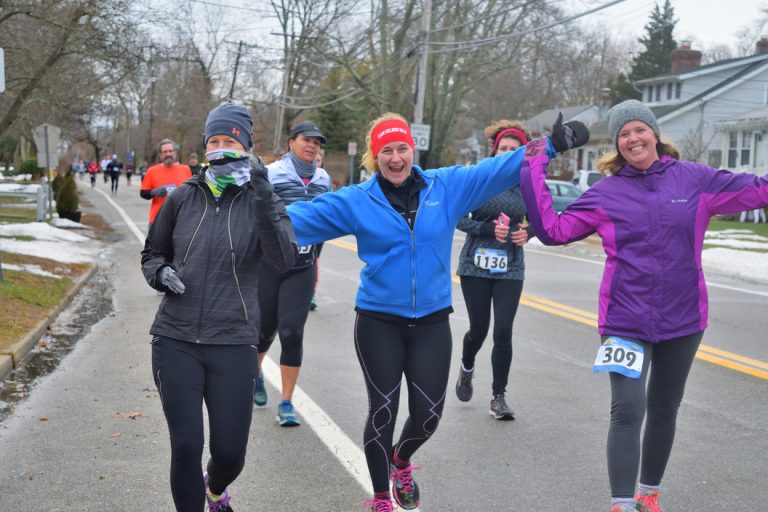 Each year, Sayville Running Company puts on a 10 mile run to the Blue Point Brewery in Patchogue, NY. It’s a popular race for folks who live in NYC and grew up in Suffolk County, Long Island. I knew that I was all in to cheer when I heard about it last week. But after starting off the new year by backing out of my cheer plan for the NYRR Midnight Run, I decided to keep my mouth shut this time. I figured if I make it…great! If not, no harm done. But there was no way I was going to miss this one. 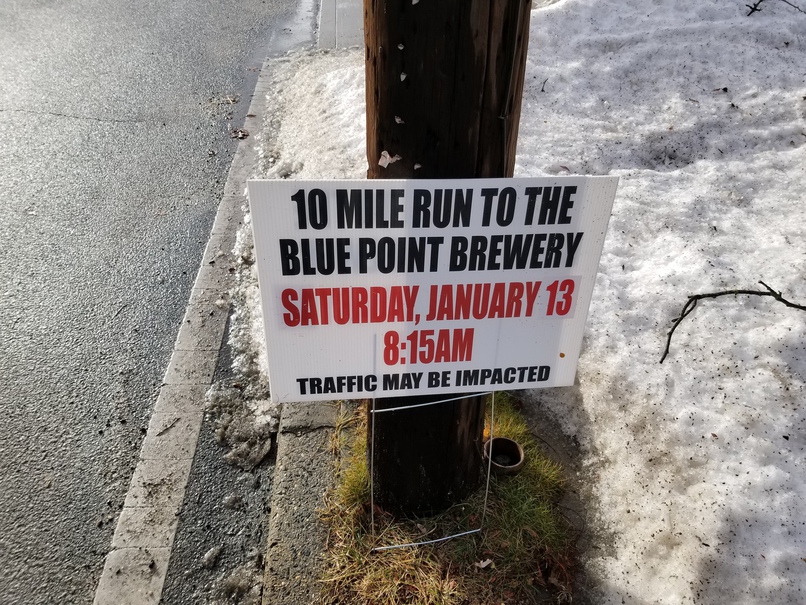 The race started at 8:15 AM. It is about an hour and 20 minutes by rail from Atlantic Avenue in Brooklyn to Patchogue when trains run express – closer to two hours when they run local. Well, I had a couple of options:

I went with option 1. This may seem silly, and that’s because it totally is. But here goes my thought process:

So I figured I’d probably see the fastest runner as I was walking to my cheer spot. As it turns out, the trains did run a little late. I made it to the finish line about 51:54 into the race, just missing the men’s first place finisher whose clock time was 50:43.3. So imagine what would have happened if I had taken the 9:02! The horror… 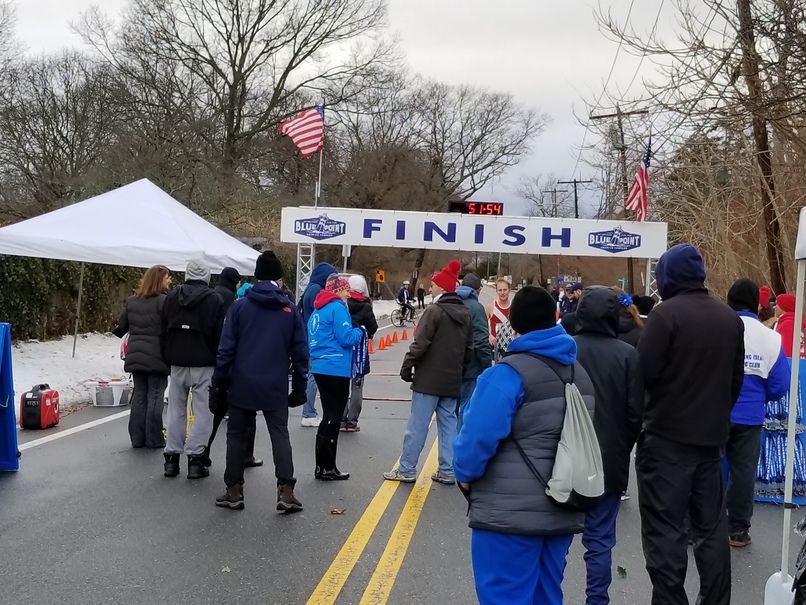 I found a nice quiet spot at the final hard right turn onto Weeks Street. I usually don’t recommend telling runners that they’re “almost there”, but in this case it would have been an accurate claim! 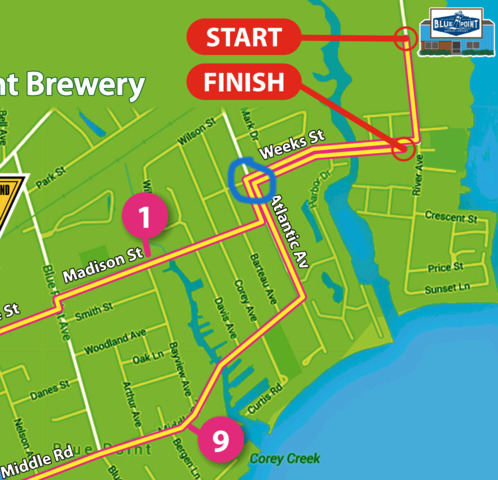 I am under the impression that the crowd support was thinner than in previous years. Apparently all the rain the night before followed by the dip in temperature that morning made for a discouraging combination for spectators (the temperature must have dropped 20 degrees between the time I left my apartment and arrived at my cheer spot). I’m glad I had plenty of layers on, but I definitely should have brought some gloves and hand/toe warmers. I feel for any runners who decided to wear a minimal amount of gear and found themselves freezing by the end of the race. But it doesn’t seem like the low temps dampened the number of smiles on the course! 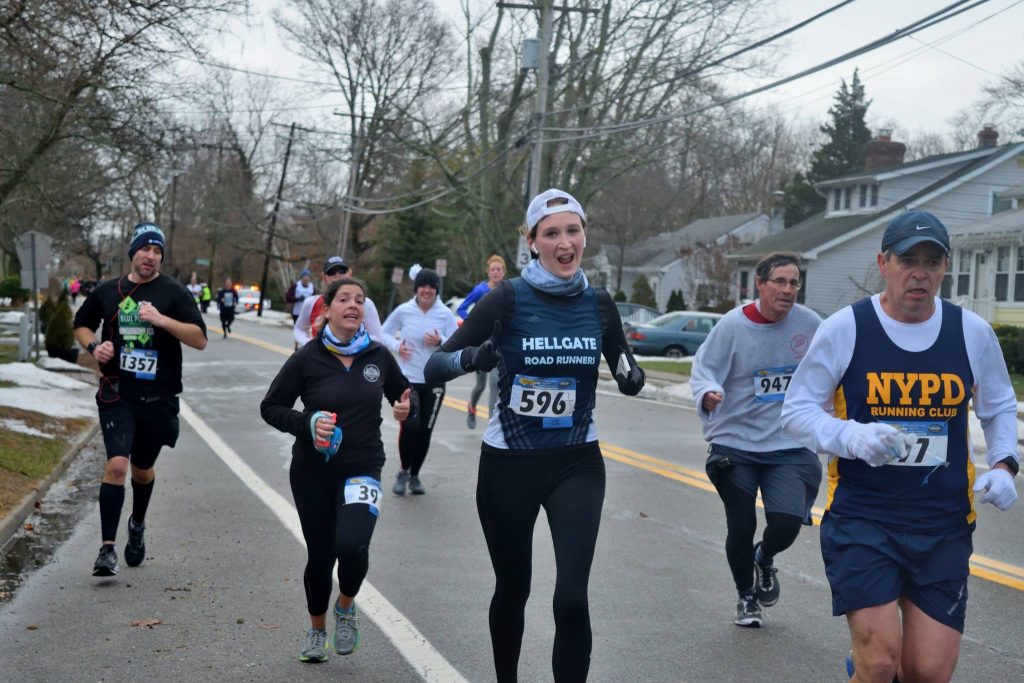 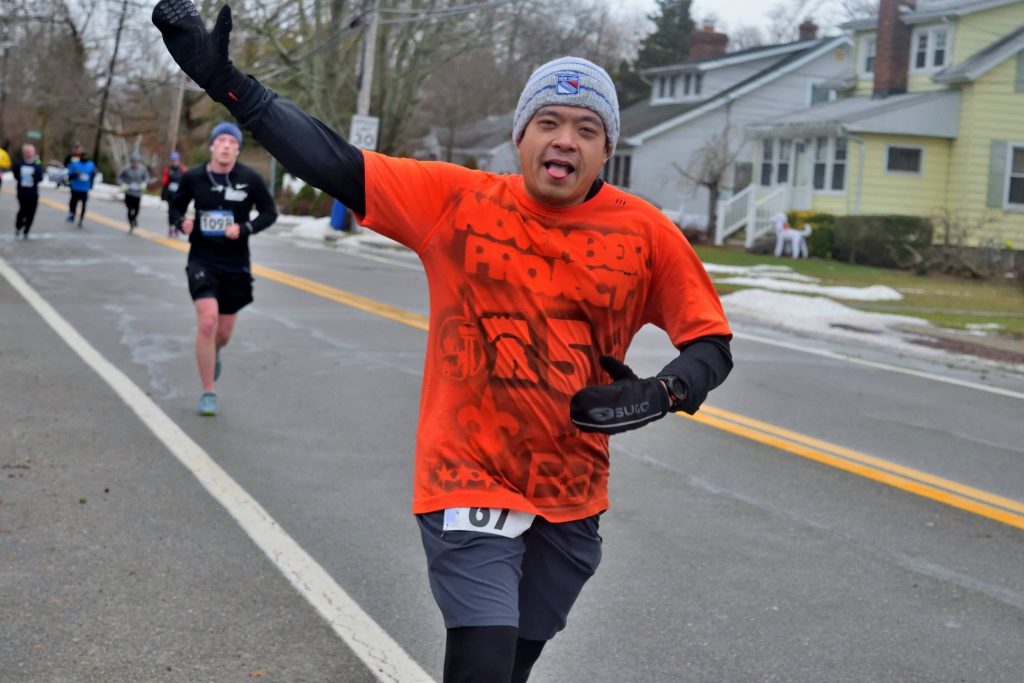 All in all it was a fun morning – definitely worth the trip out to Suffolk County! Unfortunately, I didn’t get to stay for the after-party at the brewery. It looked like a blast! 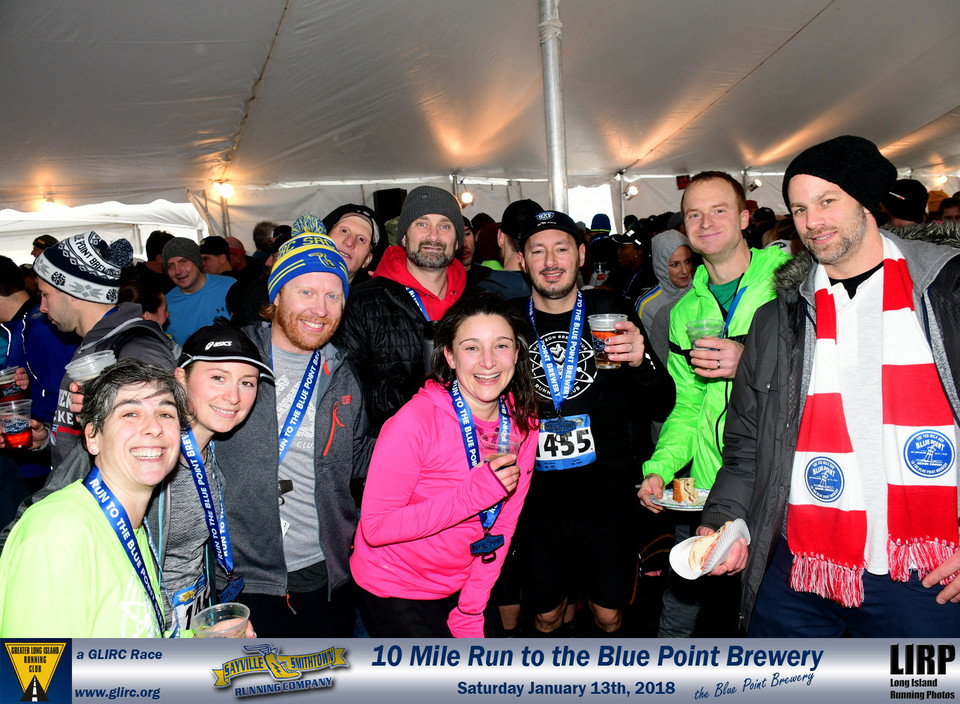 I’ve attached some more of my race photos below. The next race on my radar is the NYRR Fred Lebow Manhattan Half. Will I make it to the race? Will I sleep in? Find out on the next installment of Cheer Everywhere!